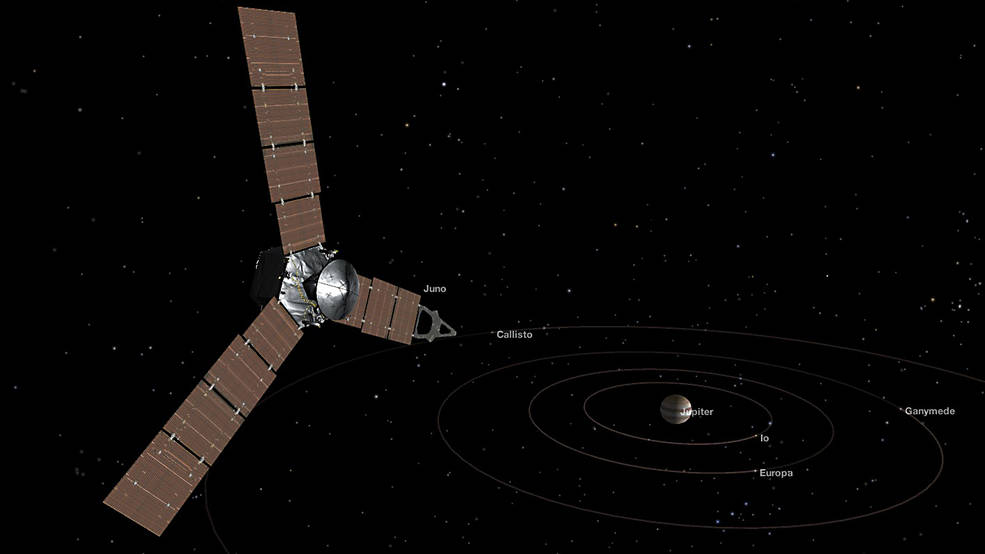 It's Juno final approach at Jupiter! The patriotic arrival date is a happy coincidence, according to the project’s principal investigator, Scott Bolton, who directs the space sciences department at the Southwest Research Institute in San Antonio, Texas.


“We did not actually select July 4,” Bolton told FoxNews.com during a June interview.  “Celestial mechanics selected it.”
On July 4, at 8:18 p.m. PDT, Juno will fire its main engine, beginning a 35-minute burn that will place it into orbit around Jupiter.

After a journey of more than 5 years, the Juno spacecraft is ready for its detailed look at Jupiter, the largest planet in the solar system.
Traveling 1.8 billion miles over five years, NASA's Juno spacecraft has almost reached Jupiter.
Juno will be the first spacecraft in more than a decade to orbit the planet.

If you are lucky and you're still at school, or you are a passionate student in science, don't loose this big opportunity.
Tell you students (if you are a teacher) or just download the app (if you are a student) to explore this awesome educational digital resource. The app Eyes on Juno. 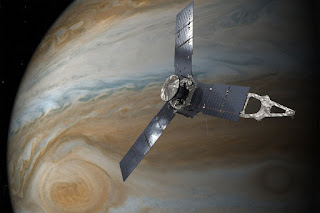 Eyes on Juno
Artist concept of Juno near Jupiter
http://eyes.jpl.nasa.gov/
Using Eyes on the Solar System and simulated data from the Juno flight team you can ride onboard the spacecraft using the app Eyes on Juno on your Mac or PC.
You can ride along with the Juno spacecraft in real-time at any time during the entire mission.

In this interactive visualization: app

"Science is fun. Science is curiosity. We all have natural curiosity. Science is a process of investigating. It's posing questions and coming up with a method. It's delving in."