Roger Moore is Goodwill Ambassador of Unesco since 1991. He was knighted in 2003 for his work for children’s charity UNICEF.

Now he is in a new project. A project supporting once again Unicef. 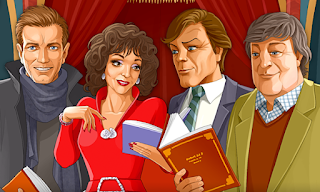 "We’ve done our best to cut them down to modern-day children’s attention time: they last anywhere between six and 10 minutes, so we’re trying to get all the classic parts of the fairytales across in little, compact modern versions that are easy to digest and entertaining."

It aims to produce engaging and entertaining versions of popular children’s fairy tales while helping to teach and educate children worldwide.

As part of the company’s mission to educate and support children, GivingTales kft is committing 30% of its revenue to Unicef to help children around the world. 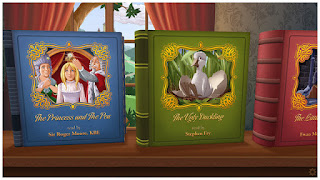 “The Ugly Duckling is the primal story about bullying and self-belief - it is a marvelous tale,”
Stephen Fry, actor, screenwriter and author 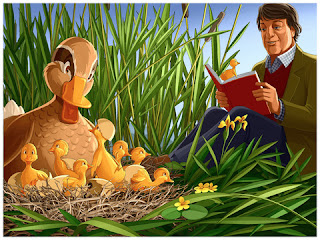 The Ugly Duckling is an amazing story about issues with bullying and self-belief, and while it might have been phrased differently 150 years ago, it’s something we’re still struggling with today.”

Values :
Many of the themes in Hans Christian Andersen stories have relevance for children today, such as bravery, selflessness, and compassion. Solidarity as well. 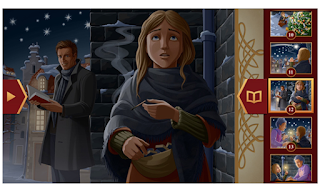 screenshot : app Giving Tales
http://www.windowsphone.com/
Roger Moore, the wellknown 007 agent in the 50's, has history with these stories. In 2005, he was appointed as an ambassador for Andersen’s work as part of the bicentenary of the Danish writer’s birth.
“I’ve been a long time admirer of Hans Christian Andersen’s work, and I think it’s a wonderful collection of fairy stories for children and adults alike,"
Sir Roger Moore 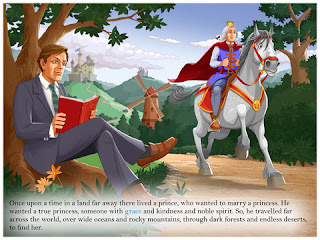 The free app includes Moore’s rendition of The Princess and the Pea, with other stories available as in-app purchases.


“I had the gall to read The Princess and the Pea to the Danish crown princess at the launch event, and that’s stayed with me. And then my son and his partner in this GivingTales project suggested that they could get Hans Christian Andersen out there in an app, and that there could be profits to Unicef.”

“I had the gall to read The Princess and the Pea to the Danish crown princess at the launch event, and that’s stayed with me. And then my son and his partner in this GivingTales project suggested that they could get Hans Christian Andersen out there in an app, and that there could be profits to Unicef,” says Moore.

As part of the company’s mission to educate and support children, GivingTales kft is committing 30% of its revenue will be donated to Unicef help children around the world. Roger Moore is a goodwill ambassador of Unicef. 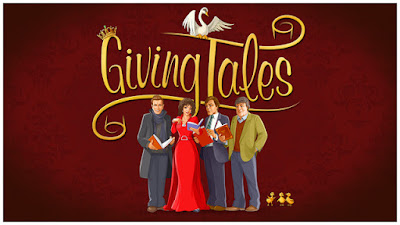 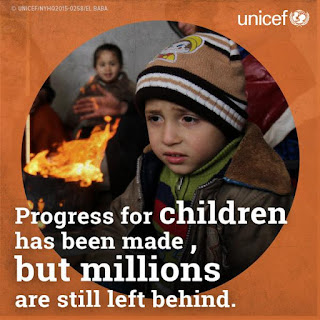 "Oh, what a tragedy that 120 million children are denied access to a primary school education. They can and never will know the wonder of this great author, playwright and poet."
Roger Moore
He hopes that modern children will respond to the stories in their latest, digital incarnation.
Today’s children are increasingly accustomed to consuming content in one short sitting. While paper books may be giving way to digital versions, classic fairy tales never grow old. There’s a big need to adapt traditional stories into shorter, animated versions, so they can captivate and inspire another generation of young readers. 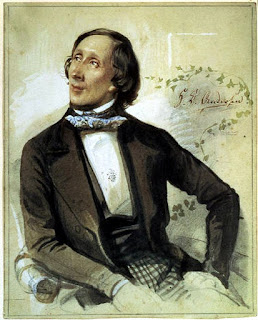 “If children are not familiar with Hans Christian Andersen, it’s a wonderful way for these stories to become part of their education. It’s good English, it’s well read – even by me – and the stories are intriguing,”
“He was a wonderful storyteller, particularly the fairy tales. Every story has a moral: compassion, selflessness, generosity. There’s a lot to be learned from it. A lot, without it being thrust down their throats.”

credits:  Iain Masterton/Alamy
http://i.guim.co.uk/
Apps for education are a awesome tool to involve kids learning to read. Engaging, interactive and entertaining versions of popular fairytales for children are important resources to introduce into the curriculum.

It’s good English, it’s well read – even by me – and the stories are intriguing,”

True. So if you teach English language, it's a wonderful educational resource to improve the language skills of your little students.

Some thoughts:
Moore is right. Young children continue to love Hans Christian Anderson fairy-tales when we reading them in the classroom. They listen to the stories over and over again.

So make your students discover a world filled with magic and colours through this free app beautifully illustrated books and let their imagination run wild in the most famous stories of all times!
At the same time, students are helping other children and young adolescents of the world. Remembering the values through the stories, improving as well for the values of solidarity, generosity if your students could help to educate other children who have no access to education.

“I had no idea what they meant by apps. But all they said was ‘can you get a few celebrities to record stories. So I approached Ewan McGregor, who’s an old friend – and I brought him in to Unicef a few years ago, actually – and I called Stephen Fry, and, of course, Dame Joan. So here we are.

“They did beautiful recordings. Mine, of course, was rubbish. He says modestly before you could say it! And the stories are beautifully illustrated too, by some wonderful illustrators in Hungary.”

Apps for Education : Children's farytales in English by G-Souto is licensed under a Creative Commons Attribution-NonCommercial-NoDerivatives 4.0 International License.