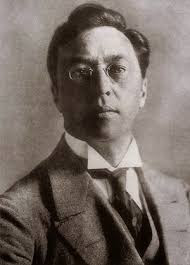 "Of all the arts, abstract painting is the most difficult. It demands that you know how to draw well, that you have a heightened sensitivity for composition and for colors, and that you be a true poet. This last is essential."

One of the pioneers of abstract modern art, Wassily Kandinsky exploited the evocative interrelation between color and form to create an aesthetic experience that engaged the sight, sound, and emotions of the public. He believed that total abstraction offered the possibility for profound, transcendental expression and that copying from nature only interfered with this process.

Highly inspired to create art that communicated a universal sense of spirituality, he innovated a pictorial language that only loosely related to the outside world, but expressed volumes about the artist's inner experience.


There she is, you are saying ! Writing about Art and Doodles, again. I know, I know. Being from Humanities, I love all the expressions of Visual Arts, Music, Literature, Linguistics.

Doodles! Well doodles are a awesome digital resource to introduce a new theme into curriculum and surprise the students as a motivation to awake their curiosity. Students love be surprised each lesson. Something rather new, unexpected is just the right tip. 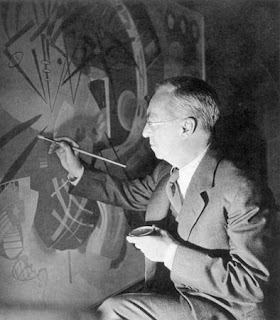 "To create a work of art is to create the world."

Born in Moscow in 1866, his career spanned five decades during which he was influenced by, among other artistic movements, Impressionism, Fauvism, Pointillism, Bauhaus architecture and abstract expressionism.

Kandinsky, who is credited with being the first painter to produce purely abstract works, used colour as an expression of emotion, often likening the process of painting to composing music.

Born on December, 16th, 1866 in Moscow, in a well-to-do family of a businessman in a good cultural environment. In 1871 the family moved to Odessa where his father ran his tea factory. There, alongside with attending a classical gymnasium (grammar school), the boy learned to play the piano and the cello and took to drawing with a coach.

"I remember that drawing and a little bit later painting lifted me out of the reality", he wrote later.

In Kandinsky's works of his childhood period we can find rather specific color combinations, which he explained by the fact that "each color lives by its mysterious life". 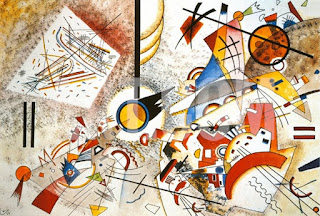 Kandinsky only began his artistic career at the age of 30, having previously studied law and economics at university to satisfy his family’s wishes.

In 1896, he decided to give up a successful career (associate Professor at Law Faculty) to devote himself completely to painting. Later on Kandinsky recollected two events, which had affected this decision: his visiting an exhibition of the French impressionists in Moscow in 1895 and an emotional shock he experienced from K. Monet's, "Haystacks", and an impression of Richard Wagner's "Lohengrin" at the Bolshoi Theatre.

He left for Munich, at that time considered to be one of the centers of the European art, and entered Anton Azbe's (Yugoslavian artist) prestigious private painting school , where he received the first skills in image composition, in work with line and form.

In 1900 after a failure of the previous year, Kandinsky entered the Munich Academy of Arts, and studied under Franz Stuck, "German graphic artist Number One".

Kandinsky returned to Moscow after the outbreak of World War I, but was not sympathetic to the official theories on art in communist Russia and went back to Germany in 1921, where he taught at the Bauhaus school of art and architecture from 1922 until the Nazis closed it in 1933.

He then moved to France, where he lived for the rest of his life, becoming a French citizen in 1939 and producing some of his most prominent art.

He died at Neuilly-sur-Seine (France) in 1944. His influence on 20th-century art, often filtered through the work of more accessible painters, was profound.

"Abstract art places a new world, which on the surface has nothing to do with "reality," next to the "real" world. Deeper down, it is subject to the common laws of the "cosmic world." And so a "new world of art" is juxtaposed to the "world of nature." This "world of art" is just as real, just as concrete. For this reason I prefer to call so-called "abstract art" "concrete art."

All my usual readers know how I support an entire education in school. STEM are crucial, Literature, Languages, Music and Arts are essential as well.

We can't develop digital skills without a complete education. Art is the first huge step towards a new futur to gifted kids.

All over the years, you read my thoughts about the importance of Arts in School Education, no matter the art fields: Music, Dance, Literature, Painting, Sculpture, Architecture.


"Everything starts from a dot."

Arts are absolutely necessary to a complete and better education of children and young adolescents. Throught primary to secondary education, some students discover their inner path on Arts and later they will choose Art colleges and Higher Schools of Arts to develop their aptitude by a real leaning.


Doodles ! Love Google doodles! They can be include into any curriculum as I already wrote. Doodles combine creativity, curiosity, digital skills, culture and a motivation to a different start of an interesting lesson, You must think about it.

Here, a good digital resource to one or two lessons on Modernism. Of course each teacher must prepare and adapt the activities to the level they are teaching.

Ask your students to explore the websites Kandinsky and The Art Story/ Wassily Kandinsky to an interesting start on the subject.

ICT and social media in the classroom are important tools to tackle the world's toughest problems creating bridges and establish a truly intercultural world, where diversity can be celebrated, a world where different cultures not only coexist but value each other for their contributions and potential.

"Lend your ears to music, open your eyes to painting, and... stop thinking! Just ask yourself whether the work has enabled you to 'walk about' into a hitherto unknown world. If the answer is yes, what more do you want?"