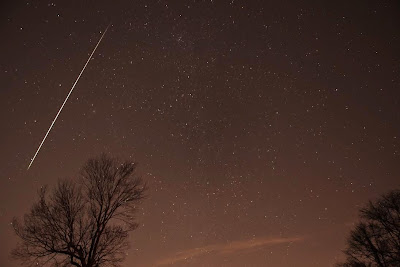 2014 has been a awesome year on science in the sky, astronomy. The Camélopardalides (May/Mai), the Summer Super moons (July), the Perseids (August), the Orionid shower (October), and now we are preparing to watch the Geminids.

After the Perseids took a battering from the Moon last August, the Geminids will provide the best meteor display of 2014. The shower’s been strengthening in recent years and now surpasses every major shower of the year.

The  Geminids, so called because the apparent source of their trails is placed in the constellation of Gemini (the Twins) - originates from an asteroid, (3200) Phaethon, this making them one of the only two showers sharing this feature.

Since the return of this rich and reliable annual meteor shower occurs around 6 a.m. (CST) on Sunday December 14th, both Saturday and Sunday nights will be equally good for meteor watching. 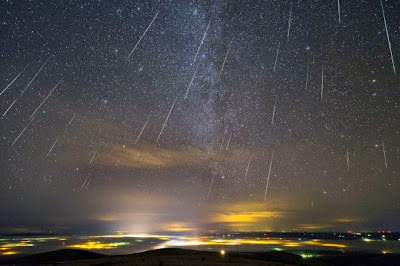 The Geminids can be annually observed between December 4 and December 17, with its peak activity being around December 14. The shower owes its name to the constellation Gemini from where the meteors seem to emerge from in the sky.

Unlike most other meteor showers, the Geminids are associated not with a comet but with an asteroid - the 3200 Phaethon. The asteroid takes about 1.4 years to orbit around the Sun.

Geminids appear every year in mid-December when Earth passed through a stream of debris from "rock comet" 3200 Phaethon.  Typically more than 100 meteors per hour stream out of the radiant in the constellation Gemini. when the shower peaks on Dec. 13th and 14th.

In 2014, the Geminids will peak in two days, between December 13 and 14.  A 3rd quarter moon may make it too bright for observers to view the shower.

Next Sunday, 14 Dec. 2014, the spectacular Geminid meteor shower will be back with its spectacular show.

The annual meteor shower occurs around 6 a.m. (CST) on Sunday December 14th, both Saturday and Sunday nights will be equally good for meteor watching.

Most of us are excited about the Geminids shower. Science teachers and students. Skywatchers as well.

Do you remember the Perseid meteor shower in August 2013? What a sky show full of stars.

This time teachers and students are just ending school time before holiday season.

So, once again, science curriculum will be enhanced with the help of another awesome event in the sky.

As a motivation, ask about Annie Jum Cannon. Do students know who she was? Include the Google Doodle about her 151st anniversary into your lesson.

During the Geminids shower sky watching, teachers, students can do some good shots, or videos with iphones, smartphones or tablets to discuss the theme the next lesson before or after Christmas. That will depends where you are living and teaching.

Using the smartphones, students will need a cable release chord. Luckily they can actually use their iPhone headphones' cable volume button to activate the shutter. And they also need an app designed to take long exposure photos.

Where to view the Geminids :

The Geminids can be observed from locations all around the world.

Tell your student that it is not necessary to look in a particular direction to enjoy a meteor shower – just lay down on the ground and look directly above and they  and you are bound to see some meteors – astronomers suggest looking towards the south to view the Geminids. 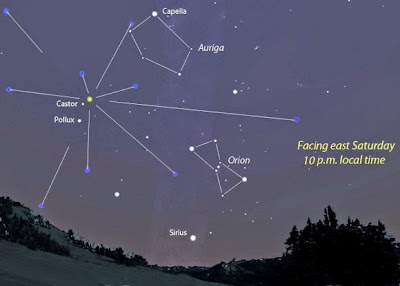 When to view the Geminids :

A last quarter moon will interfere with viewing this most reliable meteor shower. The best meteors will be visible about 90 degrees away from the radiant in Gemini.

The third quarter Moon rises around midnight Saturday and 1 a.m. on Monday morning.

Normally, moonlight would be cause for concern, but unlike many meteor showers the Geminids put on a decent show beforemidnight. The radiant, the location in the sky from which the meteors will appear to stream, will be well up in the east by 9:30 p.m. local time. That’s a good 2-3 hours of meteor awesomeness before moonrise. 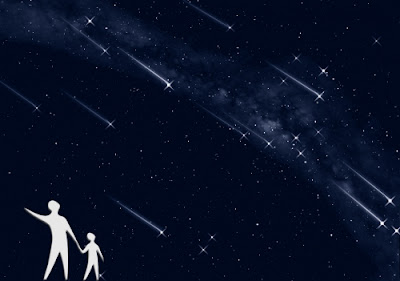 How to view the Geminids :

Shower watching is a total blast because it’s so simple. Your only task is to dress warmly and get comfortable in a reclining chair aware from the unholy glare of unshielded lighting. The rest is looking up. Geminid meteors will flash anywhere in the sky, so picking a direction to watch the shower isn’t critical. I usually face east or southeast for the bonus view of Orion lumbering up from

Here are some tips on how to maximize your time looking for the Geminids: 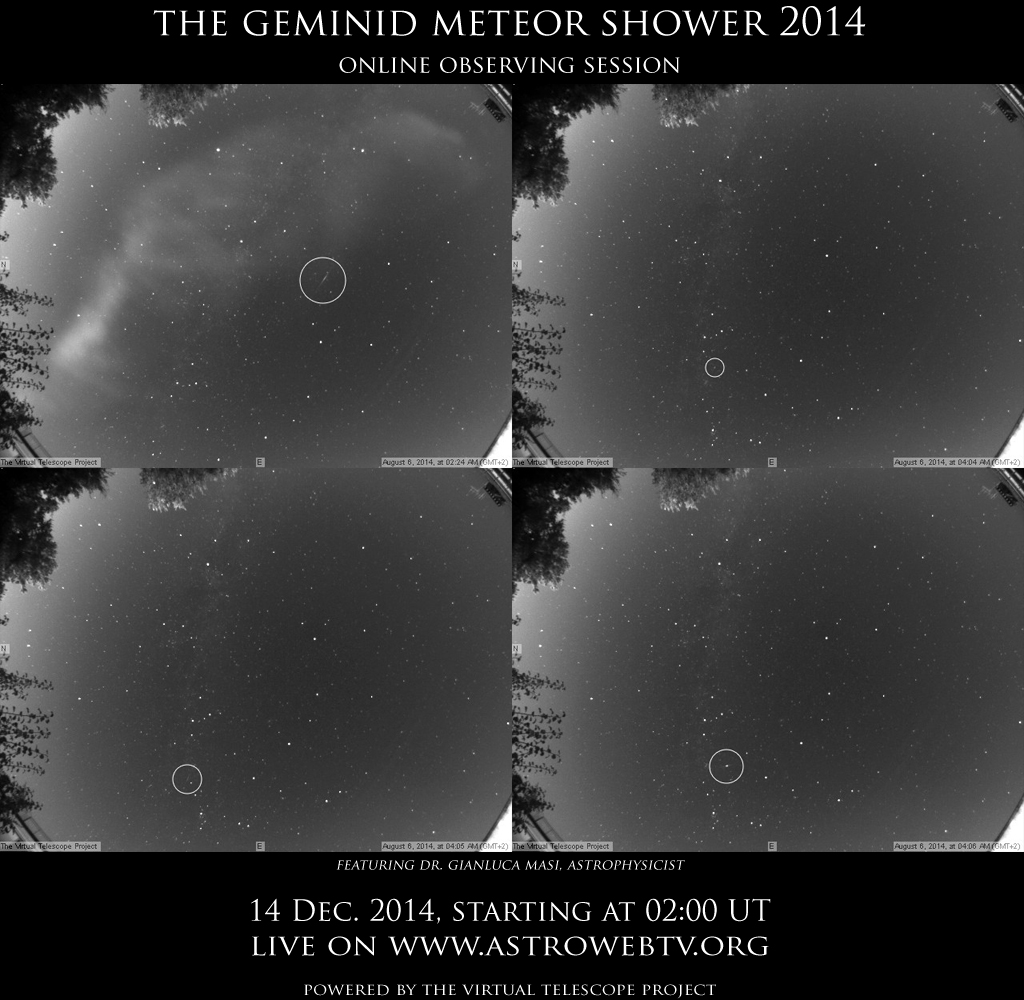 Most of us will head out Saturday or Sunday night and take in the shower for pure enjoyment, but if you’d like to share your observations and contribute a bit of knowledge to our understanding of the Geminids.
Italian astronomer Gianluca Masi will webcast the shower starting at 8 p.m. CST December 13th (2 a.m. UT Dec. 14) on his Virtual Telescope Project site.

Hey ! Don't forget ! The peak of the Geminid meteor shower in 2014 is probably the night of December 13-14. The last quarter moon in the morning hours should not obtrude too greatly on the great celestial light show.

Schools : Ready to watch the Geminids shower ? by G-Souto is licensed under a Creative Commons Attribution-NonCommercial-NoDerivatives 4.0 International License.