November rundown of the most read posts 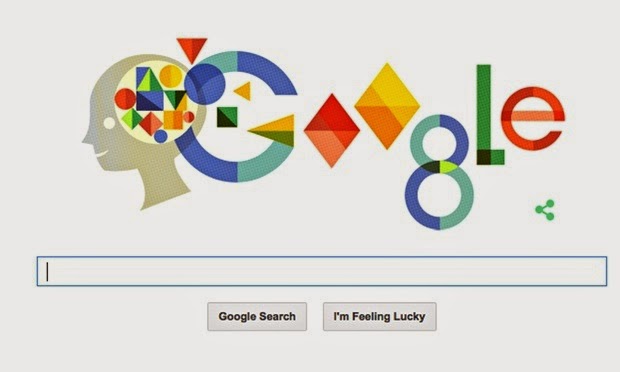 Today, December 3, Google celebrates with a doodle the 119th birthday of Anna Freud, daughter of Sigmund Freud. No doubt ! Google loves women in Science or Humanities !
The doodle is a playful interpretation of Anna Freud’s legacy, using multi-coloured shapes to reflect the complexity of her trade and the youth of her patients.
Anna was a celebrated psychoanalyst in her own right, who is regarded as one of the founders of psychoanalytic child psychology. 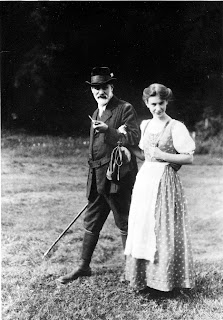 Anna Freud & his father
http://www.freud-museum.at/en/
Born in Vienna in 1895, the sixth and last child in the family, her immersion in her father’s work began at the age of 13, when she began participating in his weekly discussions on psychoanalytic ideas.

Anna Freud started her career as a teacher in 1920s Vienna, and established her own psychoanalytical practice with children in 1923. It is during this time that she realised the early toddler years are crucial to a child’s future mental development.
In 1935 Anna became director of the Vienna Psychoanalytical Training Institute. But she and her father were forced to flee Nazi-occupied Vienna in 1938, and so she established the Hampstead Child Therapy Course and Clinic in London, which was re-named the Anna Freud Centre after she died in 1982 in London.

"I don't think I'd be a good subject for biography," (...) "not enough 'action'! You would say all there is to say in a few sentences - she spent her life with children!"

Do you want a better definition about Anna Freud? It was impossible not to mention Anna Freud on my blog as a pedagogue who cares about children and young people and spent her life with young people. My tribute to Anna Freud !
Yes, I Know. It's the end of the month and as I do every month I have put together a list of the most popular posts of the month. You will find posts written in English, French and Portuguese.

Apps in Education : The Tortoise and the Hare in AR

Schools : Take a selfie with a Painting


Wherever you are, I hope you are enjoying your teaching and are doing an incredible job with your students.

I'm back to posting the normal roundup this week.
G-Souto

November rundown of the most read posts by G-Souto is licensed under a Creative Commons Attribution-NonCommercial-NoDerivatives 4.0 International License.