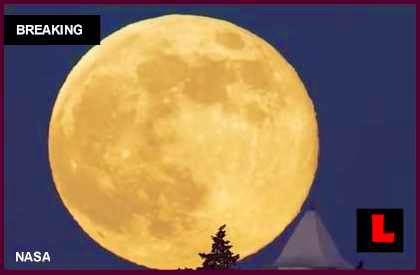 The moon will appear unusually large and bright this Saturday evening, in the first of three so-called ‘Supermoon’ events that will take place this summer.

The so-called "supermoon" occurs when the Moon reaches its closest point to Earth, known as a perigee full moon.

The summer of 2014 will be bathed in moonlight as three perigee "supermoons" occur in consecutive months: July, August, September. Oh, my ! So good for all of us ! And the students, of course.

The scientific term for the phenomenon is "perigee moon." Full Moons vary in size because of the oval shape of the Moon's orbit. The Moon follows an elliptical path around Earth with one side ("perigee") about 50,000 km closer than the other ("apogee").  Full Moons that occur on the perigee side of the Moon's orbit seem extra big and bright.
This coincidence happens three times in 2014.  On July 12th and Sept 9th the Moon becomes full on the same day as perigee.  On August 10th it becomes full during the same hour as perigee—arguably making it an extra-super Moon."
Stargazers will be able to catch the moon appearing to be strangely luminous at 11:25 (GMT) tonight, when it will be 222,611 miles away and in what is known as its perigee.

Tonight’s Supermoon full moon peak time is different than last year. LALATE has been covering the Supermoon since 2011. That year was the first time in which a “perigee full moon” occurrence got a new name as a “Supermoon”. The confusion stems from the name. We have always experienced on earth a “perigee full moon” roughly 13 months and 18 days. But only starting in 2011 did we start to give the evening a new name as a “Supermoon”.

This year, because there are three Supermoons, NASA is reminding fans that we can now even use three different names: 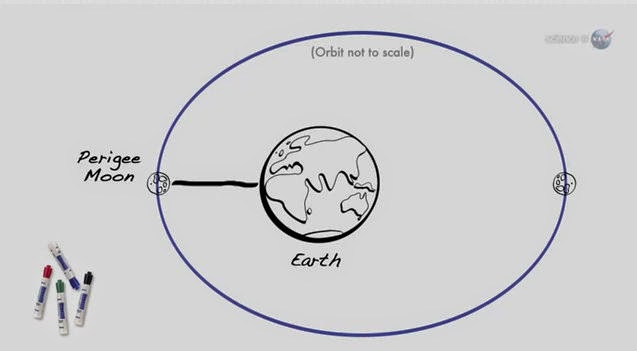 Full moons vary in size because of the oval shape of its orbit and its elliptical path around Earth.

When in perigee, the moon is around 50,000 km closer than when it is furthest away, or in apogee.

On 12 July and at 01:38 (GMT) on 9 September, it will become full on the same day it is in perigree, and appear in the sky as an enormous, glowing orb.

But true astronomical buffs are most excited by 10 August, when the moon will be 863 miles closer than on Saturday, and will become full on the same hour as perigree and will appear at its brightest in 2014.

Unlike solar eclipses and other celestial treats, supermoons occur every 13 months and 18 days, Geoff Chester of US Naval Observatory told NASA Science. However, these events are not always noticed, as they can be masked by clouds and poor weather.

In fact there are two further perigree moons on the astronomical calendar this year, but these are not visible from Earth.

Go outside to see Venus and Jupiter at dawn, Saturn and Mars at dusk. No telescope required! Plus the annual Perseid meteor shower is in full swing now through the 17th.
The shower peaks the night of August 12-13, but the bright moon that night will likely interfere with viewing some of the fainter meteors. The Perseid shower occurs each year when Earth travels through a trail of dusty particles left behind by comet 109P/Swift-Tuttle.

Three Supermoon in a Row ! Wow !

The last time a supermoon made headlines was in June last year, when it appeared to be 14 per cent bigger and 30 per cent brighter. You can read my post Super moon in Science education

Schools are closed in the most part of the world. It's summer break for students and teachers.

However, teachers are in touch with students via Facebook or Twitter school email accounts, or even on blogs or educational websites (school or individual).

So they can invite th students to join some skywatchers at national observatories of Astronomy, or go out with family observing the supermoon of tonight and the next one on August 10th.

Ask students to make some shots or videos with their smartphones, tablets or
iphones to explore in Sciences curriculum after Summer holiday.

And of course, compare the supermoon on September, 9th 2014.

After the three supermoons 2014, teachers and students will exchange their experience and debate the interesting Science case.

In practice, it's not always easy to tell the difference between a supermoon and an ordinary full Moon. A 30% difference in brightness can easily be masked by clouds and haze.  Also, there are no rulers floating in the sky to measure lunar diameters. Hanging high overhead with no reference points to provide a sense of scale, one full Moon looks about the same size as any other.

“The ‘Moon Illusion’  is probably what will make people remember this coming set of Full Moons, more than the actual view of the Moon itself,”

"There's a part of me that wishes that this 'super-Moon' moniker would just dry up and blow away, like the 'Blood-Moon' that accompanied the most recent lunar eclipse, because it tends to promulgate a lot of mis-information," (...) "However, if it gets people out and looking at the night sky and maybe hooks them into astronomy, then it's a good thing."

Geoff Chester of the US Naval Observatory

Hope you will enjoy to be a skywatcher tonight, July 12th, August 12th and September 9th admiring the beauty of this awesome scientific event. 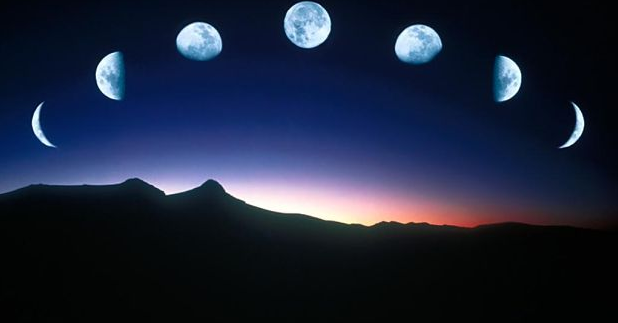 Oh ! By the way, are you ready to attract your heartfelt longings by doing a moon ritual focused on manifestation?

The dark side of the moon, with its mysterious unseen forces, offers a nurturing environment where our intentions can establish roots before their miraculous manifestations begin to sprout and reach out to the stars.

For those who are lucky, stay 'Up all Night' to watch the Supermoon ! And for spiritual people, prepare yourself a sacred space where your will perform the ceremony when the new moon arrives.
Namaste !
G-Souto
12.07.2014
Copyright © 2014G-Souto'sBlog, gsouto-digitalteacher.blogspot.com®