World Day for Culture Diversity, for Dialogue and Development 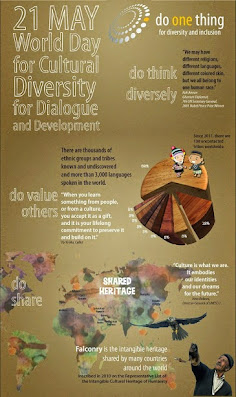 "Our cultural diversity is the common heritage of humanity. It is a source of renewal of ideas and societies, through which we open up to others and craft new ways of thinking. This diversity provides opportunities for peace and sustainable development."


The day provides us with an opportunity to deepen our understanding of the values of cultural diversity and to learn to live together better.
On 5 May 2014, the UN General Assembly held a day-long debate on “Culture and sustainable development in the post 2015 development agenda.”
Speakers underscored through country level testimonies and global data how culture, in its manifold expressions ranging from cultural heritage to creative industries, from sustainable tourism to cultural infrastructure, drives and enables the social, environmental and economic pillars of sustainable development.
"In the final push to achieve the Millennium Development Goals, UNESCO is continuing to strengthen its advocacy and action in favour of the link between culture and sustainable development."

Celebrations to create greater awareness of cultural values and the need to preserve them are welcome on these special days.

It's important to organize educational programs for children an young adults. After all, schools have the most important role on this matter. 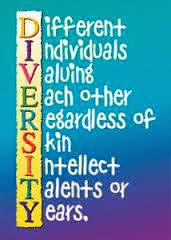 The World Day for Cultural Diversity for Dialogue and Development tends to be marked in countries that embraced their varied cultural history and acknowledged the importance of embracing it.

The students are curious about other cultures and traditions and love to learn about it. They are also so creative that we can not forget to push this creativity for dialogue and development.

Parents, showcase the traditional stories from your culture and use them as bed-time stories to enchant your children.


The film illustrates through motion graphics and photographs how the International Fund for Cultural Diversity (IFCD) invests in creativity to transform societies.

Established under the 2005 UNESCO Convention on the Protection and Promotion of the Diversity of Cultural Expressions, the IFCD is the international cultural cooperation platform that supports over 70 projects on entrepreneurship and business development, new technologies and innovation, empowering individuals and social groups. 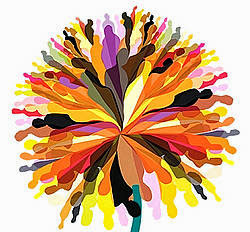 The film encourages creative young adults to make contribution to the IFCD in order to invest in creativity in developing countries and transform societies towards achieving sustainable development.

UNESCO will support your creative projects. Go ahead !

"Our cultural diversity is a stimulator of creativity. Investing in this creativity can transform societies. It is our responsibility to develop education and intercultural skills in young people to sustain the diversity of our world and to learn to live together in the diversity of our languages, cultures and religions, to bring about change."
Irina Bokova, 2014 message

"People of different religions and cultures live side by side in almost every part of the world, and most of us have overlapping identities which unite us with very different groups. We can love what we are, without hating what – and who – we are not. We can thrive in our own tradition, even as we learn from others, and come to respect their teachings."

Education : World Day for Culture Diversity, for Dialogue and Development  by G-Souto is licensed under a Creative Commons Attribution-NonCommercial-NoDerivatives 4.0 International License.
Posted by G-Souto at 4:00 PM