October : The most popular posts 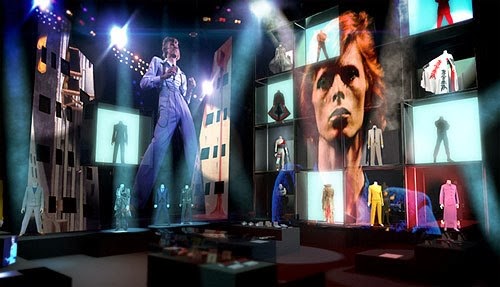 Yes! I'm a fan of David Bowie! He is one of my favourite singers/musicians. David Bowie has been an endless game in the media and popular culture. Singer, dancer, actor, provocateur, innovator.

The October issue of BBC History Magazine saw 10 fashion experts select the men and women they believe have set the fashion world alight over the centuries, and BBC History Magazine asked readers to vote for their favourite.  And David Bowie had been named the best-dressed Briton in history.

“Don't follow me. Look at what you want to be and go and do it, because that's the one thing you can go uniquely in life. "

So this could be the quote for this post. I believe and practice the differentiation as a value by focusing on individual identity of my students.

Well, after three busy weeks, having important work to do - the most impressive it was judging educational media as a member of the jury of MEDEA Awards - back my regularly scheduled program today! The most popular posts of the month.

And now, let's doing! This is October in review of teaching and learning school series.

I added eleven posts in October - Wow! - on different subjects. Here my list of the 5 most popular, presented in most reading order.

In October, I wrote posts in English, Français and Português.

I am glad to see that the most-read post of October is Visiokids: Education: Sciences & 3D.

Visiokids is a 3D animation TV series (Portuguese language), made in Portugal by Isizium, focused on science, (consultancy at University of Porto) consisting of a total of 65 episodes with a minute and a half long.

It's directed specially to children and young students aged 6-12, being an exciting, informal and accessible educational digital resource to Science (curiosities and questions present in everyday family life). The University.

Oh! What a special day! October 1 is International Music Day! And Music has always an important role on my blog.

As you already know me well as my usual readers, it would be impossible not to write about Music Day.

"No truly cultural pursuit, involving the intellect and the emotions, is complete unless it can be regarded as both an end and a means. It is an end in itself so far as it moves the aesthetic sense, gives immediate pleasure and becomes a part of our being. It is a means in the sense that it should raise us to a higher level, make us capable of going further to accomplish other, more difficult, more pregnant acts of cognition-in short, of developing our own powers and helping to develop those of the community."

I think music should be taught in every school, from primary to secondary education as a serious curriculum.


The aim is not to form not only professional musicians, but to develop the appreciation, taste and critical judgment of the listener from his earliest youth, so as to train him and enable him to appreciate the beauty and wealth of musical masterpieces.

And what about special needs students? Yesterday, I read a fantastic article on FastCompany website: How to write Music in color! Absolutely! Agree!

The article is about the sound-artist|designer Yuri Suzuki ! As a dyslexic kid he learned music not through sheet music but through “Color Chaser".

"Music has the potential to achieve social and psychological transformation of children and young people. Their sensibility will be accurate. We must never waste such an opportunity as teachers! Captivating the major interests of our students about Music."

Music, as you can read on several posts on my blog, is fundamental in Education of children and young people.
If music is thus integrated into general education, it becomes a useful auxiliary to the other subjects of School Education.

Visual Learning in School Education: The series 'Stephen Hawking: Riddles Of Time & Space' would provide a glimpse into "the man, the myth and the legend,"

But this is not all about visual learning and Stephen Hawking. The scientist is very inspirational.

Reading The Guardian last month, I watched an incredible video about Stephen Hawking.

So, do you want a better educational digital resource that this video animation? It's a wonderful video to talk about Stephen Hawking's ideas in the classroom.

As I wrote on Videos in the Classroom : The Higgs Field, students love videos in school curriculum. They learn more watching to a video than hearing thousands words.

The old approach to school curriculum was teachers lecturing to students with lessons centered around a textbook.
Now, under a new curriculum being rolled out the last academic years, educational digital resources (videos, apps, games, infographics) and tools (tablets, smartphones and other devices) have replaced textbooks, and student-centered debate, inquiry and discussion is the main focus. 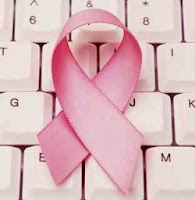 Seeing pink? October is Breast Cancer Awareness Month. It was with these words I started my post Going Pink at School: Let's do it! Remember?

An opportunity to draw attention to our girls students. Girls are growing up faster and need to be aware that it is out there and early detection is the best cure and hope of getting through this awful thing.

Unfortunally, as educators, we all have known some children and young people who have or had cancer or often coexist with cancer because they have brothers or sisters, sometimes mothers or grandmothers suffering with this disease. 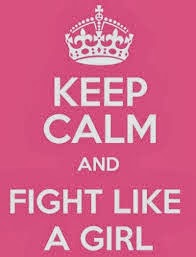 Schools can holding special programs to educate students and teachers about how survival rates increases through early detection.

I think it would be important to introduce cancer awareness in school curriculum, not only in sciences curriculum.

I know several schools that involve young students to raise awareness about this disease.

“Education helps students and teachers not only protect their families, but also their own lives,”

I hope the activities I proposed were useful to you and had a big success among your students.

It's not the first time I write about MOOCs. MOOCs (Massive open online courses) provide online access for all.

On the first post MOOCs in a simple way I introduced the 'a-ha' in Higher Education and completed the post with a video published in The New York Times. 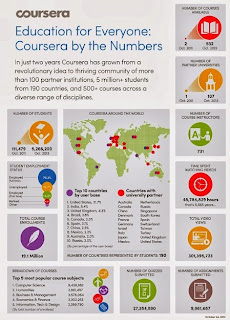 via The Next Web

MOOCs are offered not only from universities using their own or a shared platform, but also from nonprofit organizations, trade associations or single businesses or even from an individual using free online course builder tools to create their own MOOC.

The two infographics show the impact of coursera in Europe and all around the world.

Impressive, isn't it? In just two years (this started in 2011) Coursera has grown "from a revolutionary idea to thriving community of more than 100 partners institutions, 5 million+ students from 190  countries, and 500+ courses across a diverse range of disciplines"?

So many countries, languages, and educational backgrounds represented! This is an important movement promoting lifelong education for everyone from every corner of the globe.

I hope that all of you had a great weekend and feel ready for the new week ahead. As I do every month, I've put together a short list of the most popular posts of the previous month.

Hoping that all of you tried some of my tips, resources or ideas to do something different at your class.

Have a great new week !

October : The most popular posts by G-Souto is licensed under a Creative Commons Attribution-NonCommercial-ShareAlike 3.0 Unported License.