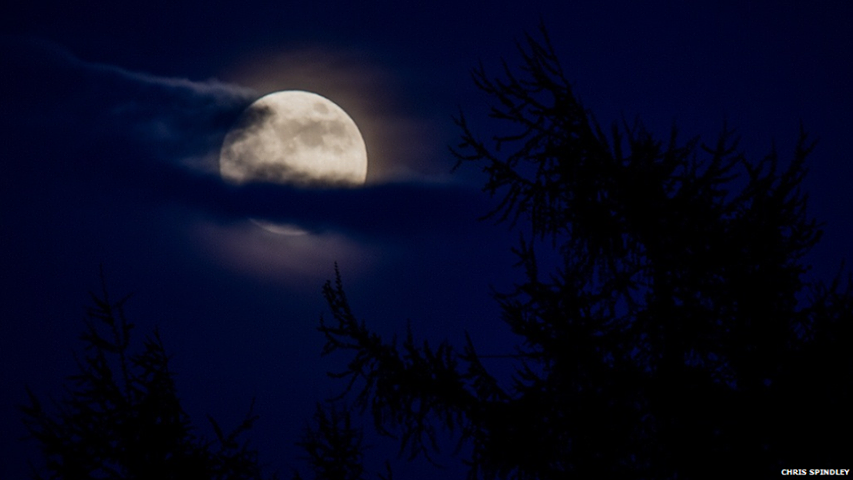 Tonight, June 22, the sky is set to be illuminated by what will appear to be a much bigger and brighter Moon.

The so-called "supermoon" occurs when the Moon reaches its closest point to Earth, known as a perigee full moon.

Remember full moon on March 19, 2011? It was an amazing moment for all skywatchers.
The effect is to make the Moon seem 30% bigger and 14% brighter than when it is furthest from the planet.
"It doesn't matter where you are, the full moon you're seeing will be the biggest for 2013," Michelle Thaller, the assistant director of science at NASA's Goddard Space Flight Center said. "… That 12 percent size different can mean as much as a 30 percent change in the brightness, so this will be a particularly bright supermoon."
Skywatchers who miss the phenomenon this weekend because of cloudy skies will have to wait until August 2014 for the next one.
But let us watch another scientist who explains the phenomen so clearly:


Credits video: CBS News
Another space expert Heather Couper said "supermoons" were the result of coincidence.
"The Moon goes round in an oval orbit so it can come very close to us, and if that coincides with a full moon, then it can look absolutely enormous," she told BBC Radio 4's Today programme.
She explained that when the Moon was high in the sky, it looked normal. Listen her here 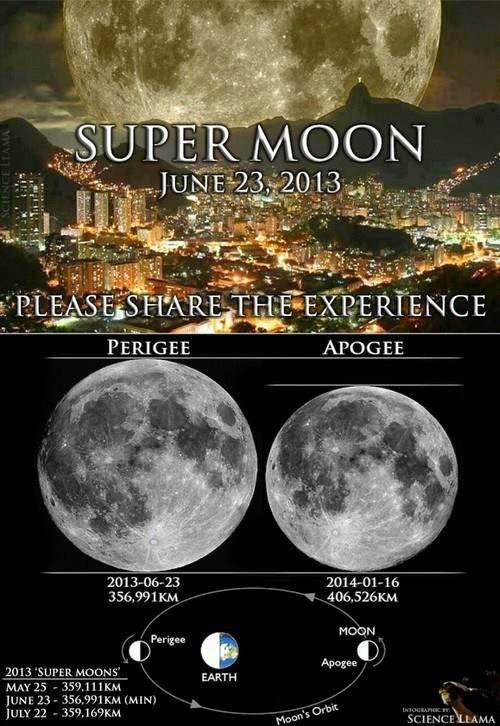 Super Moon 2013
http://www.baltimorenewsjournal.com/
Education:
For many, the moon appears about as full in the June 22 evening sky as it does on the evening of June 23 for others.
This full moon is not only the closest and largest full moon of the year. It also presents the moon's closest encounter with Earth for all of 2013.
So you have here some fantastic digital educational resources, the videos,  to share in Sciences curriculum next lesson and explain to your students this awesome phenomenon.
If you are lucky enough, you already organized a skywatecher outdoor lesson with your students and you will be observing live.
Hope I get lucky too!
G-Souto
22.06.2013
Copyright © 2013G-Souto'sBlog, gsouto-digitalteacher.blogspot.com®

Super Moon in Sciences Education by G-Souto is licensed under a Creative Commons Attribution-NonCommercial-ShareAlike 3.0 Unported License.