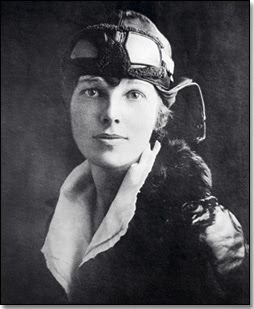 Amelia Earhart
https://www.topsecretwriters.com/
"The most difficult thing is the decision to act, the rest is merely tenacity. The fears are paper tigers. You can do anything you decide to do. You can act to change and control your life; and the procedure, the process is its own reward."

The name Amelia Earhart conjures up feelings of admiration and respect in the minds of millions of people. 115 years following her birth, Google is honoring the 150th birthday of the pioneering American aviator (and author) Amelia Earhart. Seventy five years after her disappearance, the aviation heroine's end still remains an enigma.

The Google letters take the place of the original registration number of the Lockheed Vega 5b - NR-7952 - painted below the wings of the aircraft.

Amelia Mary Earhart was born on July 24th, 1897. In 1937 she started an attempt to make a circumnavigational flight of the globe. But Earhart disappeared over the central Pacific Ocean.
She is truly an admirable role model. As the first female pilot to cross the Atlantic Ocean, she was awarded the U.S. Distinguished Flying Cross. Nicknamed “Lady Lindy”, Earhart set numerous aviation records before her disappearance over the Pacific Ocean on her final flight in 1937. 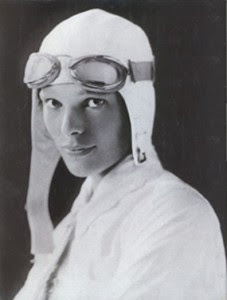 Amelia Earhart was the first woman to fly solo across the Atlantic Ocean alone on May 20-21, 1932. She had originally intended to emulate Charles Lindbergh's solo flight and fly to Paris. Her flight that lasted 14 hours and 56 minutes landed in a pasture in Culmore, Northern Ireland.
Determined to justify the renown that her 1928 crossing had brought her, Earhart crossed the Atlantic alone on May 20–21, 1932. Her flight in her Lockheed Vega from Harbour Grace, Newfoundland, to Londonderry, Northern Ireland, was completed in a record time of 14 hours 56 minutes despite a number of problems.
In 1935 Earhart made history with the first solo flight from Hawaii to California, a hazardous route 2,408 miles (3,875 km) long, a longer distance than that from the United States to Europe.

Amelia Earhart's Lockheed Vega 5b is now a part of the collection of the National Air and Space Museum in Washington DC. 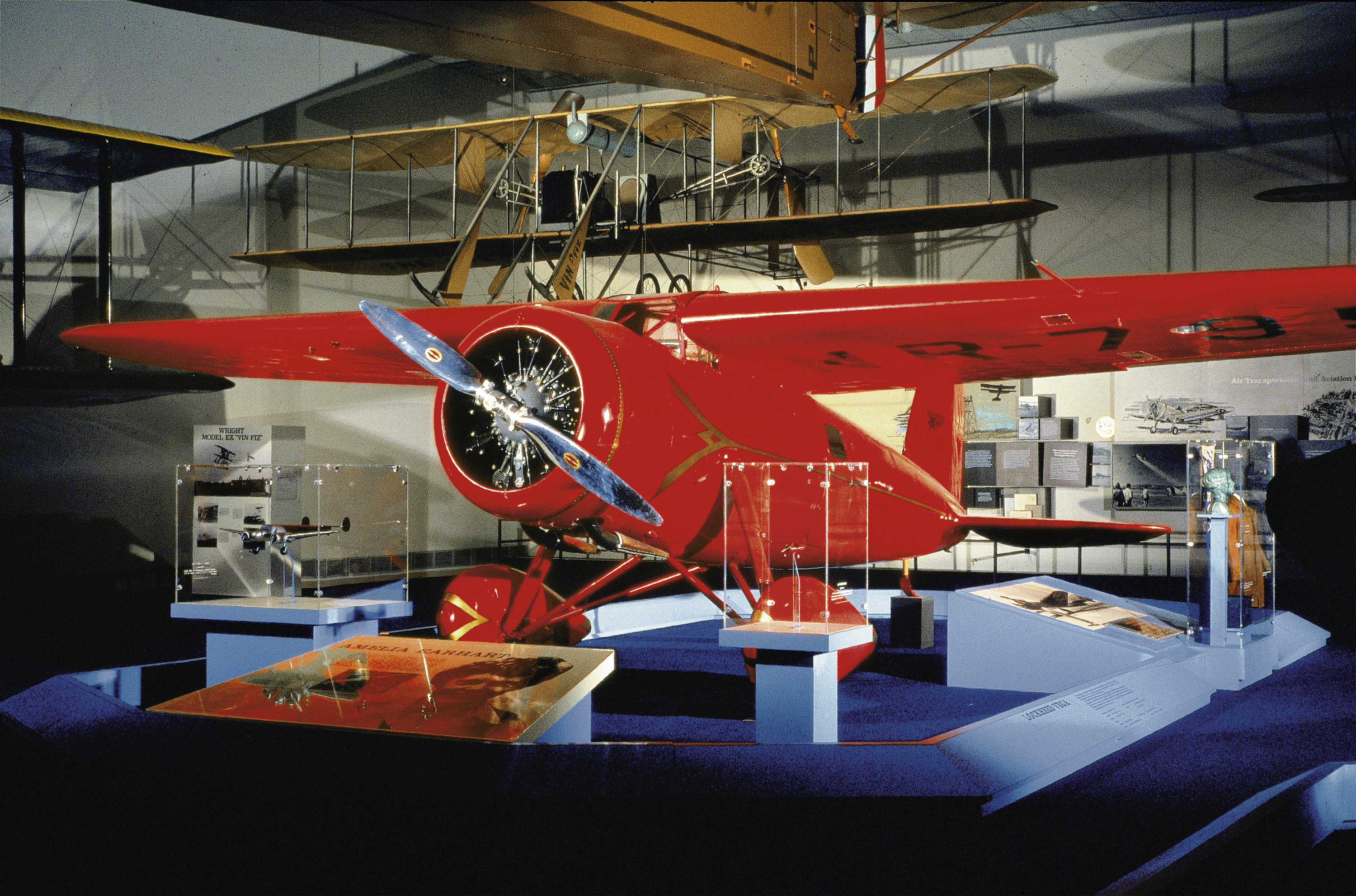 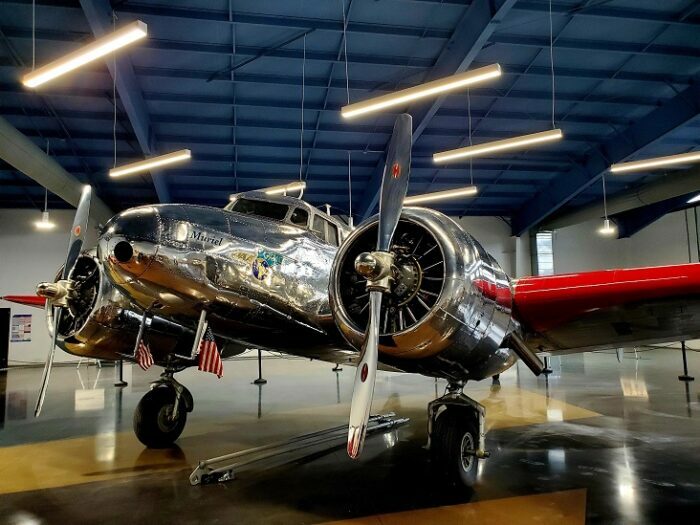 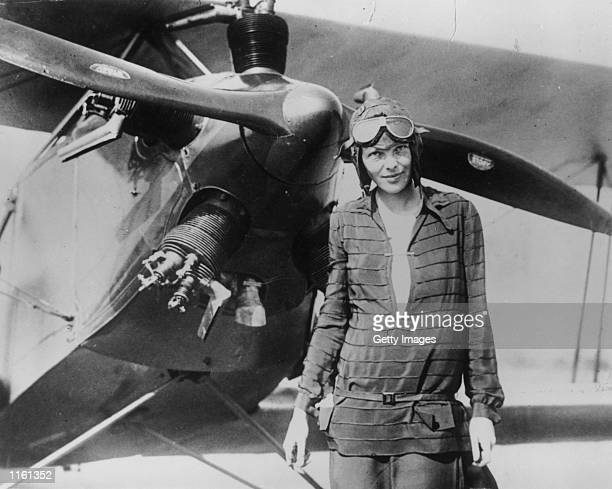 She set many other records, wrote best-selling books about her flying experiences and was instrumental in the formation of The Ninety-Nines, an organization for female pilots.
On July 2, 1937, Earhart set out to fly around the world in a twin-engine Lockheed Electra 10-E along with her navigator Fred Noonan. But the plane vanished in the central Pacific Ocean. At the time of their disappearance Earhart and Noonan had completed more than two-thirds of their intended distance. 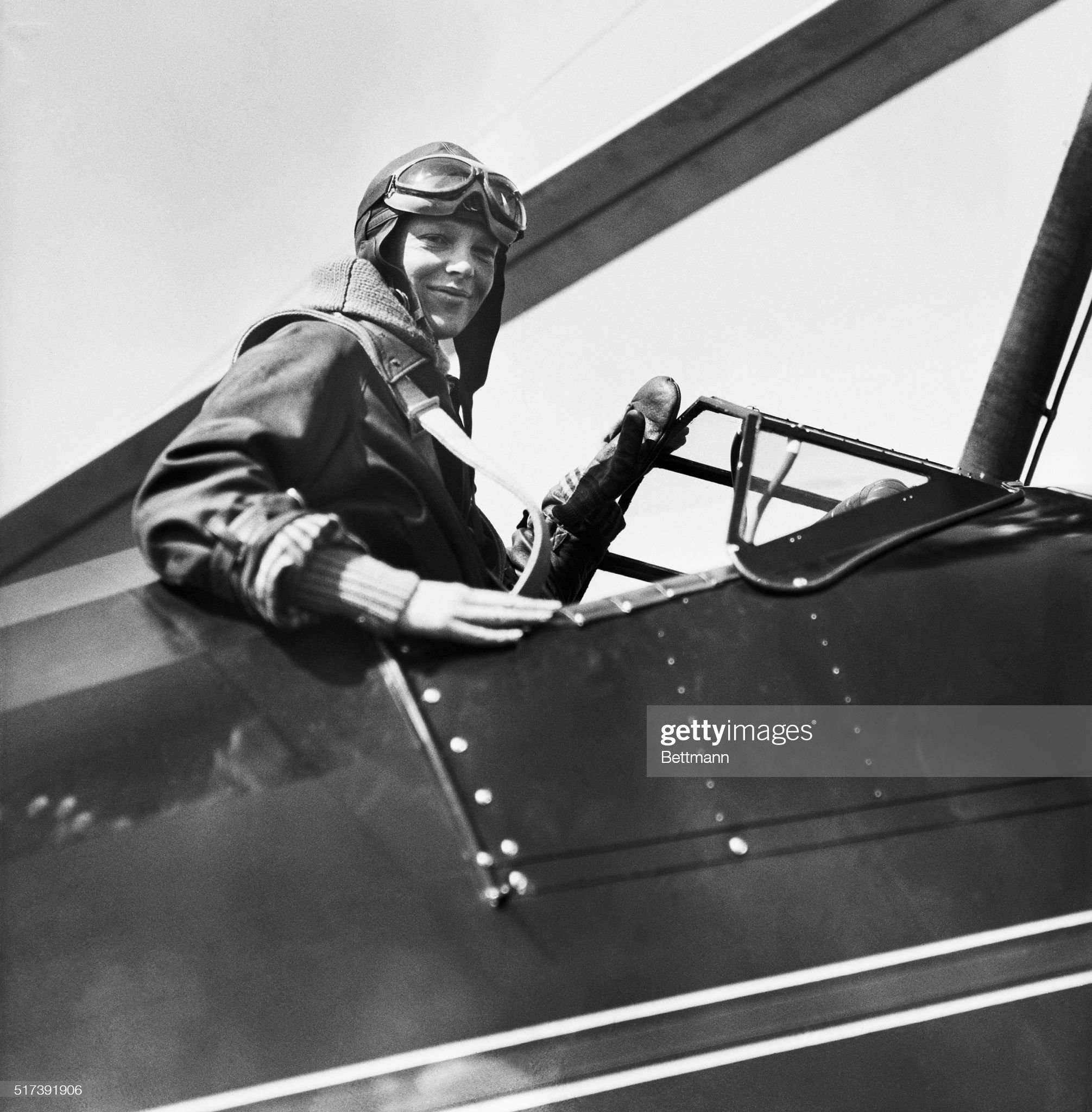 This disappearance of the celebrated pilot is aviation history's one of the most enduring mysteries and efforts are underway to solve it.
Most experts believe that Earhart’s plane crashed in the Pacific near Howland after running out of fuel. A fixture in popular culture, she was the subject of numerous books and movies. 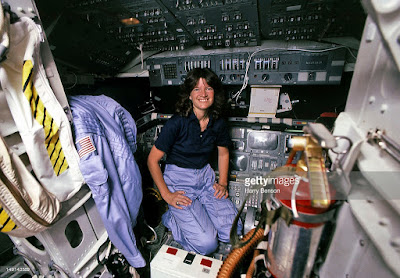 Both are very important in human history because they demonstrated to other women what can be done. In their own words, they motivated women across the world to be break the gender. 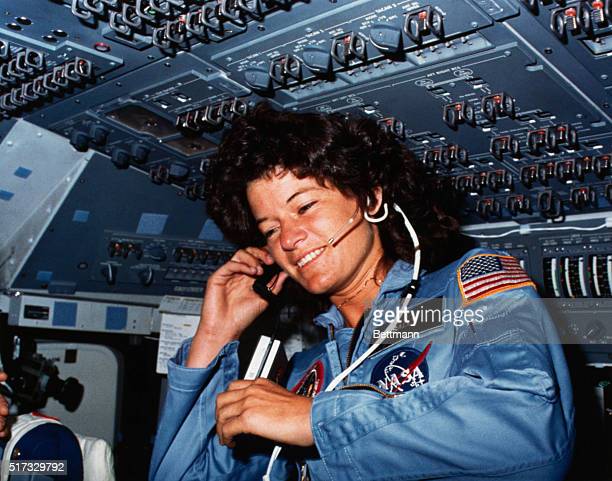 NASA
Sally Ride broke the gender barrier when she stepped into the male bastion that was space travel 29 years ago by orbiting aboard Space Shuttle Challenger to become America’s first woman in space.

Sally Ride, Ph.D., an astronaut and physicist who in 1983 at the age of 32 became the first American woman (and at the time, the youngest person ever) to enter space.

She joined NASA in 1978, attracted by the organization’s very first campaign to attract female astronauts.

"Sally Ride broke barriers with grace and professionalism – and literally changed the face of America’s space program," said NASA Administrator Charles Bolden. "She will be missed, but her star will always shine brightly."

As someone has said, when Sally Ride climbed into the Challenger on June 18 1983, and the hatch shut close behind her, a far bigger cultural door opened for women around the world.

Amelia Earhart, probably the most famous woman in the world in her time, disappeared 85 years ago, on July 2, 1937. Amazingly, the search for her is still very active, has cost over $50 million to date, and involves some of the top minds and searchers on the planet. 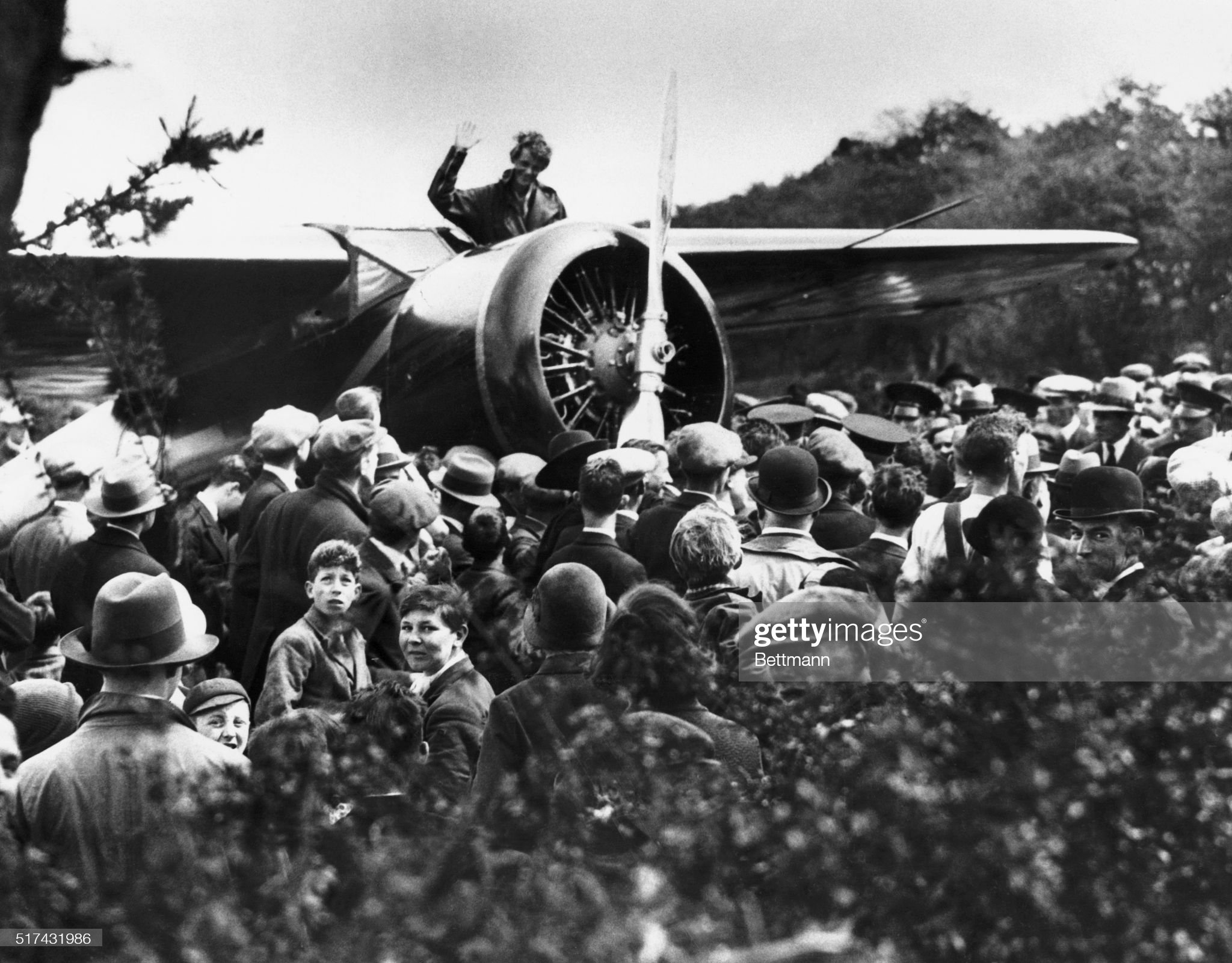 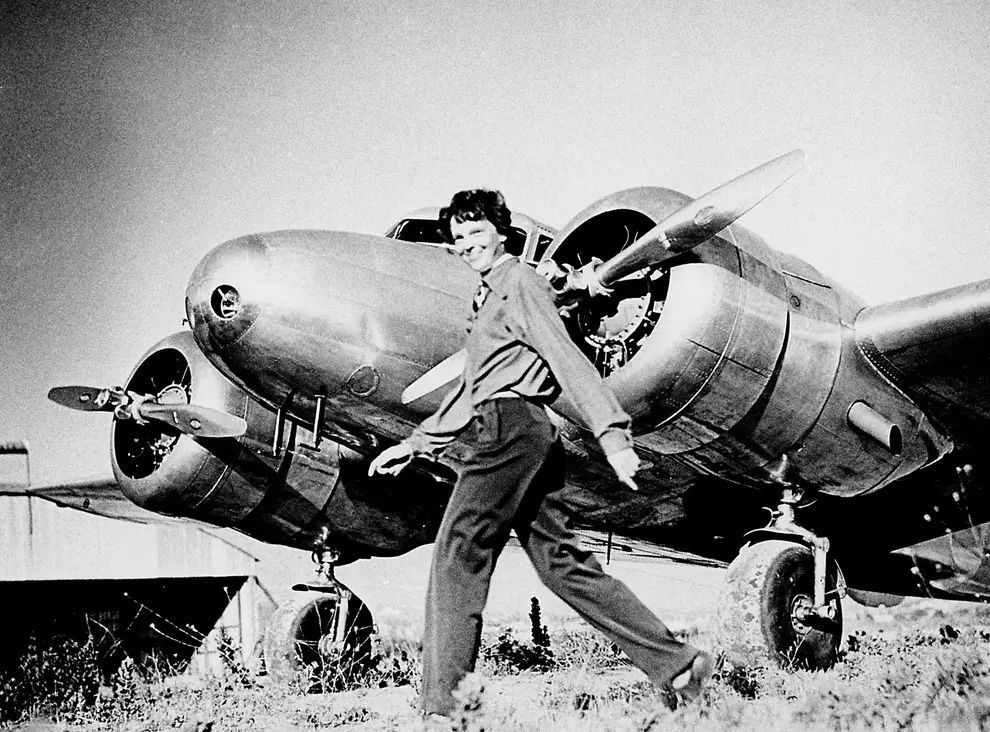 Amelia Earhart - pioneering American aviator and advocate for women’s equal rights - will become one of only 11 women represented in the National Statuary Hall Collection. This year marks 90 years since Earhart became first woman to fly solo across the Atlantic Ocean and 125 years since her birth in Atchison, Kan. on July 24.

Amelia Earhart Birthday Museum
https://www.ameliaearhartmuseum.org/
“The time is long overdue for Amelia Earhart to take her rightful place in American history at the U.S. Capitol. Her statue will stand as a symbol of her determination, tenacity and courage that will inspire future generations, particularly women and girls.”
Karen Seaberg, founder and president of the Atchison Amelia Earhart Foundation in Atchison, Kan.

The Atchison Amelia Earhart Foundation is proud to announce the unveiling of the bronze statue of aviation pioneer Amelia Earhart in National Statuary Hall at the U.S. Capitol in Washington, D.C.

The Congressional Statue Dedication Ceremony will be Wednesday, July 27 at 11 a.m. E.T. Livestream of the press even will be available here.

"Despite numerous improvements in women’s educational and employment outcomes, many countries have not achieved gender equality in economic opportunities and outcomes."

Often, I write about gender equality. Girls are proving more and more in different situations in school and business that they are equal to men in their intelligence and capacity.

This begins early in school where girls must be encouraged to access to science and technology.

The aim is to encourage creativity in the field of science and new technologies and highlight the importance of developing innovative skills at an early age.
"This starts early, with quality education for all girls and young women from the primary to the tertiary level. It continues with vocational training and education for women who have not acquired basic skills. It proceeds with creating positive role models and career tracks – especially in such areas as science and technology."

Amelia, a biographical film about Earhart that refreshed everyone's memories of learning about Amelia. The movie also provides an avenue for younger generations to be able to experience Amelia's life.

Amelia was directed by a woman, Mira Nair born in India and educated at Delhi University and at Harvard.


Movies are an attractive and enjoyable digital resource to explore in school curricula.

You can easily include into your curriculum. Students love games and solve mysteries.
GameZebo

Follow Amelia Earhart’s life through space and time to learn about her accomplishments and discover what could have really happened to her on her last flight. Students will be excited trying to discover the truth of what really happened on that long flight so many years ago! 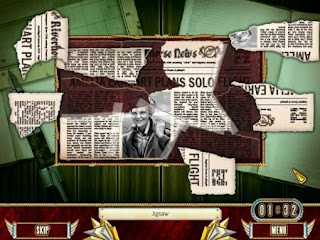 The App "Solve Amelia Earhart disappearance" is available free version for the iPad from iTunes.  However there is a full version of the app available at a cost of $6.99. 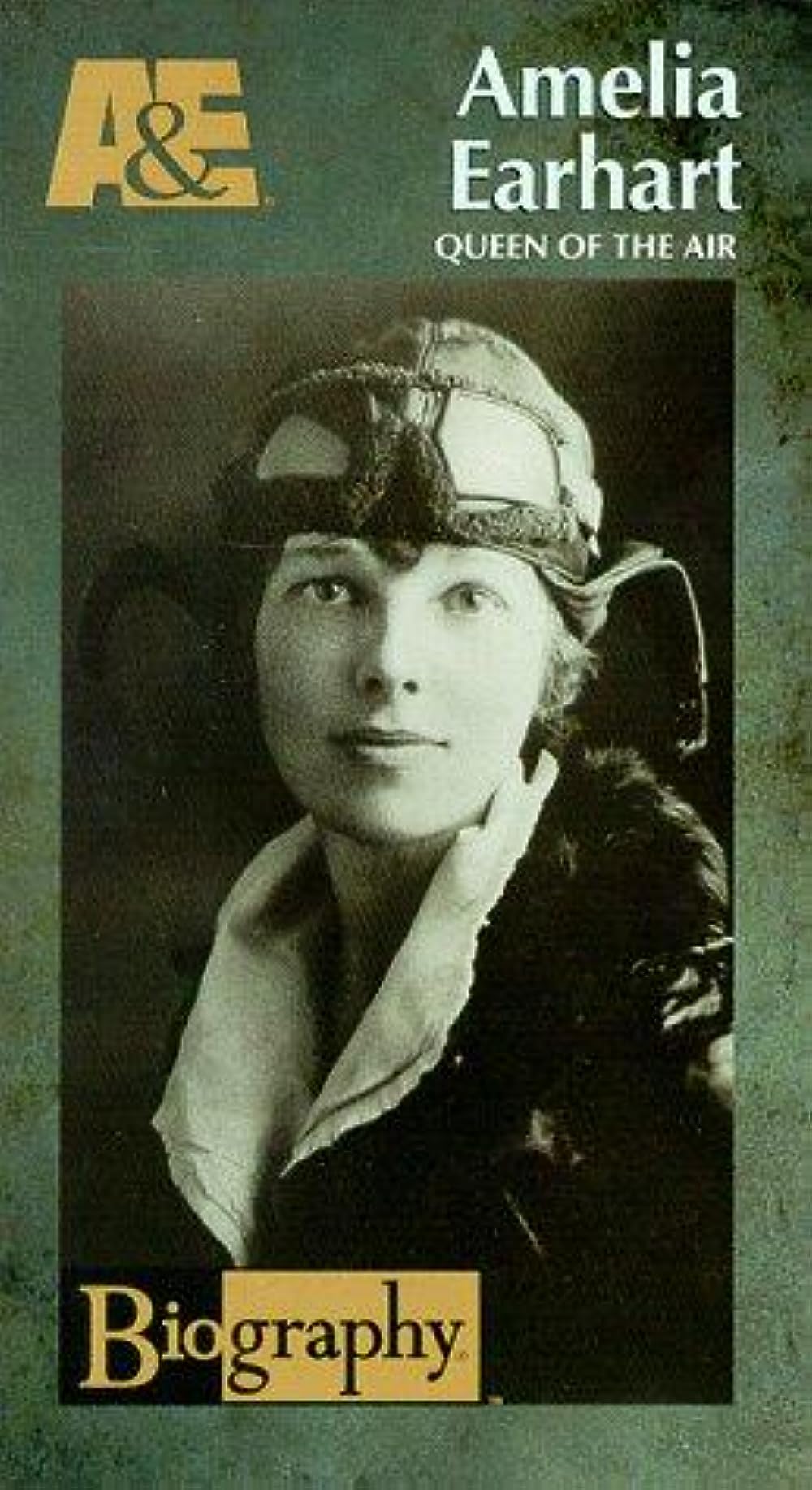 Amelia Earhart: Queen of the Air

The audiobook Amelia Earhart: Queen of th Air, an app for iPhone, iPod Touch and iPad, is a biography of the exceptional woman (Spanish language available as well at a cost of £1.99 from iTunes. 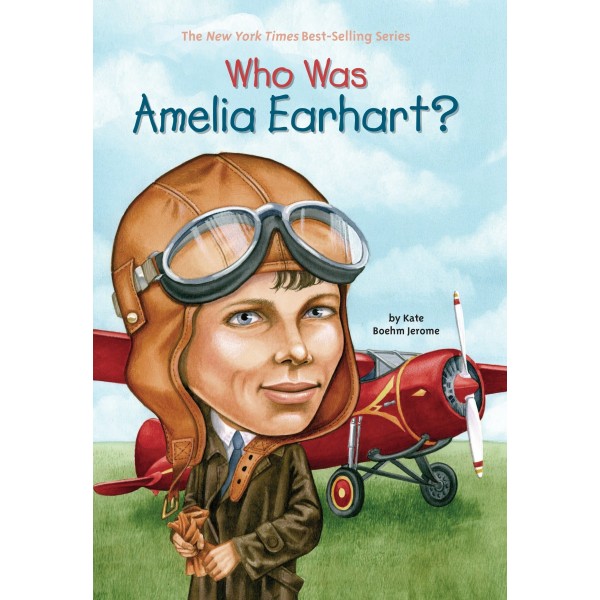 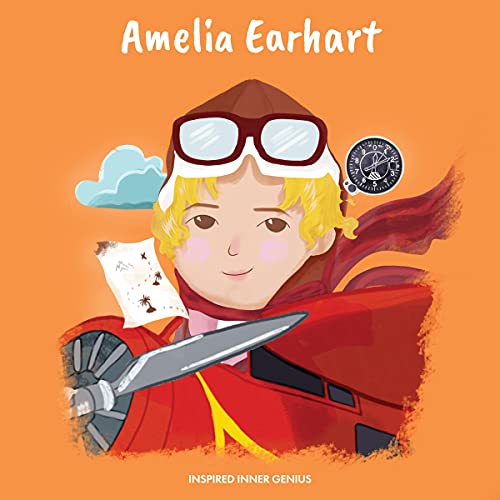 
After retiring from NASA in 1987, Sally Ride dedicated a great deal of time encouraging children, specially girls to study in HE science and technology.


In 2001, she created Sally Ride Science, which is aimed at making entertaining science programs and publications for upper elementary and middle school students to spark her interest in science.


Ride is the author of six books for children dealing with math, science and technology. 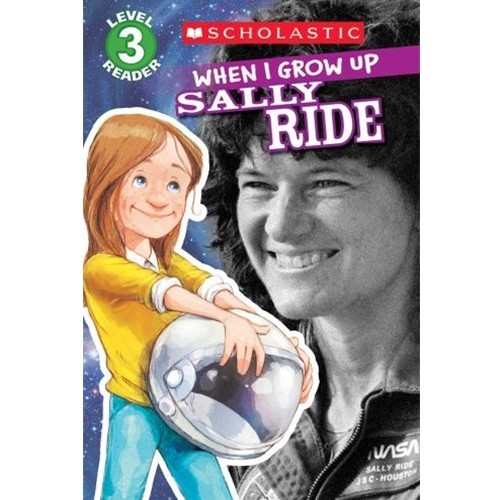 When I Grow up
Sally Ride
AnnMarie Anderson
illustrated: Gerald Kelley
https://sallyridescience.com/
Meet the first American woman to travel to space! Sally Ride was the first American female astronaut to go to space. She worked on a space shuttle for two different missions. (...) 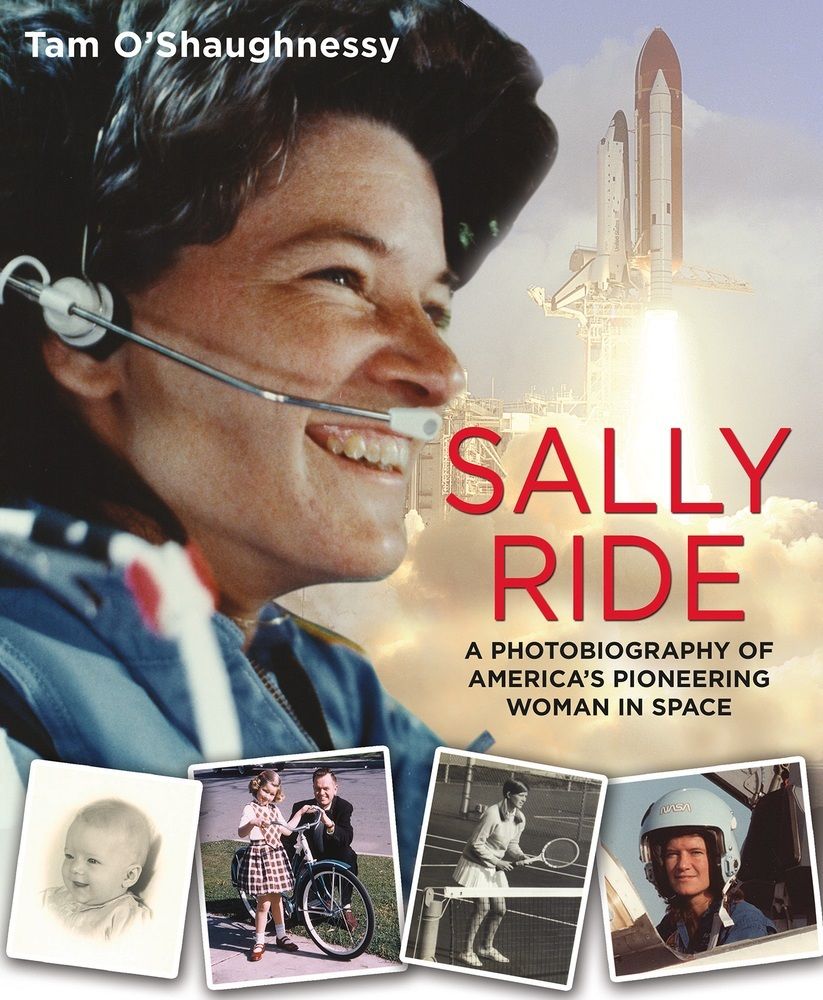 Sally Ride
A Photobiography of America's Pioneering Woman in Space
Tam O'Shaughnessy, 2015
https://www.amazon.es/dp/
A new children's photobiography of Sally Ride, the first American woman to fly in space, traces the course of her life in pictures and stories compiled by her partner of 27 years - offering a rare opportunity to get to know the famously private astronaut. (...)

In 1978, Sally Ride, a PhD candidate at Standford University, responded to a newspaper ad to join the US astronaut program. She was accepted and became the first American woman astronaut to fly in space! (...)
Sally Ride Science website has different resources that Educators can explore.
"The woman who can create her own job is the woman who will win fame and fortune."