At eveningthey grow weary, the patio's two or three colours.Tonight, the moon, bright circle,fails to dominate space.Patio, channel of sky.The patio is the slopedown which sky flows into the house.Serene,eternity waits at the crossroad of stars.It's pleasant to live in the friendly darkof entrance-way, arbour, and cistern.

He is best known for his fantastic short stories and influential essays and poetry. Through his work, Latin American literature emerged from the academic realm into the realm of generally educated readers.

Google honors with a wonderful Doodle the 112th birthday of one of the most important  writers of the XX century, Jorge Luis Borges.

"The Doodle draws heavily from Borges work, it shows different architecture, buildings and the great man himself.

Everything has been designed to mimic the outline of the letters which make up the traditional Google logo."

It reminds us the film Inception, directed by Christopher Nolan. Perhaps the film drew from Borges ideas.

Who knows if Inception is a science-fiction movie whose scenarios and ideas about subconscious was really inspired on Borges.

Jorge Luis Borges  the Argentine writer best known today for his fantastic short stories and influential essays and poetry. Borges' works have contributed to philosophical literature and the fantasy genre.

In honor of the birthday of Jorge Luis Borges, Google has prepared this special Doodle.

Google is giving tribute to another legend of Literature this year. After the Portuguese author Fernando Pessoa (June 13) and the French writer Jules Verne (February 8), this time the Argentine writer Jose Luis Borges.

Borges was born in an educated middle-class family on August, 24th 1899 in Buenos Aires, Argentina. He died on June 14, 1986. He was a famous writer, poet, essayist and translator.

In 1914, Borges moved with his family to Switzerland, where he began to study languages (German, French, Latin). From his early days he used to speak English.  He received education at home until the age of 11 in two languages, Spanish and English. 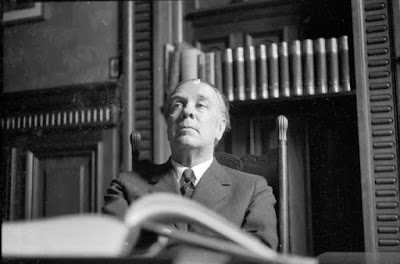 Borges' family resided in a huge home with an English library with more than one thousand volumes.

After the World War I ended, the family spent three years residing in a number of cities such as Lugano, Barcelona, Majorca, Sevilla, and Madrid.

He returned to Argentina in 1921, where he began publishing his poems and essays in surrealist literary journals.

He also worked as a librarian and public lecturer. In 1955 he was appointed director of the National Public Library - Biblioteca Nacional - and professor of Literature at the University of Buenos Aires. For Latin American writers, he revolutionised the way language was used.

"I read Borges for his extraordinary ability at verbal artifice; he's a man who teaches you how to write ... to sharpen your instrument for saying things." 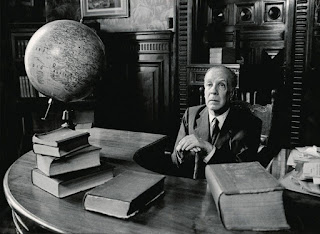 By the late 1950s, he had become completely blind. Neither the coincidence nor the irony of his blindness as a writer escaped Borges:


In 1961, he came to international attention when Borges received the first  International Publishers’ Prize,  major European award, the Prix Formentor. He shared the prize with Samuel Beckett, with whom he represents, in Brian Dillon's words, the "obscure conduit ... from modernism to postmodernism". In 1971 he won the Jerusalem Prize.

His work was translated and published widely in the United States and in Europe. Borges himself was fluent in several languages.

"His works have contributed to the genre of science fiction as well as the genre of magical realism, a genre that reacted against the realism/naturalism of the nineteenth century. In fact, critic Angel Flores, the first to use the term, set the beginning of this movement with Borges’s Historia Universal de la Infamia (1935). His late poems dialogue with such cultural figures as Spinoza, Camões, and Virgil.” 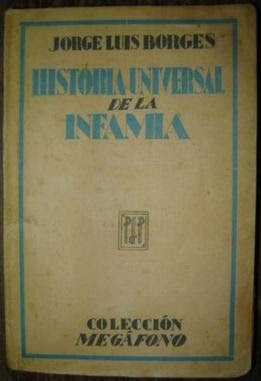 In our days, people know Jorge Luis Borges more by his short stories, compiled in the books Ficciones (1944) and The Aleph (1949) drew heavily on dreams, ornate architecture, religion, libraries and animals.

He is widely acclaimed as one of the main contributors to modern day science fiction. 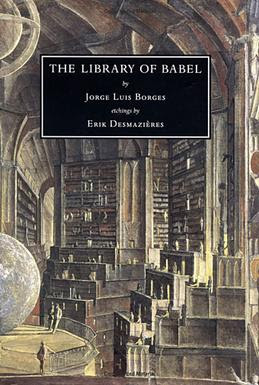 
The Library of Babel, original title La biblioteca de Babel is a short story conceiving of a universe in the form of a vast library containing all possible 410-page books of a certain format and character set.

The story is about a library consisting entirely of books that are exactly 410 pages and use every possible combination of 25 characters (22 letters, period, comma and space). Every story supposedly has a moral or message to send, and these can have different interpretations based on the readers’ life experience. 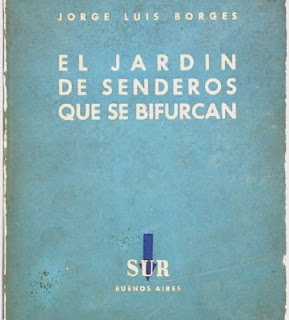 That entire book was included within his much-reprinted Ficciones (1944). Two English-language translations appeared approximately simultaneously in 1962, one by James E. Irby in a diverse collection of Borges's works titled Labyrinths and the other by Anthony Kerrigan as part of a collaborative translation of the entirety of Ficciones. 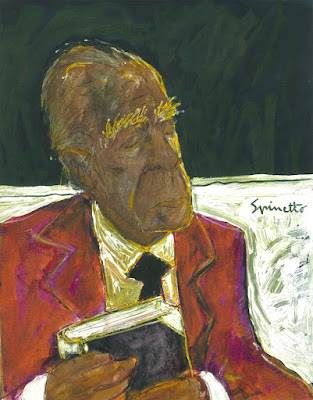 “That is part of the beauty of all literature. You discover that your longings are universal longings, that you're not lonely and isolated from anyone. You belong.”
F. Scott Fitzgerald

I prepare my lessons with enthusiasm sometimes fervently. Books are fascinating. Reading is even better.

A teacher who loves books, her lessons are a huge success. Students feel her love of reading. They will be captivated, even the reluctant readers. Perhaps some of them will dare to begin to write? Not the first time, believe me! 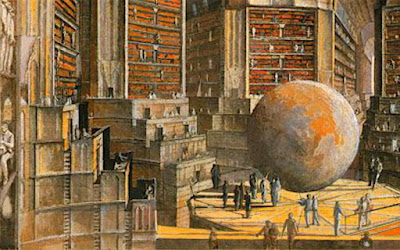 "With today's technology every corner of the world is linked together. The new generations are globalized."

Some months ago, I suggested in my post Languages matter different activities to include into Languages curriculum (all levels in Education).


In my posts Reading Jules Verne, the father of sci-fiction, Let's celebrate the great Fernando Pessoa, I suggested different activities to include into school literature curriculum (Secondary Education).

In a different way, I suggested, last year, Alice in Wonderland by Tim Burton in the classroom; Prince of Persia an interesting narrative text or Reading Harry Potter, what now

And more... please use the tag Literature on my blog and you will find some other interesting ideas. I hope!

Social media are interesting resources to include into school curricula. Students will develop critical thinking and several projects can be done with students and teachers from different schools from other countries.

Dare to use social networking in your lessons. Students will be happy. This is a new generation, the screen generation.

Of course, don't forget school libraries! A Library is the most value to do some scholar research. Of course you know Borges' quote:

"Above all, literature keeps language alive as our collective heritage"

The Watcher Experimental Film from Celia Qu on Vimeo.

"He, (Borges) more than anyone, renovated the language of fiction and thus opened the way to a remarkable generation of Spanish American novelists."


José Saramago, the Portuguese Nobel Prize in Literature 1998, dead in 2010, promoted an important conference about Jorge Luis Borges at his Fondation Saramago in 2008 to honor to Jorge Luís Borges. 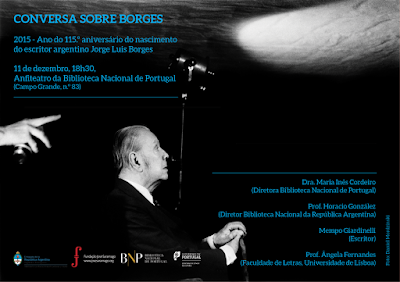 
Borges vision beginning to fade in his early thirties, grown on him gradually and settled in for good after his fifty-eighth birthday.

No one should read self-pity or reproach
Into this statement of the majesty
Of God; who with such splendid irony,
Granted me books and blindness at one touch