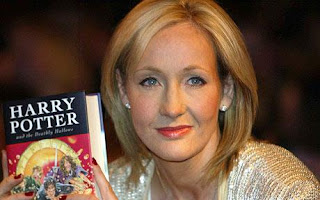 The Harry Potter films will receive the outstanding British contribution to cinema prize at this year's Bafta awards.


Potter author JK Rowling and producer David Heyman will receive the award on behalf of the franchise during the ceremony at London’s Royal Opera House on Sunday 13 February 2011. 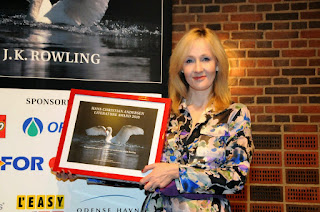 
JK Rowling winned the new Danish award, the "Hans Christian Andersen literature prize", in 2010. His work was of that rare order that seems to transcend authorship," and praising Andersen's "indestructible, eternal characters."

Starting in 2001 with Harry Potter and the Philosopher’s Stone, the film franchise from Warner Bros. Pictures has defined a decade of British filmmaking. As well as continually introducing exciting new performers to a global audience, the films have built a reputation for showcasing the wealth of British stage and screen acting talent.

As well as notching up seven Oscar nominations, the series has so far garnered a total of 28 BAFTA nominations: five nominations at the British Academy Children’s Awards and 23 at the Film Awards, including this year’s two nominations in the Special Visual Effects and Make Up & Hair categories.

An eighth and final instalment, Harry Potter and the Deathly Hallows: Part 2, will be released in July 2011. 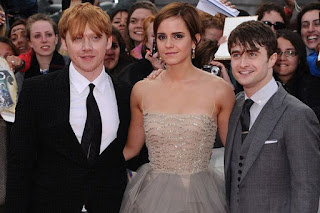 Emma Watson, Daniel Radcliffe, Rupert Grint
Premiere London
credits: Getty Images
http://www.mirror.co.uk/
Potter star Daniel Radcliffe, 21, said he had "loved every minute of making these films".
"To me the real heroes are the crew and the huge team of craftsmen that have made all eight of them possible," he went on.
"This award is a testament to their incredible work." 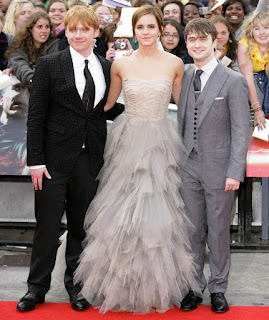 Harry Potter and the Deathly Hallows, Part 1 has one Oscar nomination: Art Direction.
Jonathan Ross will host this year's Bafta Film Awards, to be broadcast on BBC One.

Her work of that rare order that seems to transcend authorship," and praising Andersen's "indestructible, eternal characters."


Yes, it's true! Harry Potter's saga brought new generations of readers for schools. And that is important!


JK Rowling and Hans Christian Andersen could be a good motivation for reading in Literature & Languages curriculum.


JK Rowling lived in Porto for some years, teaching English. It was there that she began a story that might become a book about a boy who is sent off to wizard school. All during the time she spent in Portugal, Rowling took notes on this story and added bits and pieces to the life of her main character, Harry Potter.

Harry Potter at Bafta Awards 2011 by G-Souto is licensed under a Creative Commons Attribution-NonCommercial-ShareAlike 3.0 Unported License.