Back to the Future, the game, at school 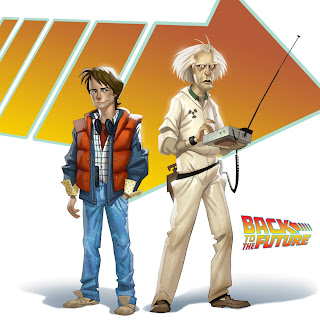 Tellta Tale Games has announced Back to the Future for PC and Mac. The game will be launched in December 2010. Ipad version will come later, next year, 2011.

Michael J. Fox & Christopher Lloyd
Back to the Future
www.telltalegames.com 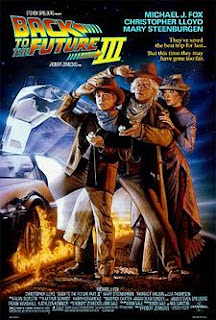 Back to the Future 3 poster
http://www.imdb.com/

This game is based on Back to the Future 3 and will have the participation of the actor Christopher Lloyd. The game will be an episodic adventure game that continues on from the classic films.

With Christopher Lloyd voicing Doc Brown and co-creator of the movies Bob Gale involved this certainly feels like real BTTF.

Back to the Future will span five episodes, with one episode released each month. The first one will be for free if you register here 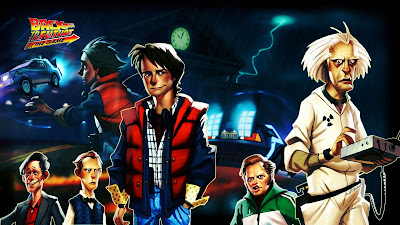 So, Universal Studio Home Entertainment released yesterday, the 26th Ocotober 2010, Back to the Future I II and III as a 25th Anniversary Trilogy.

Back to the Future Trilogy
http://www.telltalegames.com/


Can it really be 25 years since "Back to the Future" flew into theaters and became a pop culture phenomen? Yes, indeed!

Michael J. Fox has been the special guest in the presentation of this High-Def. version. The actors Mary Steenburger, Lea Thompson and Christopher Lloyd has been invited too. 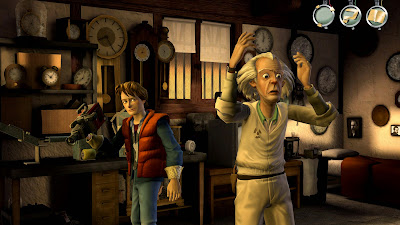 This is the first time that "Back to the Future" films are released in high-definition disc format. Full details here 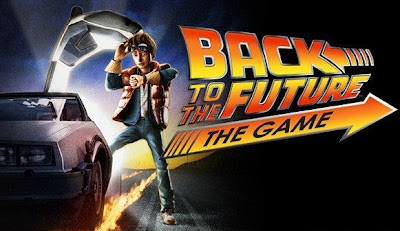 A $1 donation will be donated to the Michael J. Fox Foundation for Parkinson's research. The site is also inviting users to register to receive the first episode for free 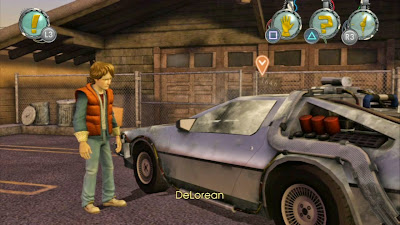 The studio design director Dave Grossman said:" You can expect Back to the Future to be the next step in the evolution that we have been doing for the adventure game, probably a little more accessible and directed. We've been moving things in that direction for a long time". Let's wait for the game for PC. 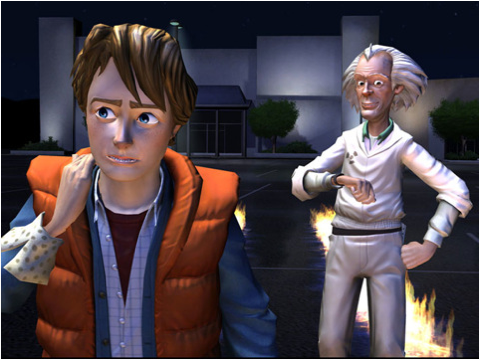 Back to the Future | game (ipad, iphone)
https://itunes.apple.com/

And now Back to Future for iPhone and iPad. Marty McFly & Doc Brown return in a brand new back to the Future Adventure spanning across five episodes.

Six months after the events of the third film, the DeLorean Time Machine mysteriously returns to Hill Valley – driverless! Marty must go back in time and get aid from a resistant teenage Emmett Brown, or else the space time continuum will forever be unraveled!

Doc: "It's an unusual universe, Marty."

(conversation from the game)

Wow ! Another awesome game to include into school curriculum: Sciences and Literature.

The high-def. Back to the Future 3 in your lessons? Yes, games are a wonderful resource to integrate into different lessons.

Do you remember Alice in Wonderland by Tim Burton in the classroom or Prince of Persia: an interesting narrative text?

Movies and video games offer to students a nice motivation push! Games are awesome resources to introduce into our curriculum.

A narration let us know something. It telle us what happened. It tell us a story. Our students love hear narrations. And they love myths and imagination.

It provides the necessary information to understand the educational benefits of digital resources and virtual worlds and to lear how to use them as educational and motivational resources.

With the original film of the trilogy a genuine classic - the third had its moments too - I've got high hopes for this one. Tempted by Back to the Future?

In Back to the Future, Mary McFly (Michael J. Fox) time travels 30 years into the past in Doc Brown’s (Christopher Lloyd) infamous DeLeorean. If he had time travelled 30 years into the future, it would be June 3. But the date Marty jumps to and from in the movie is actually October 21. 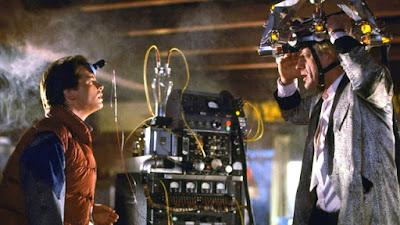 Just in time to celebrate the 30th Anniversary of one of the most beloved movie trilogies of all time, Back to the Future: The Game, a Telltale Games Classic, is available to download, or buy on-disc on Xbox 360, Xbox One, and PlayStation 4 for the very first time!

Six months after the events of Back to the Future Part III, the DeLorean Time Machine mysteriously returns to Hill Valley - driverless!

Now, Marty must go back to 1931 to recruit the help of a reluctant teenage Emmett Brown in order to save 1985’s Doc from certain death. Can they repair the rifts of the past without accidentally erasing the future?
G-Souto

Back to the Future, the game, at school by G-Souto is licensed under a Creative Commons Attribution-NonCommercial-NoDerivatives 4.0 International License.

Email ThisBlogThis!Share to TwitterShare to FacebookShare to Pinterest
Labels: 30 years later, Back to the Future, digital resources, education, games in school, literature, media in school, movies in the classroom, Science, science-fiction, teachers, teaching and learning