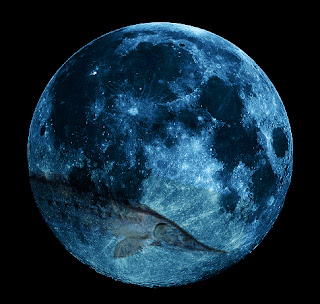 Why are eclipses rare? The moon's orbit tilts. Sometimes the moon's shadow is too high above the Earth. Sometimes it is too low. Other times, it is just right.

Much of the Eastern Hemisphere will watched a partial eclipse of the moon Monday, August 7. It's a prelude to the grand spectacle that awaits us two weeks later, August 21, 2017

credits: OAL
https//oal.ul.pt/
The lunar eclipse will be visible from parts of Europe, (Portugal yes!) Africa, Asia and Australia, and peaks 2:20 p.m. EDT (1820 GMT).
Even if you're not in the path of the partial lunar eclipse, Monday will bring a summer full moon to the night sky. Sturgeon full moon
credits: The Old Farmer's Almanac
https://www.almanac.com/
Traditions:
Traditionally, some Native American fishing tribes were aware that sturgeon - a large fish that inhabited the Great Lakes as well as Lake Champlain - were most readily caught around the time of the August full moon, hence it became known as the Full Sturgeon Moon. 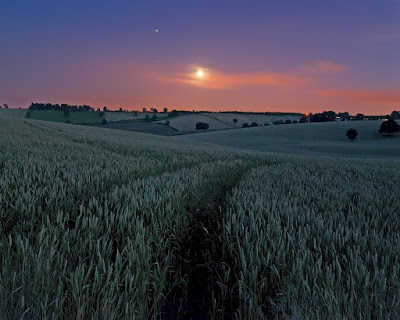 Full moon over the ripe wheat fields
https://devotedworshipper.files.wordpress.com/
A few tribes knew it as the Full Red Moon because, as the moon rises, it appears reddish through any sultry haze.

It was also called the Green Corn Moon or the Grain Moon.

Why are eclipses rare?

The moon's orbit tilts. Sometimes the moon's shadow is too high above the Earth. Sometimes it is too low. Other times, it is just right.
This upcoming full moon will also be the last one before the upcoming Great American Eclipse on Aug. 21 — and will itself experience a partial eclipse.
All this is a fine example of how an "eclipse season" works. An eclipse season is when the sun (from our perspective here on Earth) is close enough to one of the moon's nodes to allow for an eclipse to occur.
During the season, which lasts a little more than a month, whenever there is a full moon a lunar eclipse will occur and whenever there is a new moon a solar eclipse will occur.

When the Sun Goes Dark
Andrew Fraknoi and Dennis Schatz
credits: The National Teachers Association
http://www.nsta.org/
This illustrated book is a fun way to get young astronomers. In the children's book When the Sun Goes Dark (NSTA Kids, 2017), 12-year-old Diana and her little brother, Sammy, meet up with their colorfully attired grandparents.

When Diana asks them why they are dressed as tourists and why they are touting large cameras, they tell their story of a recent trip to view a solar eclipse.

Using household items like a Hula-Hoop, the grandparents teach the kids about the science of eclipses.

Don't foget! For Western Europe, the moon will either rise today evening with the last vestige of the umbra still visible on the moon's western limb (eastern Spain, most of France, central and southern Sweden), or it will have just moved off the moon's disk completely (western Spain, Portugal, the United Kingdom and Norway).

All of these locations will see the last smudge of the penumbral shadow leave the moon around 19:45 UTC.

So I think teachers willl invite, via social networks,their students to join some skywatchers at national observatories of Astronomy, or to go out with family observing the Sturgeon full moon of tonight

Of course they could make some photos or videos with their smartphones, tablets to explore in Sciences curriculum after summer break.