Google regularly replaces its logo on its search engine with special Doodles, a kind of celebrations anniversaries. But this Friday's Doodle is something truly diverting.

The doodle offers a serving of Hip Hop history - with an emphasis on its founding pioneers narrated by Hip Hop icon Fab 5 Freddy, former host of “Yo! MTV Raps.”

Hip hop does not just refer to the music. It's a subculture and art movement that was developed by African Americans and Puerto Ricans during the 70s. 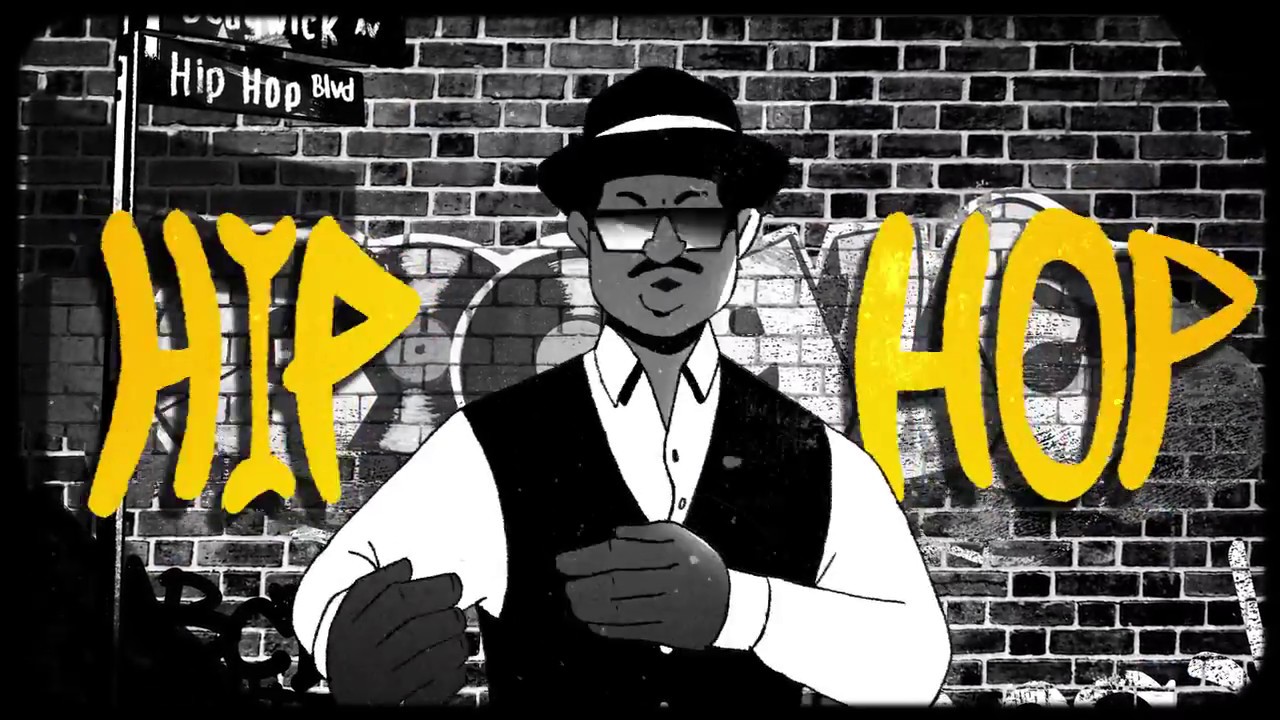 Google unveiled a new Doodle on its home page August 11 to commemorate the birth of Hip-Hop 44 years ago that doubles as an interactive music game, complete with the ability to mix and scratch a number of records as they play perfectly synchronized on two decks. Wow! Amazing and funny!

On the historic anniversary, music fans are invited to be the DJ by experimenting with two turntables and a crate full of records. 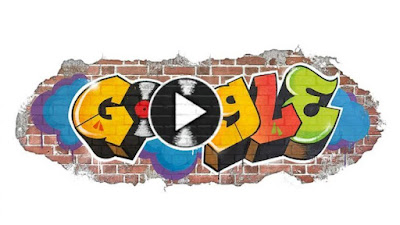 The Doodle celebrates the 44th anniversary of the birth of Hip-Hop, which Google places at DJ Kool Herc's legendary emceeing session at a Bronx back-to-school party. Music historians have also pointed to earlier records as arguably containing hip-hop's roots, but the 1973 party is generally accepted as the genre's seminal moment.

It features a custom logo graphic by famed graffiti artist Cey Adams and interactive turntables on which users can mix samples from legendary tracks. If you click on Google's Doodle, you will first see a video, presented by hip-hop pioneer Fab 5 Freddy, that explains how Kool Herc extended the "breaks" in the records he played by using two turntables. With these instrumental, beat-heavy moments extended, people had more time to dance – and emcees found the space to rap over the beat.

What's particularly fun about the Doodle is that: the video is followed by an interactive deejaying game, where you get two turntables, a cross-fader and a selection of records to mix together. You can even scratch the records using your mouse cursor or, on mobile, your finger. It also offers a serving of Hip Hop history - with an emphasis on its founding pioneers narrated by Hip Hop icon Fab 5 Freddy, former host of “Yo! MTV Raps.”

On August 11, 1973, the 18-year-old, Jamaican-American DJ aka Kool Herc threw a back-to-school jam at a house in the Bronx, New York. He decided to do something different during his set. 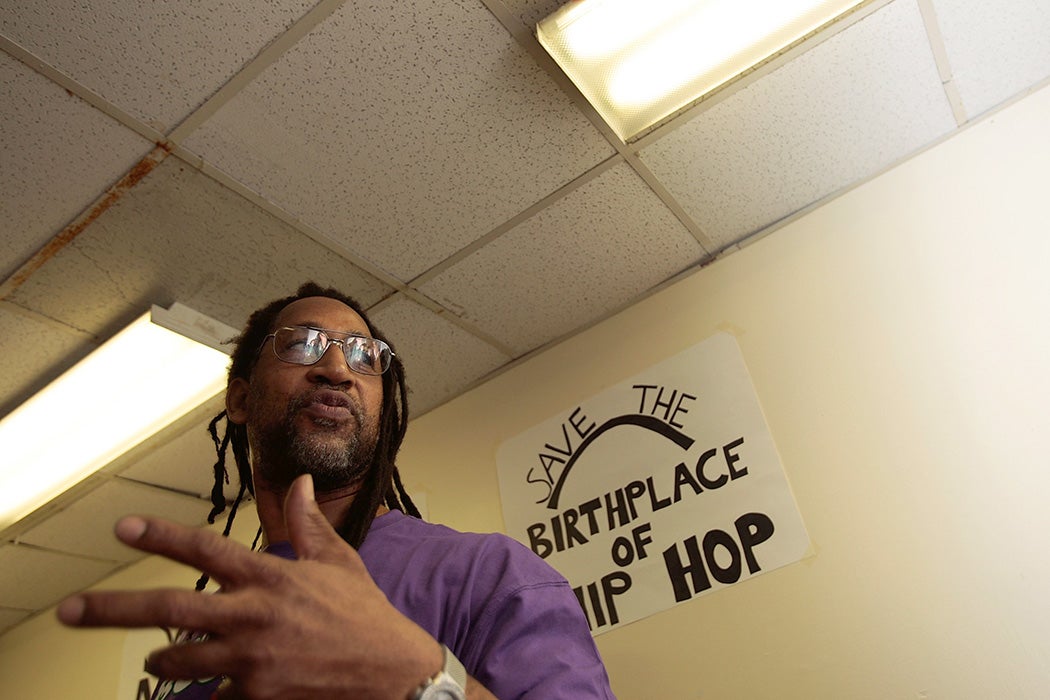 DJ Kool Herc
2008 in the Bronx/
Getty
During his set, he decided to do something different. Instead of playing the songs in full, he played only their instrumental sections, or 'breaks' allowing people to dance longer, a style that became known as break dancing. 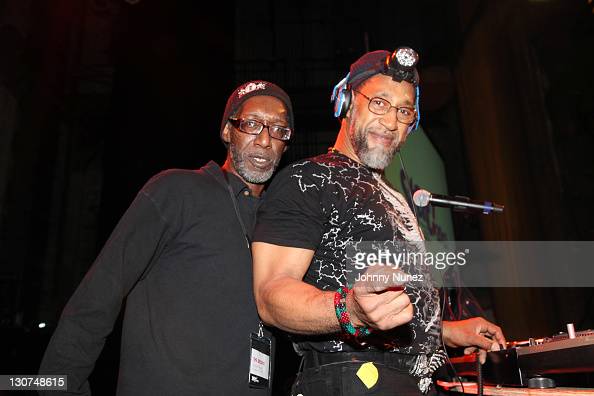 Coke La Rock & DJ Kool Herc
credits: Getty Images
During these 'breaks' his friend Coke La Rock hyped up the crowd with a microphone. And with that, Hip Hop was born. 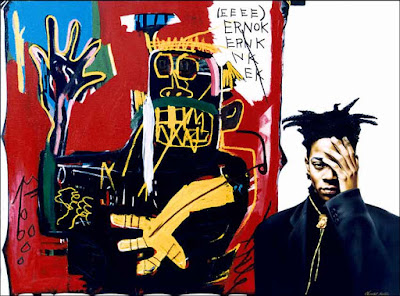 
"I want people to see that Hip Hop affects everybody, not just youth culture. It continues to be important, relevant and alive. And it’s happening in every corner of the globe."

Oh! What a pity! Students are out of school enjoying summer break in almost all countries. Not in the Unites States and some other countries. So students will enjoy to play this doodle interactive music game.
Back-to-school will be first days of September. So students in Europe and other countries can do the the same in Music curriculum 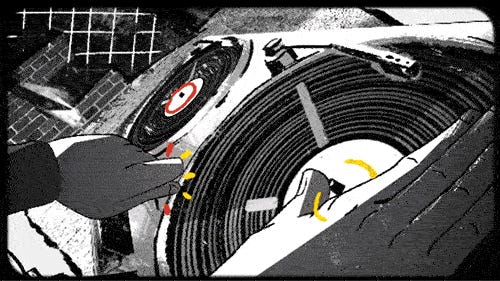 Google Doodle 44th Anniversary of the Birth of Hip Hop
https://www.google.com/doodles/
All of them will be excite and will love use the interactive deejaying game. There are two turntables, a cross-fader and a selection of records to mix together.
They would love to scratch the records using the mouse cursor or, on mobile, their finger.

Hip-hop dance at the school
credits: Next, Portuguese school dance
There are schools that include Hip Hop dance and music into the curricula.

Hip Hop music is a fun and fresh integrative part in the school curricula. And dancing Hip Hop is also an awesome therapy for young people. Dance movement therapy and the power of Hip Hop on adolescents are used to inspire, uplift, and heal. 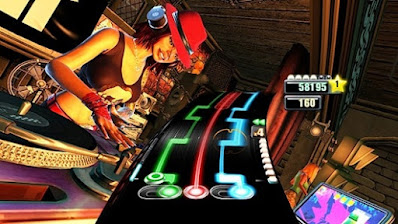 via Google Images
Hip Hop give to students the freedom to express their feelings from the heart, and at the same time the concentration discipline and the pleasure of creativity.
Students attending schools in high poverty communities have less access to Arts instruction than their peers in more affluent communities. They have not the chance to study Arts. They are losing the opportunity to include Arts in their activities extra-school time. School time will be the right place to educate young people on Arts. And to let them reflect their 'angry' by art. Hip Hop is their soul.

After summer break, teachers will you think to include this interactive music game into some of your lessons? Don't loose such an incredible interactive resource!

Invite your students to visit the Google Doodle of 11 August 2017, the 44th anniversary of the birth of Hip Hop and let them express their feelings about Hip Hop. You will see how they love it and why.

- Why not inviting a Hip Hop DJ or a Hip Hop dancer to led a workshop in your school ? Students will be so excited!

- A mob-flash or a competition Hip Hop dance?

- Students will be invited to paint a wall expressing Street Art in the school.

- A cross-curricular project Languages, Music and Arts (dance, design) will be perfect. 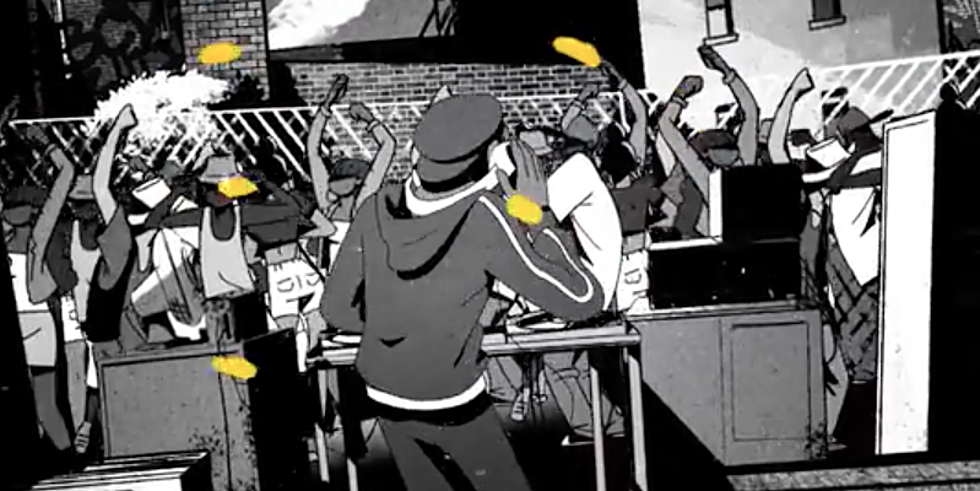 
The message on this video is about changing education to maximize learners potential and to respect them not as 'consumers' but as 'creators'.

The 'attitude' of educators doesn't mean change the important of some good aspects of improving skills learning.

It means to motivate learners that speak a different language. Opening the door of the classroom to build new understanding platforms between school and young people's interests and ingenuity. Hip Hop culture crosses

Students are brilliant creators if educators can reach their trust.

If we have a creative and open mind, as educators, we can feel students' brilliance and genius.

So, prepare a good Hip Hop lesson and activities for school-back season! Hip Hop culture crosses over all generations and magnetize young people.