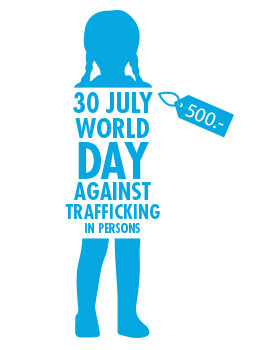 http://www.un.org/
"Human trafficking is a crime that exploits women, children and men for numerous purposes including forced labour and sex."
30 July 2017 marks the World Day Against Trafficking in Persons. To mark this special day, the United Nations Office on Drugs and Crime (UNODC) are encouraging people across the globe to express their solidarity with the millions of victims of human trafficking by giving back what they had stolen from them: hope.
The International Labour Organization estimates that 21 million people are victims of forced labour globally. This estimate also includes victims of human trafficking for labour and sexual exploitation. While it is not known how many of these victims were trafficked, the estimate implies that currently, there are millions of trafficking in persons victims in the world.
Every country in the world is affected by human trafficking, whether as a country of origin, transit, or destination for victims.

© Alessandro Scotti
https://www.un.org/
"Children make up almost a third of all human trafficking victims worldwide, according to the United Nations Office on Drugs and Crime Global Report on Trafficking in Persons. Additionally, women and girls comprise 71 per cent of human trafficking victims, the report states."
In September 2015, the world adopted the 2030 Sustainable Development Agenda and embraced goals and targets on trafficking in persons. These goals call for an end to trafficking and violence against children; as well as the need for measures against human trafficking, and they strive for the elimination of all forms of violence against and exploitation of women and girls.
Of the nineteen commitments adopted by countries in the Declaration, three are dedicated to concrete action against the crimes of human trafficking and migrant smuggling. 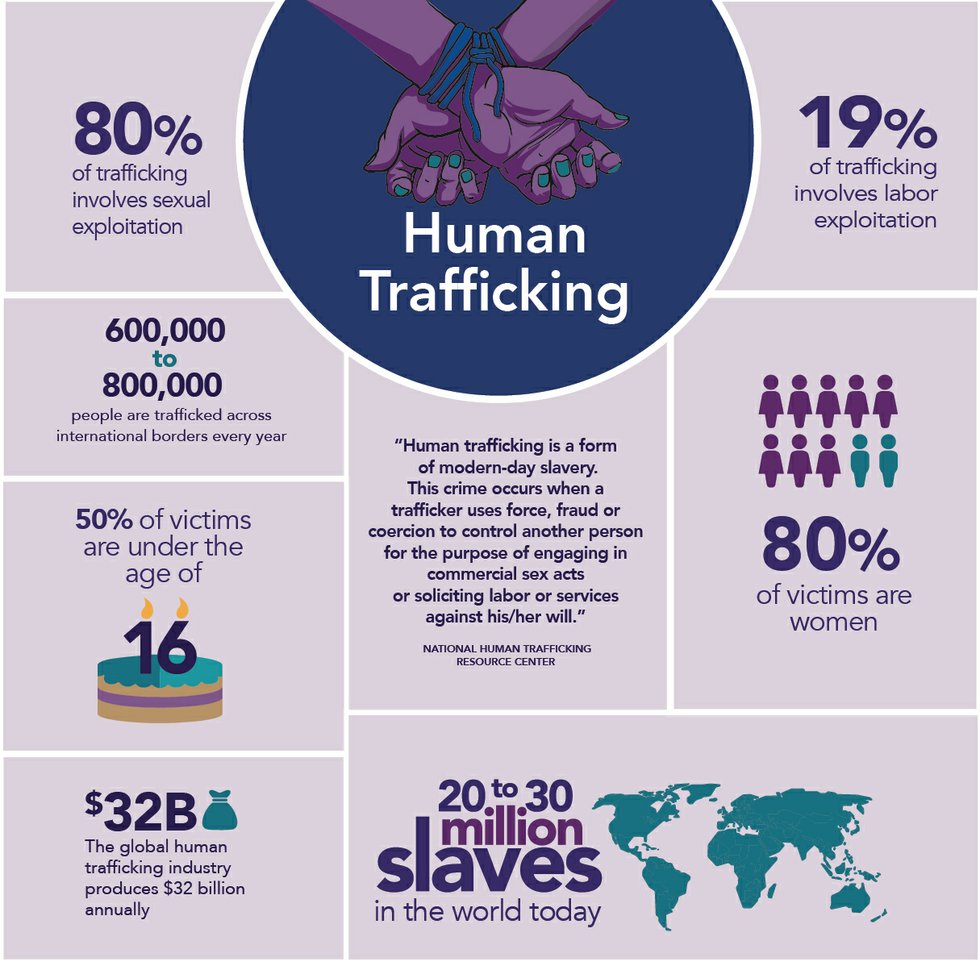 Infographics: courtesy Bon Secours and Safe Harbor
https://richmondmagazine.com/
This topic highlights one of the most pressing issues of our time - the large mixed migration movements of refugees and migrants. The theme puts the spotlight on the significant impact of conflict and natural disasters, as well as the resultant, multiple risks of human trafficking that many people face.

It addresses the key issue concerning trafficking responses: that most people are never identified as trafficking victims and therefore cannot access most of the assistance or protection provided. 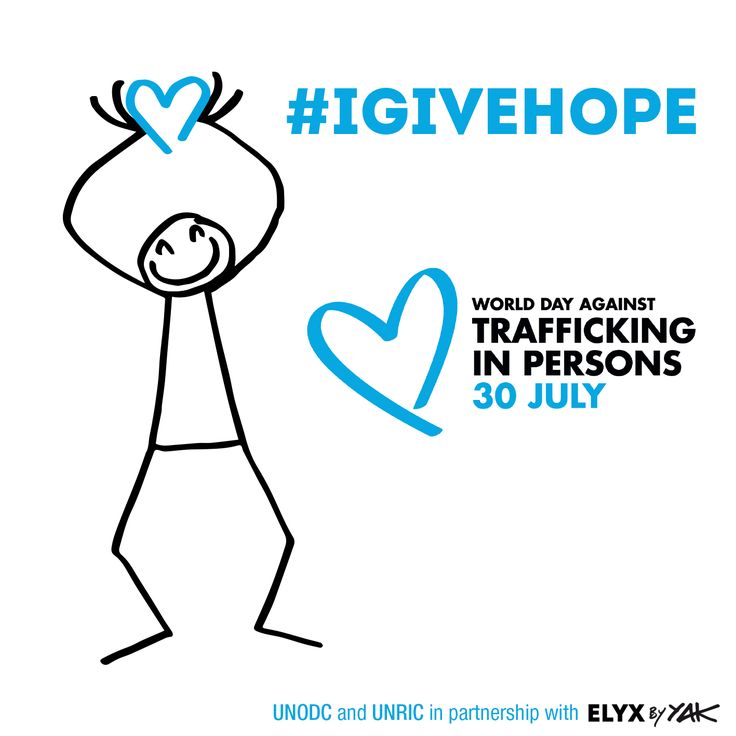 But we can change that. Together!

Teachers and students are enjoying the summer break. However, we can't forget those children and young adolescents who are among the human trafficking people.

This kind of inhuman violence against children is everywhere. We can't turn a blind eye. It’s impossible.

We must show our solidarity with victims of human trafficking. 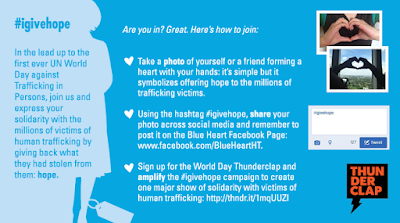 Downloading the how to and participating in the activities on 30 July, marking the World Day throughout the globe.

We have a school blog and social media accounts in our name or school account. We can alert our students about the World Day Against Trafficking Persons and call them to support #BlueHeart social media campaign.

I'm sure we and our students will support this #ActToProtect social media campaign.

Students love social media, they are connected all day long.And they are kind, they practice solidarity to other children and young people. 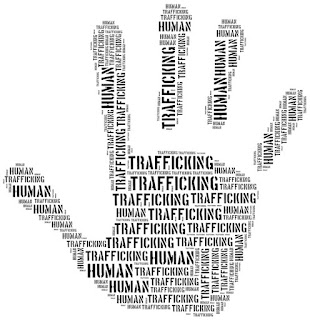 If you are preparing your lessons to the next school year (August or September depending of the country or continent you are teaching), think to include this human subject into your lessons. There's always time to share civic values.

Civics Education : World Day Against Trafficking in Persons by G-Souto is licensed under a Creative Commons Attribution-NonCommercial-NoDerivatives 4.0 International License.