May in review & 73rd Anniversary of D-Day in Normandie 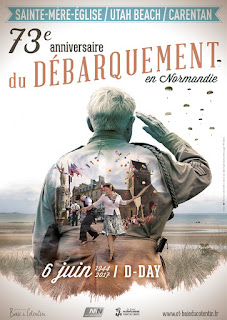 "We have a duty to ensure their names will be remembered for generations to come."

D-Day is synonymous with June 6, 1944, the day the Allied powers crossed the English Channel and landed on the beaches of Normandy, France. The Allied landing led to the liberation of France, and marked the turning point in the European theater of World War II

The morning of June 6, 1944 marked the largest amphibious military assault the world had ever seen. More than 160,000 American, British and Canadian troops battled their way along a 50-mile stretch of beach in Normandy, France to give the Allies a foothold in Nazi-occupied western Europe and a path to victory in World War II. More than 9,000 Allied forces were killed or wounded seventy-three years ago today.

Each year, ceremonies, US camp reconstructions, historic march, military fairs, historic parachute drops, parade and exhibition of military vehicles have place in The Bay of Cotentin  an area laden with history. At the heart of the Battle, Sainte-Mère-Eglise, Utah Beach and Carentan witnessed the landings and the first airborne assaults. 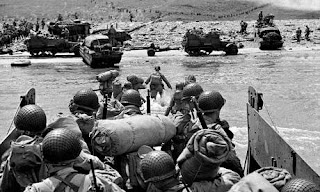 On D-Day 1944, 150 000 soldiers crossed the Channel to land in the Bay of Cotentin, a strategic place in order to reach Cherbourg and its harbour.~

A fair tribute as an introduction to my review of the most read posts of May 2017.

Education : We can't hurt children and teenagers on their freedom !

Schools : Let's talk about Cultural Diversity for Dialogue and Development


My usual readers know that blogging is a free contribution to inspire new and young teachers sharing some resources and activities no matter the subject, when I have the time between work.

Hope you enjoyed my pedagocical proposals published in May. Have you include some in your lessons? I'm happy!

Spring is here. Time to pick  the inspiration to final months of the school year. You feel stressed. Students are thinking about holiday. I know. But everything will be all right till the end of school time.

Hope that you will have a great week!

Schools : May in review &  World Press Freedom Day for Peace by G-Souto is licensed under a Creative Commons Attribution-NonCommercial-NoDerivatives 4.0 International License.