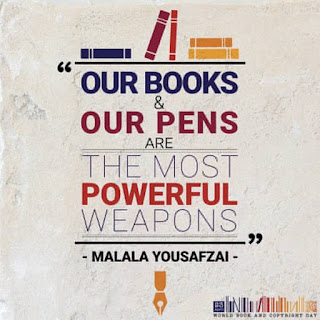 "A book is a link between the past and the future. It is a bridge between generations and across cultures. It is a force for creating and sharing wisdom and knowledge.
Frank Kafka once said, “a book must be an ice-axe to break the seas frozen inside our soul.”
A window onto our inner lives, books are also the doorway to mutual respect and understanding between people, across all boundaries and differences."

UNESCO is celebrating World Book and Copyright Day on 23 April for 19 years now.

World Book Day and Copyright takes place today, with festivities such as the Catalan Sant Jordi – to mark Saint George's day, in honour of Catalonia's patron saint.
This "day of the book and the rose" is a Valentine's day of sorts in which streets are packed with stalls, and couples demonstrate their love by exchanging roses and books – giving publishers a massive boost along the way.

"In turbulent times, books embody the human capacity to conjure up worlds of reality and imagination and express them in voices of understanding, dialogue and tolerance. They are symbols of hope and dialogue that we must cherish and defend."(...)

Literacy is the door to knowledge, essential to individual self-esteem and empowerment. Books, in all forms, play an essential role here.

With 175 million adolescents in the world - mostly girls and young women - unable to read a single sentence, UNESCO is committed to harnessing information and communication technologies, especially mobile technology, to support literacy and to reach the unreached with quality learning.

Wroclaw, Poland, is the 2016 World Book Capital, for its commitment to spreading this message across the globe.
This has never been so important at a time when culture is under attack, when freedom of expression is threatened, when diversity is challenged by rising intolerance.

April is a month full of good things to celebrate about books and literature. April 23 is a day when books are the centre of activities in schools and events all around the world. 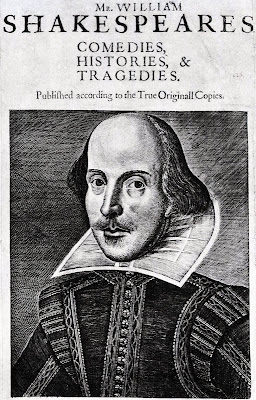 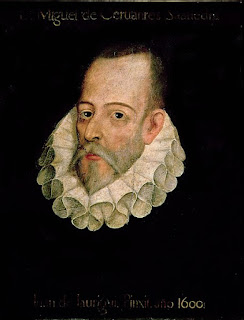 Miguel de Cervantes Saavedra commonly said to be that which, according to the prologue to Cervantes'
"Exemplary Novels", painted by Juan de Jáuregui
https://es.wikipedia.org/

William Shakespeare died on 23 April, 1616, preceded by only one day by Cervantes. On this day, I call upon all of UNESCO’s partners to share the message that books are a force to counter, what Shakespeare called, “the common curse of mankind - folly and ignorance.” 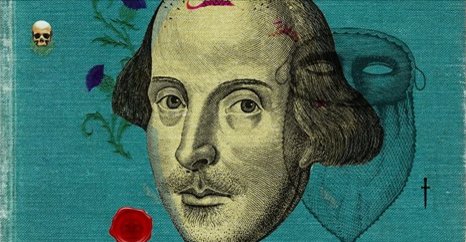 This year we are celebrating the 400th anniversary of Shakespeare’s death in 2016.

The world is going barmy for The Bard this weekend, and more with celebrations to mark the 400th anniversary of William Shakespeare's death.


Google has decided to pay its own tribute to Britain's favourite playwright with a Google Doodle that celebrates William Shakespeare and St. George's Day.

April 23 Shakespeare's death and April 22 Cervantes' death. It's the day when books are the centre of activities in schools and events all around the world.

Reading a book is in our days a large concept. All formats are available for those who love to read. Many of these emphasize international cooperation or friendships between schools. 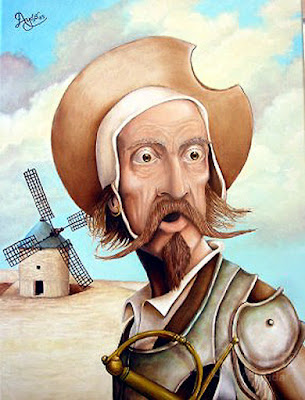 “Too much sanity may be madness and the maddest of all, to see life as it is and not as it should be.”
Miguel de Cervantes, b. 29 September 1547
pinterest.com/
Let's celebrate World Book and Copyright Day 2016 Worldwide. Register your celebration for World Book and Copyright Day 2016 and share your plans with other people that might be interested in participating or promoting this important day on the world map (Unesco website linked above)

Shakespeare Lives is an unprecedented global programme of events and activities celebrating William Shakespeare’s work on the occasion of the 400th anniversary of his death in 2016.
"It is an invitation to the world to join in the festivities by participating in a unique online collaboration and experiencing the work of Shakespeare directly on stage, through film, exhibitions and in schools."
Britsh Council
It will run throughout 2016, exploring Shakespeare as a living writer who still speaks for all people and nations.

Spain is celebrating the 4th Centenary of the death of its bard, Miguel de Cervantes:

You will find different ideas and some funny activities to motivate your students to read and to love books on this blog.
You can also organize different events at your school: relay readings of books and plays; the distribution of bookmarks; the announcement of the winners of school literary competitions.


Children should be introduced to Shakespeare for no other point than to explore the acting of it. Students love perform plays.

”The Shakespeare canon consists of manuals on how to perform his plays; they are not books to be read.”

Teachers with their students can unlock Shakespeare’s themes, characters and stories. Shakespeare’s life and works come alive for learners of all ages.
Exploring Shakespeare is one challenge that a primary school has taken seriously in 2014, when a class of 30 pupils, aged between nine and ten took to the state to perform a 30 minute adaptation of Julius Caesar, under the watchful eye of teacher Ruth Brock.

"It's heart surgery, acting Shakespeare. Students dissect the hearts of characters, they learn how to manipulate their own body, voice, and emotions, and to a certain extent their mind, to mirror the humanity of a fictional life."

Some schools simply can’t afford drama departments or visiting specialists, but perhaps one day the education system will change, and actors come into schools across the world free of charge. It would wonderful. Students like to talk with writers, actorsm illustrators, musicians. 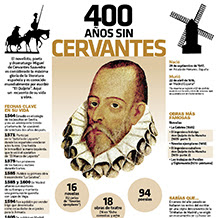 But this year we are celebrating the 400th anniversary Cervantes' death as well. And I can say to you they love Miguel de Cervantes and his book Don Quijote.


If your students are kids, don't forget some actions to promote the understanding of laws on copyright and the protection of authors' intellectual property. 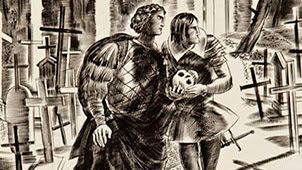 
On World Book and Copyright Day (2014), Calouste Gulbenkian Museum joined the commemorations for the 450th anniversary of the birth of William Shakespeare (Stratford-upon-Avon, 23 April 1564 - 23 April 1616) by displaying a copy of the tragedy Hamlet in the permanent exhibition space.

The copy in question is a translation into French by André Gide, who also wrote the introduction, and is illustrated with burin engravings by Albert Decaris. This work was acquired by Calouste Gulbenkian in 1947 in his capacity as a member of the Société des Bibliophiles Franco-Suisses, which he joined in 1932.´

My usual readers knows I write so often on G-Souto's Blog about the importance of reading in school! I have a Master in Literature and Linguistics. So, humanities are my priority and I am a huge fan of books. No matter the format. However I prefer printed books. What can I say?

You will find so many posts about books, reading, literature in my blog! If you search you will find a great number of authors and books in different languages and to different levels of education-

And some good apps, animated films and games that involve students to learn the way they like. Using the new educational digital resources.