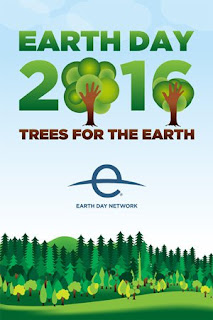 2016 enters the 46th year of a movement that continues to inspire, challenge ideas, ignite passion, and motivate people to action. Earth Day !
Tomorrow, April 22 we celebrate Earth Day 2016. With my students we are in since 2006.

In 1970, the year of first Earth Day, the movement gave voice to an emerging consciousness, channeling human energy toward environmental issues.
Forty-six years later, Earth Day continues to lead with groundbreaking ideas and by the power of its example.
Earth Day is more than just a single day - April 22, 2016. It’s bigger than attending a rally and taking a stand.

In each illustration, we’ll find one animal who’s been singled out for their 15 minutes of fame.

Each time we visit Google, we’ll randomly receive one of the five doodles. I chose Forests and Red Fox because it reflects the theme 2016. Trees!

On a day like this, Earth Day, we remember and celebrate our home in this great and stunning ecosystem.

The theme 2016: Trees for the Earth.
"This Earth Day and beyond, let’s make big stuff happen. Let’s plant 7.8 billion trees for the Earth. Let’s divest from fossil fuels and make cities 100% renewable. Let’s take the momentum from the Paris Climate Summit and build on it."
"Earth Day moves closer to its 50th anniversary, we’re calling on you to help us achieve one of our most ambitious goals yet —we’re planting 7.8 billion trees and we’re starting now."
Trees will be the first of five major goals we are undertaking in honor of the five-year countdown to our 50th anniversary. On their own and together, these initiatives will make a significant and measurable impact on the Earth and will serve as the foundation of a cleaner, healthier and more sustainable planet for all.


They absorb excess and harmful CO2 from our atmosphere. In fact, in a single year, an acre of mature trees absorbs the same amount of CO2 produced by driving the average car 26,000 miles.

Trees absorb odors and pollutant gases (nitrogen oxides, ammonia, sulfur dioxide and ozone) and filter particulates out of the air by trapping them on their leaves and bark. 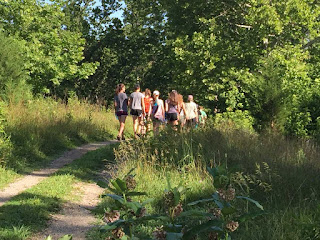 Education:
As I've done in the past, I share some thoughts to teach about Earth Day and environmental education in general.

Last years I shared different Earth Day-related resources. That list is comprised of resources for middle school and high school. Remembering Wall-E : a gree respurce for Earth Day (2012); Earth Day : A story about the Forest (2011) and other.

I have been checking out what’s new in apps to help commemorate Earth Day. I’m completely fascinated by green tech. And students will love it.

Let's include apps and games into the school curriculum to celebrate Earth Day 2016. 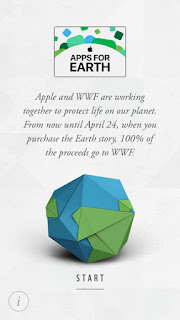 WWF is proud to be part of Apps for Earth, helping protect the planet, one app at a time.

WWF Together: Apple just launched a new App Store promotion that raises money for the World Wildlife Fund, in celebration of Earth Day.

Through this initiative, 100% of proceeds collected from participating apps through downloads and in-app purchases will be donated to the WWF, which supports nature conservation efforts around the globe.

The promotion will run through April 24, two days after Earth Day 2016. Several Earth Day versions of popular apps are being featured through WWF Together - here are a few .

WWFTogether: When you are done planting trees or cleaning up your local park on Earth Day, here are some of the cooler apps we’ve found, all kid-approved, to enjoy: 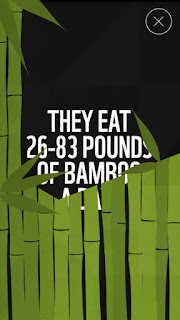 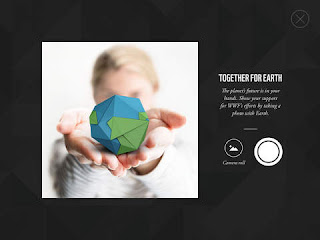 Change starts with us. Every human (and Angry Bird) on earth has has to be a part of the solution. On the game students will find just a few of the many things they can do make an impact.

By recycling, taking public transportation and conserving water, for example, students can share tips on how they can live sustainably and happily in their everyday lives. 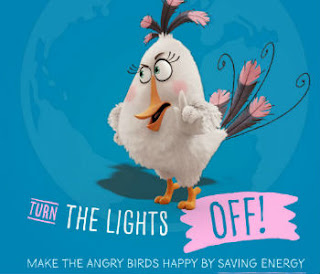 Angry Birds Happy Planet was launched to support the United Nations's campaign "to encourage young people to step up their actions to address climate change and ensure a sustainable and happier future for all."

The campaign was launched in partnership with the Angry Birds to make a direct link between tackling climate change and people’s happiness and well-being on the occasion of the International Day of Happiness.
“The Angry Birds have entertained millions of people around the world – and now they are part of making the world a better place,”
Secretary-General Ban Ki-moon,
He appointed Red of the Angry Birds as an Honorary Ambassador for Green.
Languages:
English, French, Spanish, Japanese, other
For more information here 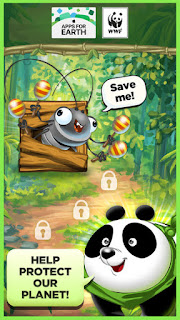 screenshot: Best friends
https://itunes.apple.com/
Best Fiends : students can engage in an App for Earth quest consisting of fun puzzle levels set in the Yangtze River region in China.
Story:
The little creatures of Minutia lived in peace and harmony, until the night the meteor smashed into Mount Boom! A strange force transformed the slimy Slugs who lived there into a gang of greenery-gobbling goons – and now, the Slugs captured the Best Fiends’ families!To fight back the Slugs and reunite their families, the Best Fiends have to grow and level up, discover their special powers and prepare for the mystery that awaits at Mount Boom.To get to Mount Boom, they’ll need to become… the Best Friends!
Download : Free
Languages: English, French, German, Italian, Portuguese, Japanese, Korean, Russian, Simplified Chinese, Spanish, Traditional Chinese
Gadgets: iPad, iPhone, Apple watch 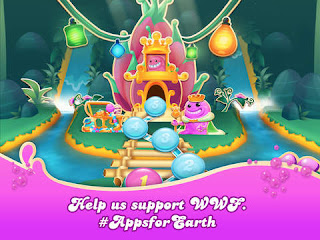 Candy Crush Soda Saga features a live in-game event, Bamboo Hill, which students can experience on the weekends of April 15 and April 21 to help conserve our planet.

Note: Candy Crush Soda Saga is completely free to play, but some in-game items such as extra moves or lives will require payment. You can turn off the payment feature by disabling in-app purchases in your device’s settings. 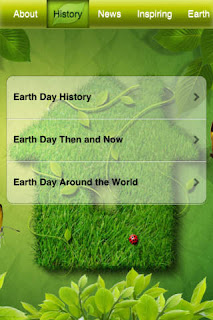 Earth Day Guide serves as a kid’s introduction and guide to Earth Day. Included are overviews about:

Students up-13 years.old can participate on Billions Acts of Green. Schools and students can be involved in different acts:
Read more on Earth Day website 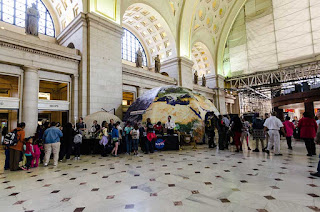 NASA /Earth Day
https://earthdata.nasa.gov/
If you and your students live in the USA, join NASA at Washington's Union Station April 21 & 22 to celebrate Earth Day!
If you live near, join with your students NASA astronauts, scientists, and educators at Washington’s Union Station April 21 and 22 to celebrate Earth Day.
NASA events take place from 9:30am to 5pm in the station’s Main Level and are open to the public.
This year’s Earth Day event features almost 20 activities designed to increase students knowledge about the world around them. 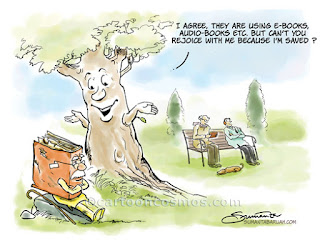 Two days until #EarthDay2016. Join Earth Day to plant a #tree .  Schools, students and families are setting up separate parties around the world to plant trees at a ‘registered event’ on 22 April this year.

Schools and students can join or even set one up theirsel. Register school event here.
Find a sampling of Earth Day events open to the public:

Spread the word on social media with the hashtag #trees4earth.

Let's get planting! Plant a tree! Activate your school, students, friends and social networks.
We can do this: #trees4earth
G-Souto