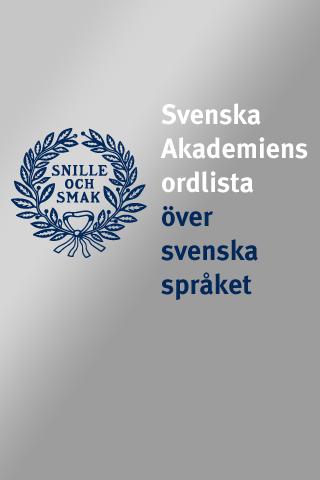 Sweden has long been progressive on gender egalitarianism, and now its language is officially catching up.

A gender-neutral pronoun, hen will join its binary counterparts han (he) and hon (she) in the new edition of Sweden’s official dictionary, helping Swedish speakers avoid the sort of linguistic gymnastics common in languages without a gender-neutral alternative.

The Swedish took some serious decision in their country when in 2014 officially introduced a gender-neutral pronoun “Hen”. This new pronoun included in the glossary of the Swedish Academy,Svenska Akademiens ordlista (SAOL), stands in for han (“he”) or hon (“she”), which refers to individuals belonging to a specified sex. 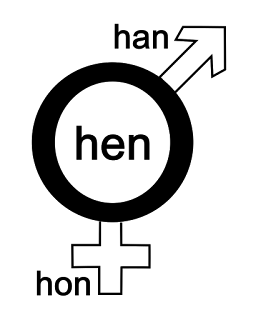 The Swedish took some serious decision in their country when in 2014 officially introduced a gender-neutral pronoun “Hen”. This new pronoun included in the glossary of the Swedish Academy,Svenska Akademiens ordlista (SAOL), stands in for han (“he”) or hon (“she”), which refers to individuals belonging to a specified sex.
“Hen” will be added to “han” (he) and “hon” (she) as one of 13,000 new words in the latest edition of the Swedish Academy’s SAOL.

"Gender equality implies not only equal distribution between men and women in all domains of society," - the Swedish government proclaims on its website.

"It is also about the qualitative aspects, ensuring that the knowledge and experience of both men and women are used to promote progress in all aspects of society."

While gender-neutral language already is prevalent in dozens of cultures around the world, Western society has been more reluctant to make official changes to the traditional masculine/feminine pronoun structure.

According to Dennis Barons, a linguistics professor at the University of Illinois, more than 80 different English gender-neutral pronouns have been introduced since 1850. 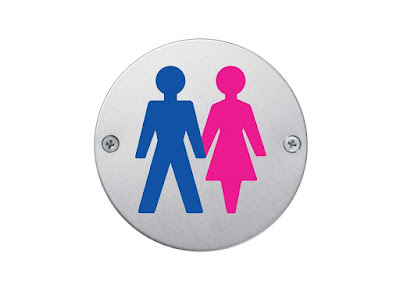 "For those who use the pronoun, it’s obviously a strength that it is now in the dictionary," one of the editors, Sture Berg, told AFP last Tuesday.
The word “hen” was coined in the 1960s when the ubiquitous use of “han” (he) became politically incorrect, and was aimed at simplifying the language and avoiding the clumsy “han/hon” (s/he) construction. 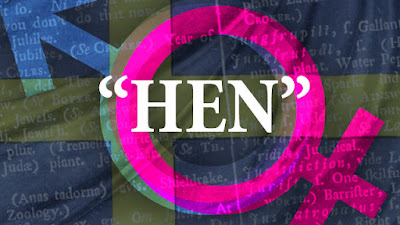 Indeed, "hen" has been used in Sweden with varying success since its introduction in the 1960s. But the pronoun enjoyed a surge in popularity a few years ago, especially among early-childhood educators.

"Sweden is really the pioneer," Lann Hornscheidt, a professor of gender studies and linguistics at the Humboldt University’s Center for Transdisciplinary Gender Studies, told Newsweek last September. "No other country has made such an effort to break down gender barriers among children." 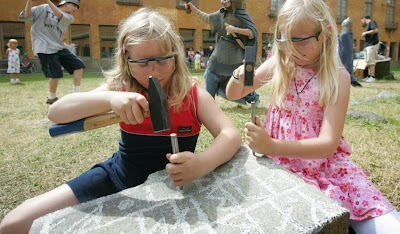 "Today, a greater proportion of women than men complete upper secondary education in Sweden, which has come to attention as a reverse gender issue. Significantly more women than men also participate in adult education. Women comprise roughly 60 per cent of all students in undergraduate university studies and almost two-thirds of all degrees are awarded to women. Equal numbers of women and men now take part in postgraduate and doctoral studies."

Gender Equality in Sweden
The implementation of the pronoun started in 2012 at nurseries, schools and newspapers.

“We haven’t started using it at home yet, but it’s just a matter of habit,” says Sofia Bergman, a Swedish mother of two. “But it’s a good thing if nurseries and schools use it.”

Sweden should serve as a role model for this huge accomplishment by providing an all-inclusive/neutral environment for all. 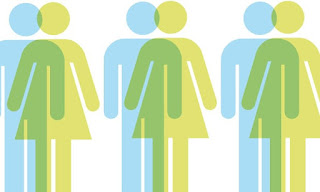 When to use it?

The pronoun is used to refer to a person without revealing their gender – either because it is unknown, because the person is transgender, or the speaker or writer deems the gender to be superfluous information.

It can now be found in official texts, court rulings, media texts and books, and has begun to lose some of its feminist-activist connotation.

It is one of 13,000 new words chosen by the Swedish Academy for inclusion in its updated dictionary, which will be made available on April 15.

Founded in 1786, the Swedish Academy is to work "for the ’purity, vigour and majesty’ of the Swedish language, i.e. its clarity, expressiveness and prestige".

The Swedish Academy’s dictionary is updated every 10 years. New entries are determined by their frequency and relevance.
The new edition goes on sale on 15 April.

After Langue Française : Larousse et Petit Robert 2015, English Language : Chambers 2015 & OED, today the Swedish language and the new edition of the official dictionary of the Swedish Aacademy is the topic of my post.

The linguistics must adapt the languages to the modern societies and cultural realities. Social media have an important role as well introducing new vocabulary, and the new generations are often the creative agents for new words and a dictionary should reflect that. 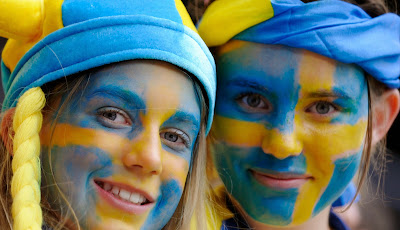 Students don't appreciate the dictionary as a god tool to homework. However the new technologies bring other concepts of the dictionary.

Almost all dicitonary editions are thinking on youth creating apps. Students can use the apps in languages lessons. Dictionaries encourage knowledge, curiosity and vocabulary skills.

Students have no excuse. The dictionary is in their pocket : smartphones, iphones.

The app for  iPhone, Android, Windows Phone 7 are free.


Classroom teaching Swedish language can place holder sheets practices in the use of Swedish students according to the level you are teaching.

The dictionary is an essential tool: teachers, students, parents.
"No other country has made such an effort to break down gender barriers "among children."

Lotta Rajalin, (the director of the nurseries that first introduced hen)