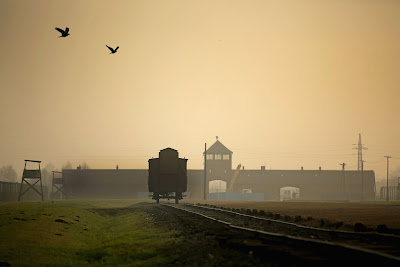 "UNESCO was established in the wake of the Holocaust on the conviction that lasting peace must draw on the mutual understanding of peoples and cultures, nurtured through education and knowledge sharing, in ways that highlight the best of humanity in ourselves. The Holocaust has shown us the worst of ourselves, and remembrance of the victims must accompany us in our quest for a world where such horrors will never reoccur." 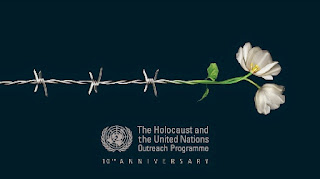 Every year around 27 January, since 2005, UNESCO pays tribute to the memory of the victims of the Holocaust. This date marks the anniversary of the liberation of the Nazi German Concentration and Extermination Camp of Auschwitz-Birkenau by the Soviet troops in 1945.

In 2015, the theme chosen by the United Nations for this International Day is “Liberty, Life and the legacy of the Holocaust Survivors." 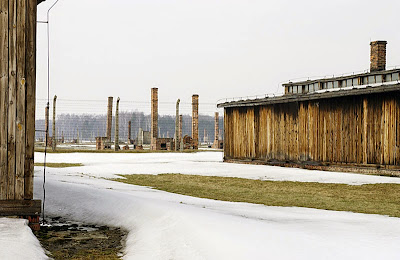 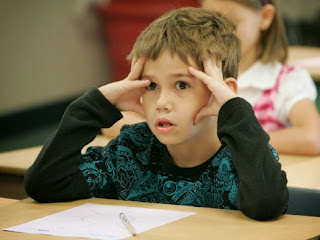 Education has a vital role to play in fostering a culture of prevention, undermining prejudice, promoting peaceful co-existence and human rights, and cultivating respect for all peoples.
UNESCO recognizes that teaching about the history of the Holocaust is fundamental to establishing respect for human rights, basic freedoms and the values of tolerance and mutual respect.
UN Member States are encouraged to develop educational programmes that transmit the memory of the Holocaust to future generations so as to prevent genocide from occurring again. 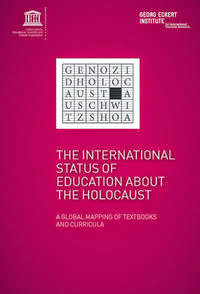 UNESCO promotes these learning materials and provides a platform for institutions, teachers, students and interested parties to access resources on Education for Holocaust Remembrance.
We can download here "The International Status of Education about the Holocaust : A Global Mapping of Textbooks and Curricula" published in 2015. 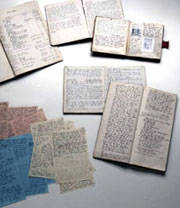 Resources:
Digital
The Diary of a Young Girl, otherwise known as the Diary of Anne Frank, is headed to your smart phone for the first time in its original language.

A publisher in Amsterdam released in November 2014, the first smartphone application containing Anne Frank’s diary in its original language.

The app further contains the audio book of The Diary of a Young Girl read by Carice van Houten, the Dutch actress who portrays The Red Woman in the hit HBO series Game of Thrones.

The app also features two interactive timelines with photographs  from World War II and the secret annex where the Franks hid. It also has video interviews with Miep Gies, who helped the Franks in hiding. 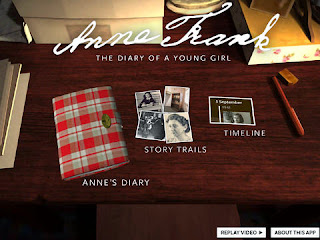 The app is not the first Anne Frank app. But this app is the first to publish the diary in its original language.

An English-language one was released in 2013. I wrote about it on my post Teaching the Holocaust (2013). 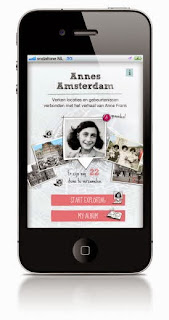 In English and also in Dutch and German languages, Anne's Amesterdam app. Anne’s Amsterdam is a mobile App from the Anne Frank House. With this App, students can explore the city and discover what happened during World War II. The city’s history during the war is depicted in an innovative and interactive manner.


Anne Frank left footprints all over Amsterdam. The Anne Frank House has developed an app that links the past with the present and offers locals a whole new perspective on their own city.

Anne's Amsterdam app is free. Students can explore the city and discover what happened during World War II. With Anne's Amsterdam they can personal stories, film footage and unique photographs from the past at the same location today. The city's history during the war is depicted in an innovative and interactive manner.

The life of Anne Frank as  computer game is a new game by Kira Resari, a German designer. Kira Resari built a prototype of the game as his bachelor's thesis while he was studying game design at the Macromedia College in Munich. 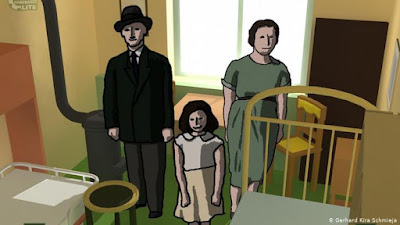 It takes place over the course of one day, Oct. 20, 1942, with the player able to interact with Frank's sister and parents as well as the van Pels family, the people with whom the Franks were hiding.

Anne sits in the kitchen studying while her mother prepares lunch for the residents of the hideout, located in a rear house in Amsterdam. She asks Anne to get a bag of potatoes from the attic. But Anne has second thoughts. She feels weak and tired.
These are the decisions the player must make in "Anne Frank," the computer game created by Kira Resari. 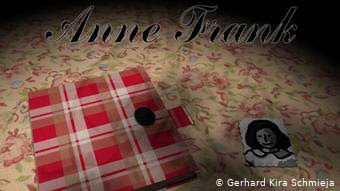 Kira Resari |Anne Frank computer game
http://www.dw.de/
The game plunges the player into the world of Frank and her family, memorialized in the famous diary kept by the Jewish girl during the Holocaust.

Students/users can move freely within the rear house of the building complex on Prinsengracht 263.

The game is constricted to one day in the life of the Jewish girl - October 20, 1942. The Franks haven't lived in the hideout for very long.

In the role of Anne, the student/user meets her sister Margot, parents Otto and Edith, and members of the van Pels family, who also hide there. The students can decide whether Anne Frank is studying, doing her homework, or writing in her diary. 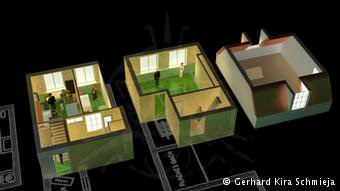 Resari refers to his Anne Frank project as an "interactive experience," rather than a game. He wants to recreate the atmosphere in the rear house hideout so that the students/users can best relate to the way Anne Frank must have felt.

In this way the game doesn't offer any opulent 3D graphics or booming sound effects. The overall visual appearance could bd described as simple and rather dismal, punctuated by quiet, melancholic piano music.

Note: Anne Frank computer game was a  prototype, and Resari was not planning to market it commercially (2013). We don't know if he changed his first idea. We think it would be an interesting educational digital resource to introduce into the school curriculum.
The Anne Frank House museum offers a three-dimensional online environment, in which visitors/students can explore the front of the house and the secret annex as it was then, as well as listen to audio commentaries and stories explaining historic facts.

Unesco | Resources for Teaching the Holocaust and other Genocides 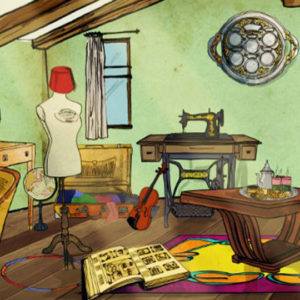 The website  Sarah's Attic for Primary education in several languages:
You can search for other resources on my blog posts Teaching the Holocaust and The Book Thief and The Holocaust. Of course the blog for my students have interesting posts about Anne Frank. 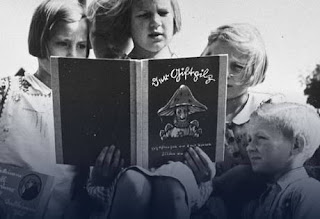 Learning about the universal history facts in the past or present can engage students in a critical reflection about the values of human rights to prevent such atrocities in the present and future. Talking about the heritage of humanity, the roots of genocides, and the necessity to nurture peace and human rights is one of the most important values that school curricula can teach.

I'm sure you will have interesting lessons and will develop wonderful projects with your students. Students love History and Literature.

You don't have to finish in a week. Give some time of your lessons to really help your students to understand the values of a young girl who died tragically but never lost her faith in a better world.

Teachers have always the faith in a better world. This is why we teach. For a better word, not only for learning competences but for humanitarian skills. The excert below from Anne Frank' Diary is so real in our days!

Anne Frank, The Diary of a Young Girl