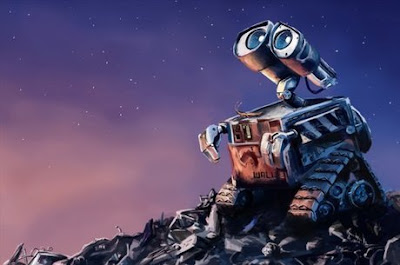 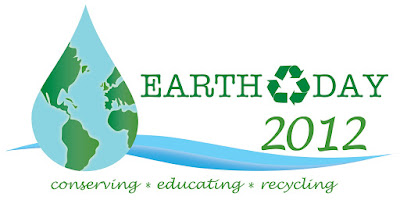 April 22, more than one billion people around the globe will participate in Earth Day 2012 and help Mobilize the Earth.

Let's continue inspiring our students, this time for Earth Day 2012 by elevating the importance of environmental issues around the world. School time is a wonderful place to teach and share those values.

Last year, I wrote about an interesting resource to include into your school curriculum. Remember A story about the Forest? A lovely  visual story about the forests by Franke James, the author of Bothered By My Green Conscience that merges science, art and storytelling to inspire people to take action and “do the hardest thing first” for the planet.
This year, I would like to share with you another beautiful story! A movie! Wall-E by Pixar. 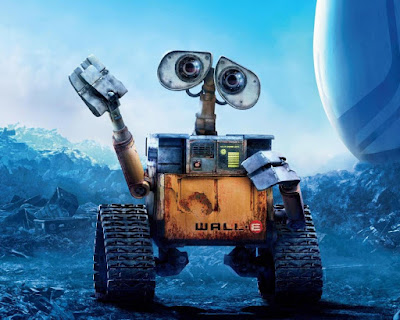 Now you are smiling! Yes, it's true! I wrote about Andrew Stanton and his TEDTalk on my last post because I was thinking about Wall-E as a green digital resource to include into school curriculum. A touching digital storytelling about the Earth.


Wall-E! Such a poetic film that won the 66th Awards Oscars, at the category Animated movies (2009).

"Wall-E was to find beauty", said Stanton on his TEDT Talk. 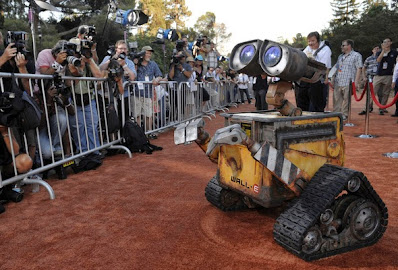 Wall-E the robot poses for photographers on the red carpet at the premiere of the film in Berlin in September. The Disney/Pixar movie "Wall-E" was named best animated film at the 66th Golden Globes

Wall-E! The special ecological robot? Your students will love it!

"Several centuries in the future, when human beings have abandoned the earth for a series of orbiting spaceships, the lone remaining being on the planet is a solar-powered robot named WALL-E. As he continues to carry out his trash compacting duties, he gathers up unexpected treasures...including a tiny green plant that has somehow reappeared on the earth's heavily polluted landscape." 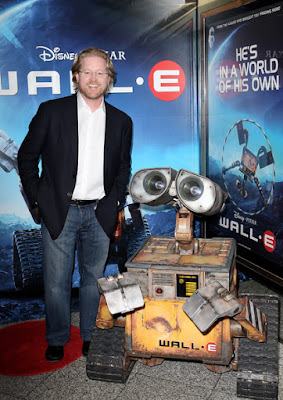 Wall-E! Created by Andrew Stanton, a five times nominated by the Academy Award.

The highly acclaimed director of Cars or Ratatouille transport us to a galaxy not so far away for a new cosmic comedy adventure about a determined robot named Wall-E. 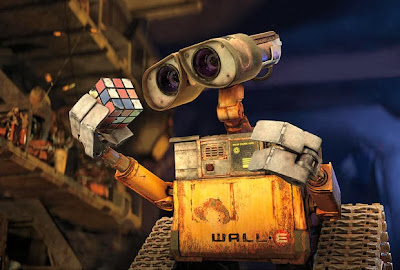 The year is 2700, and planet Earth has long been uninhabitable. For hundreds of years, WALL-E (Waste Allocation Load Lifter Earth-Class) has been taking out the trash, and collecting precious knick-knacks in order to stave off the boredom of his dreary routine.

Little does WALL-E realize that he has recently stumbled onto a secret that could save planet Earth, and once again make the ravaged planet safe for all humankind. 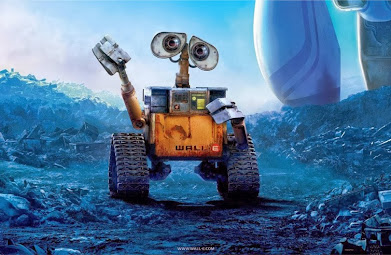 After hundreds of lonely years of doing what he was built for, the curious and lovable Wall-E discovers a new purpose in life when he meets a sleek search robot named Eve. And it's love!

Behind the inventive science fiction and space vistas of Wall-E there is a simple love story.

When highly advanced search robot EVE makes friends with WALL-E and realizes the value of his remarkable discovery, she excitedly races back to let the humans know that there's hope for their home planet after all. 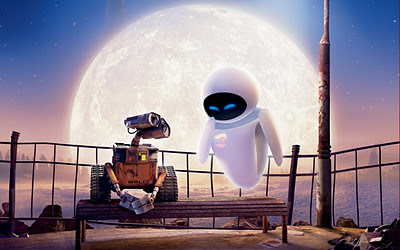 But after centuries alone in space, Wall-E can't stand the thought of losing the only friend he's ever known, and eagerly follows her into the deepest reaches of space on the adventure of a lifetime.

Along the way, the friendly trash-collecting robot who has always known what he was made for gradually begins to understand what he was meant for.

With less dialogue that most films of today, the storytellers at Pixar had to work even harder to make Wall-E expressive. And he is deeply expressive!


Stanton talks about how the classics of Charlie Chaplin and Buster Keaton became the influence for Wall-E, how the film's initial ideas developed after Toy Story in 1994, and cinematographer Roger Deakins' influence on the film's visual style. Stanton also reflects on working with legendary sound designer and voice of R2D2, Ben Burtt, collaborating with composer Thomas Newman, and Pixar's "safe environment" for filmmaking. 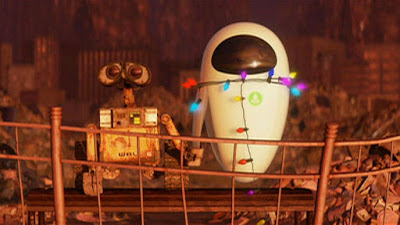 "It's funny, but both Lasseler and I had the instinct that Wall-E should really be a love story (...) there's something endearing about a machine that falls of another kind of machine he's never seen before."

"Our planet, our home is being neglected. Climate change continues unabated. It seems there's a new ecological disaster happening almost daily."
Schools have an important role promoting environmental education as a civic value. So, teachers can teach and share environmental values into school curricula in different moments of their lessons.


Yes! Because Earth Day is not about a day! Earth Day is about every day! So, educators must teach environmental values in different moments of their lessons, providing some thoughts and digital resources, educating young people for a sustainable future and inspiring them being by being a good example.

Students will evolve in creative green projects  that they will share with families and friends. They will become good young environmentalists.

"Educating today’s youth about environmental sustainability has the power to capture the attention of students, teachers, parents, the community, and beyond.

Earth Day 2012’s education mission is simple: encourage as many K-12 schools as possible to paricipate in Earth Day activities that  teach the importance of civic and environmental responsibility."


"Because we don't think about future generations, they will never forget us."

For years, I shared my green ideas with my students. Today, I know that they are young ecological citizens who care about the Earth. And some of them are now involved as volunteers in different NGOs.

"For Earth Day 2012 we are mobilizing the planet simply to say one thing: the Earth won't wait. It seems that environmental issues have been put on the back burner as we are in the midst of a global recession. It is time for us to Mobilize the Earth and speak wit."

Some resources for teachers:

'Reading for the earth'

Reading for the Earth is a national platform that libraries can use to promote environmental literacy and to inspire youth to read more books.
https://www.earthday.org/Reading

Some posts on this blog about Environment or Earth Day:

Talking about Earth Hour with students;

Fate of the World: a SG in school;

A Green blog published by my students since 2008 and a polar blog since 2007.

"There are no passengers on Spaceship Earth.  We are all crew."

Schools : Wall-E ! A green animation for Earth Day 2012 ! by G-Souto is licensed under a Creative Commons Attribution-NonCommercial-NoDerivatives 4.0 International License.