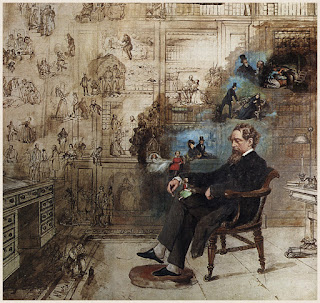 We celebrate the bicentenary of the birth of Charles Dickens, one of the greatest authors.

Dickens 2012 is a world celebration of life and work of Charles Dickens to mark the bicentenary of his birth, which felt on 7 February 2012.

In 2005, the world celebrated the bicentenary of Hans Christian Andersen.

Institutions, organisations and schools from all over the world celebrated HCA2005 and this year we are celebrating  Dickens 2012  in commemoration of his 200th birthday on February 7.

Together we are working to deliver a programme of events and activities to commemorate this very special anniversary like we did in 2005.

Google joined the celebration with a doodle, last February 7 that reflects the world of Dickens' books.

Reading is one of the most important activities in Languages curriculum. Of course we are doing it all the time. However this kind of world celebrations are important because students love to interact in different situations with other students. They prefer a dynamic class.

Dickens is an English writer and social critic who who is generally regarded as the greatest novelist of the Victorian period and the creator of the some world's most memorable fictional characters.


Charles Dickens is the kind of author every teacher include into school curriculum as well Hans Christian Andersen.

Both had a painful childhood that they describe in their books, some of them autobiographic.

Young Dickens experienced child labor in factories. Lack of money, Charles Dickens had experienced a chaotic school, and left school. Dickens's own father was sent to prison for debt, and the family struggled to survive. This became a common theme in many of his books. 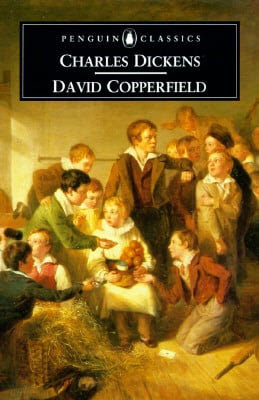 "He spoke later in life of his poignant memories of childhood and of his near-photographic memory of the people and events, which he used in his writing."

All authors might be said to incorporate autobiographical elements in their fiction. Hans Christian Andersen incorporated too, but in Dickens, this is very present, even though he took pains to mask what he considered his shameful, lowly past.

As his biographer demonstrates, this humiliating experience traumatized the young boy. It will nourish many of his works. David Copperfield is one of the most clearly autobiographical.

Level: All levels (from primary to high education)

He wrote 14 and a half novels (he died in the middle of The Mystery of Edwin Drood). 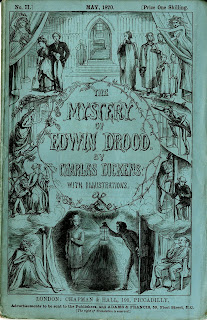 When you and your students are reading any book by Dickens, you will see his great sympathy for children, his angelic heroines, the way his serial composition lends itself so beautifully to television or cinema.

Oliver Twist or The Parish's Boy Progress (subtitle) is one of the best to explore in curriculum.

Poverty is the main theme in this book. Oliver is confronted with poor people and slums and he has no money himself. 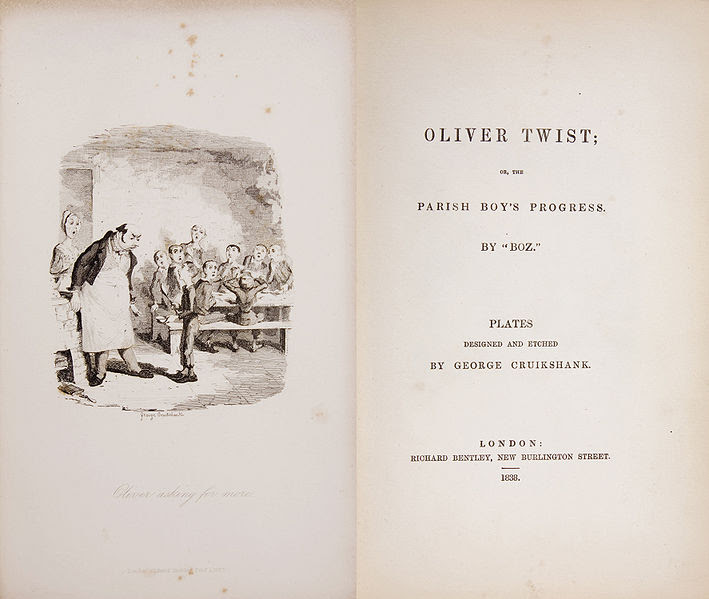 Oliver is a good child that’s put in very sad place. He lives as an orphan without friends. He is confronted with very vicious people like Fagin, Sikes and Noah Claypole, but he is also confronted with a lot of charity and love.

A typical thing in this book is that Dickens uses some speaking names. The names say something about the characters.

For example "Mr. Grimweg who seems to be very ‘grim’ or Mrs. Mann who isn’t a very womanly and motherly person. Mr. and Mrs Sowerberries are sour berries witch refers to the grouchy Mrs. Sowerberry and the profession as undertaker of Mr. Sowerberry. Rose Maylie says something about her association with flowers and springtime while Toby Crackit is a reference to his chosen profession: housebreaking. 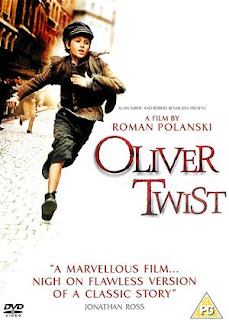 
Today, his popularity continues unabated, and his work remains not only widely read but widely adapted for stage and screen.

A beautiful digital resource is Roman Polansky's film based on Oliver Twist novel.

An adaptation of the classic Dickens tale, where an orphan meets a pickpocket on the streets of London. From there, he joins a household of boys who are trained to steal for their master. 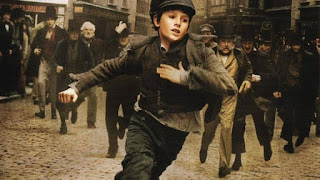 Polansky narrated in a sensitive way the child labour and the recruitment of children as criminals. Very touching.

As I wrote in different posts about reading, movies based on children or youth books are an attractive and enjoyable digital resource to motivate students reading at school.


Many of his characters' names provide us with a hint as to the roles played in advancing the storyline, such as Mr. Murdstone in the novel David Copperfield, which is clearly a combination of "murder" and stony coldness.

"Dickensian characters, especially their typically whimsical names, are among the most memorable in English literature." 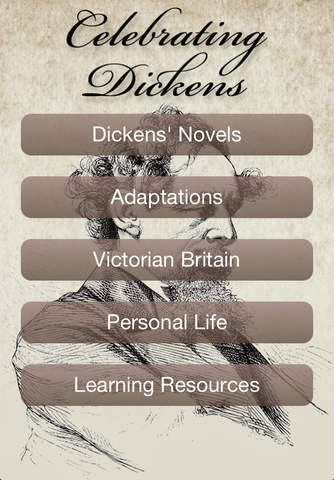 Dickens 2012 partner the University of Warwick has released also an App (Apple and  Google Play) as part of its Celebrating Dickens project. 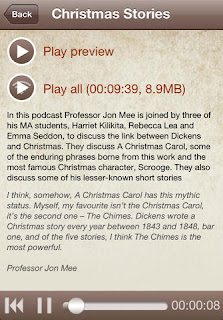 
The app offers podcasts, articles and videos featuring experts which explore aspects of Victorian Britain, Dickens’s novels and adaptations of his works.

Good! Students can use their smartphones/ iphones in the classroom to explore some of those digital resources. Don't miss that!

You must not underestimate the use of social media as Twitter or Facebook in the classroom. Powerful resources to involve your students in national and international projects, checking for schools and projects on social media networks.

Exchanging experiences on social media enrich your students' learning process and your own teaching.

Dickens "would have been fascinated by Twitter, for example, He loved the telegraph, the railways, all sorts of modern communications technology, he was very 'on the button'." 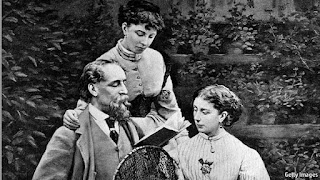 
"The marginalia, the backstory and the language - all the tiny touches that make his work entertaining and inventive and special, two centuries on."

Dickens literary style is a mixture of fantasy and realism.


Students are very curious about autobiographical books. They love to 'read' from the authors, the real story about their life on theirs books.

Books based on the gripping real-life stories of an author as Charles Dickens are true values to show to students how they can get out from a difficult youth or childhood and become well succeed adults as Dickens or Andersen. 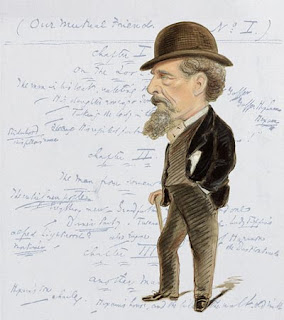 Another point, reading aloud, bringing characters to life, is a crucial part of reading in the classroom.

Reading a book and after, in a comparative process of learning, displaying the movie in the classroom, even go to the movies with our students, are interesting strategies that educators can't throw way.

"Dickens really was a peculiarly modern writer, very attuned to what was new; he was writing at the beginning of the industrial revolution which, effectively, we are still in."

Teaching Dickens in Languages curriculum by G-Souto is licensed under a Creative Commons Attribution-NonCommercial-ShareAlike 3.0 Unported License.

Charles Dickens at 200 | The The Guardian (very complete resource)
http://www.guardian.co.uk/books/series/charles-dickens-at-200 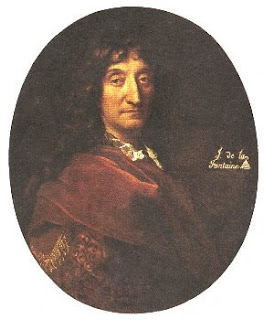