Fukushima: social media in the classroom 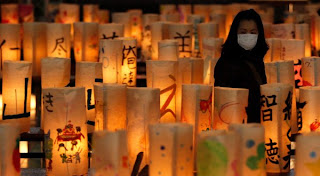 Millions of people in Japan have paid tribute, yesterday March 11, to the thousands of victims of the earthquake and tsunami that devastated the country's north-east coast one year ago and sparked the world's worst nuclear crisis for 25 years.
"At 2.46pm local time (5.46am GMT), a year on from the moment the magnitude-9.0 earthquake struck, people across Japan bowed their heads and observed a minute's silence, while sirens sounded in the dozens of coastal communities still in mourning for the 15,800 people confirmed dead and 3,300 others still missing."

But, March 11 was also a day of protest against nuclear in Japan.

"The sense of loss was tinged with bitterness at the slow pace of reconstruction and the government's handling of the crisis at the Fukushima Daiichi nuclear power plant."

It is difficult to write something about Fukushima. The newspapers and televisons of all over the world did it.

Fukushima was a terrible and courageous live-stream history fact that teachers and students followed on TV and news last year. 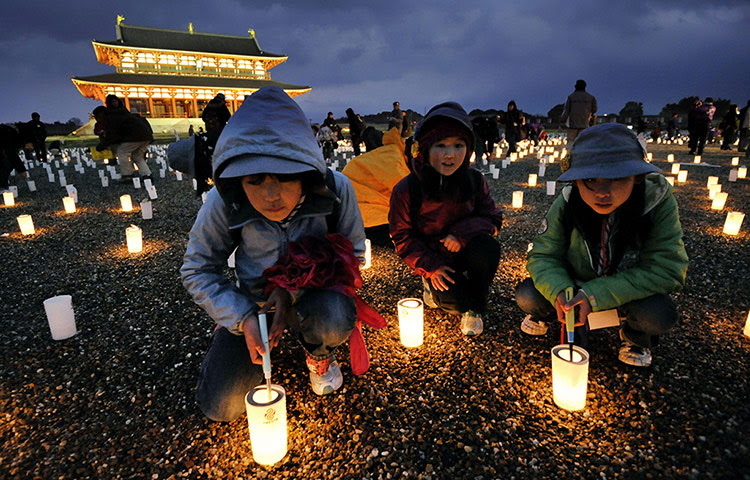 For those of us working in education, we need to make the most of this opportunity.
We need to be digitally literate, and more than that, we need to find ways of doing our work in the classroom and online, to become open practitioners and digital scholars.

Schools across the world must consider to help their students observe the 1st anniversary of the 3/11 events.

I know it is a delicate subject, as September 11 is, but young people make questions, they like to be informed and discuss all it happens around the world. And they have a conscious idea on it.

There are so many stories and so many lessons that can be taught! 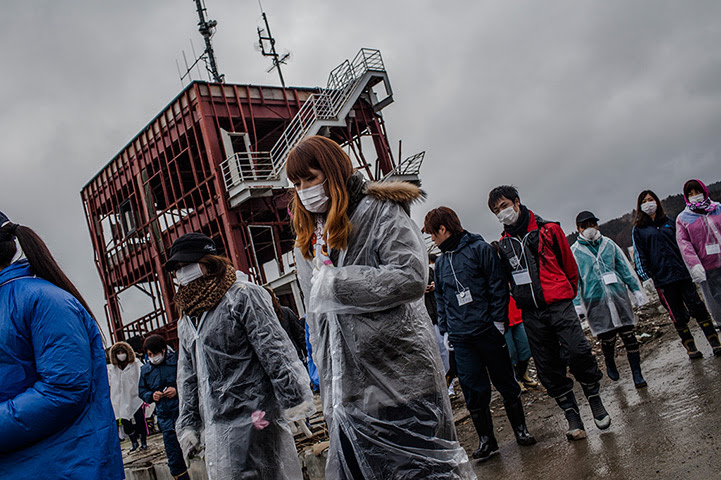 "So many stories are ultimately about how small acts of kindness could bring a little humanity, even in a tragedy that defies all imagination" that we can share with students about Fukushima disaster!

Open resources are a most value for school curriculum. Open education goes across the boundaries of formal and informal, children and adults, across academic disciplines.

In their comments, students are very enthusiastic and encouraging of the notion of open educational resources.

Learners can access a curriculum which is more flexible, visible, blended and integrated with real life experience, which allows them to integrate learning and life and which can provide a bridge into school from informal learning.

If you need, here some important links of social media that can be integrated and explored in school curricula as open educational resources (English and French):

In the Wake of Disaster
http://www.nytimes.com/interactive/2012/03/11/world/asia/in-wake-of-disaster.html?ref=asia

Each practitioner must adapt the theme and media information for students they are teaching.

"Openness to ideas, recognition of contextual differences, negotiation of meanings and co-creation of materials are central to learning and teaching in the subject areas of school curriculum."

After the exploration of the digital resources, and other documents from  research homeworking (individual or in group), and an open discussion in the classroom or online,  ask your students to write:

Ask your students to think of the papers available. Make their different from all the others.This is a great way to learn how to make a0 newspapaper.

It means sharing moments of significant learning and collaborative, socializing, creativity and productivity as reflected in the valuation of individual talents.

Students love this activity. They can show entirely their creativity. You will see!


"We shall not let our memory of the disasters fade, pay attention to disaster prevention and continue our effort to make this land an even safer place to live."

Fukushima: social media in the classroom by G-Souto is licensed under a Creative Commons Attribution-NonCommercial-ShareAlike 3.0 Unported License.