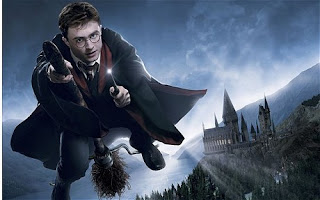 "Harry Potter fans have been sent into a frenzy of excitement after the creator of their favourite wizard, JK Rowling, launched a mysterious new website" 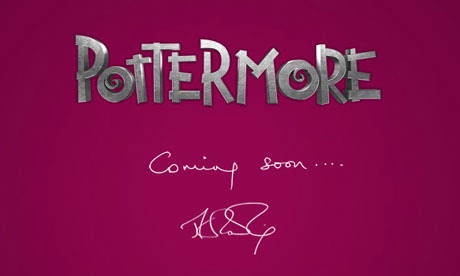 The project was unveiled when Rowling set fans some clues yesterday, June 16, asking them to enter 10 sets of coordinates into a site called secretstreetview.com. A letter could be found at each location, spelling out the Pottermore name.
The website, Pottermore.com shows the word 'Pottermore' on a pink background, with a message 'coming soon...' and Rowling's famous signature.
A Twitter account, @Pottermore, has also been set up on June 16 too and already has almost 44,000 followers.
Some readers are praying that the news might be a new Potter book, although Rowling has previously said it is "highly unlikely" that she would write more Harry Potter novels. 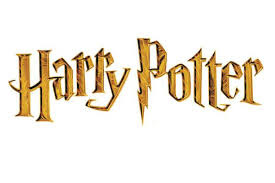 "I've got enough story for seven books and I never planned to carry the story beyond the end of book seven. I might do an eighth book for charity, a kind of encyclopedia of the world so that I could use all the extra material that's not in the books ... we'll see!"
J.K.Rowling
However, she did tell Oprah Winfrey in an interview last year that she could "definitely write an eighth, ninth [and] 10th book", adding "I think I am done but you never know".
It is rumoured that the interactive site will be a meeting place for fans offering games, a Harry Potter encyclopaedia, readings by Stephen Fry and competitions. Fans will also be able to buy the books.
Go to J.K. Rowling's Annoucement on Youtube Wow! Gorgeous don't you think?

Pottermore countdown clock is revealed on YouTube by G-Souto is licensed under a Creative Commons Attribution-NonCommercial-ShareAlike 3.0 Unported License.