At Dakar the Conference  “Engendering Empowerment: Education and Equality” (E4), was run for three days and marked the 10th anniversary of the United Nations Girls’ Education Initiative (UNGEI).

The E4 conference was organized by the United Nations Girls’ Education Initiative (UNGEI) to mark the tenth anniversary of the UNGEI global partnership.  UNGEI was launched by former Secretary-General Kofi Annan at the World Education Forum, also in Dakar.


As education, particularly for girls, is threatened to be pushed onto the back burner, this conference was open on the 16th May 2010 to put girls’ education front and center.

Girls, who in many societies are more excluded than boys, are at the core of development efforts, such as the Millennium Development Goals (MDGs). MDG 2, in particular, is a globally-agreed target of ensuring universal primary education by 2015. 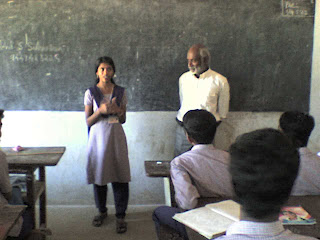 Evidence shows that unleashing the potential of girls, by providing them a quality education is an effective tool to address poverty, fight disease, and grow economies.
Reaching the most marginalized girls will, however, be the biggest challenge.

The high-level international gathering of the Conference had bring together over 200 global experts to unlock quality education opportunities for girls and boys worldwide.

Primary to secondary transition rates, retention rates, quality education and education of adolescent girls were identified as dynamics that must be tackled if the world is to reach the Education for All and the Millennium Development Goals.

“Dakar can boost efforts to close the gender gap by promoting girls’ education and can also lead to implementing strategies for reaching other marginalized and excluded children, like those affected by emergencies, displaced children, children with disabilities and those ostracized by disease, ethnicity or distance.”

In the Internatonal Children's Day 2010

Education and Equality at "International Children's Day" by G-Souto is licensed under a Creative Commons Attribution-NonCommercial-ShareAlike 3.0 Unported License.