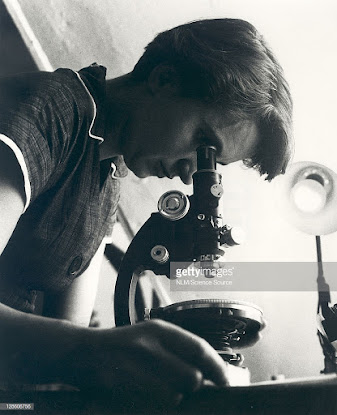 "My jaw fell open and my pulse began to race.”

Rosalind Franklin is the X-ray crystallographer. Her work producing X-ray images of DNA (Deoxyribonucleic acid) was crucial in the discovery of the structure of DNA by James Watson and Francis Crick.

Franklin also made critical contributions to our understanding of the molecular structures of DNA, viruses, coal and graphite.

Today Google doodle celebrates the life and work of British biophysicist and X-ray cristallographe Rosalind Franklin, whose research led to the discovery of the structure of DNA.

The Doodle marks what would have been Franklin's 93rd birthday, and the photograph that should have earned her a far more famous place in the History books.

The second "o" in the doodle contains her image, while the "l" has been replaced with the DNA double helix. 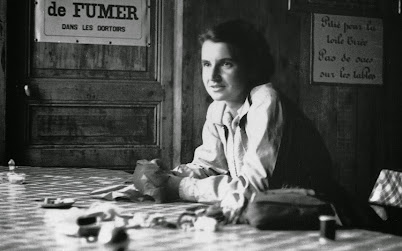 The scientist has perhaps become best known as "the woman who was not awarded the Nobel prize for the co-discovery of the structure of DNA".

Many voices have argued that the Nobel Prize should also have been awarded to Rosalind Franklin, since her experimental data provided a very important piece of evidence leading to the solving of the DNA structure.

However Watson, Crick and their fellow laureate, Maurice Wilkins, were only nominated for the first time in 1960, two years after Franklin had already passed away.

During her DNA research, Franklin worked at King's College London under Maurice Wilkins.

The story goes that he took some of her x-ray crystallography images without her knowledge and showed them to his friends, Francis Crick and James Watson, who were also trying to discover the structure of DNA. 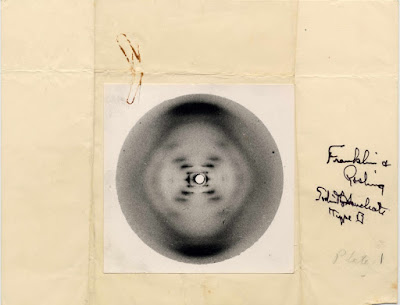 Franklin excelled at Science and attended one of the few girls' schools in London that taught Physics and Chemistry.

When she was 15, she decided to become a scientist. Her father was decidedly against higher education for women and wanted Rosalind to be a social worker. 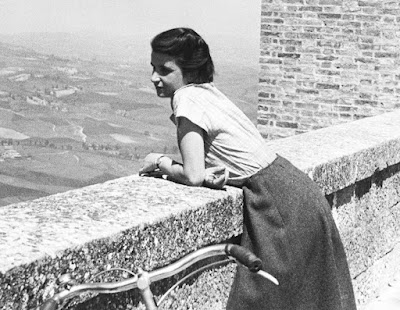 Ultimately he relented, and in 1938 she enrolled at Newnham College, Cambridge, graduating in 1941. She held a graduate fellowship for a year, but quit in 1942 to work at the British Coal Utilization Research Association, where she made fundamental studies of carbon and graphite microstructures. This work was the basis of her doctorate in physical chemistry, which she earned from Cambridge University in 1945.

Wilkins, Crick and Watson were awarded the Nobel Prize in Chemistry in 1962. Crick later acknowledged that Franklin's images were "the data we actually used" to formulate their 1953 hypothesis regarding the structure of DNA.

The most significant of those images is known as Photo 51, which is also the inspiration for an exhibition currently at Somerset House in London.

In 1972 she refused to accept the Annie J. Cannon Award of the American Astronomical Society because it was awarded to women only:

"It is high time that discrimination in favor of, as well as against, women in professional life be removed".

Happily, 12 years later the Royal Society awarded her its highest honor, regardless of gender, the Henry Norris Russell Lectureship. At 91 she is professor emeritus at UCSD.

I am a big fan of Google doodles! You know it! It is not the first time I write about Doodles. I believe that Doodles can be interesting digital resources for educators.


Doodles are the fun, surprising, and spontaneous motivation that we can include into our lessons to teach about famous writers, poets, scientists, pioneers.

Why not include a Doodle into school lesson? It's something captivating and will incite the curiosity of your students to a subject, when you are teaching important skills in serious curriculum.

Passion is what will make our students enter in the classroom waiting for something special in the middle of a lesson everyday. 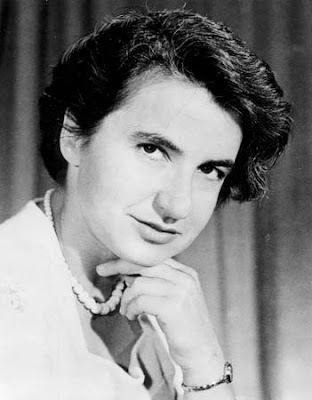 
This Doodle is a wonderful digital resource to promote Science and Physics studies to girls in school and university. Rosalind Franklin is another good example to share with young girls who are your students. 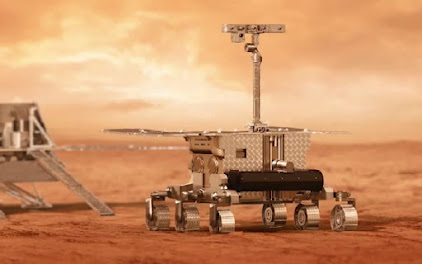 Mars rover launched in 2019 has been named after pioneering scientist Rosalind Franklin, hero of DNA research.
The honour followed a public call for suggestions that drew nearly 36,000 responses by citizens from all ESA Member States rope following a competition launched by the UK Space Agency in July 2019.
The six-wheeled vehicle is equipped with instruments and a drill to search for evidence of past or present life on the Red Planet.
The attachment to the European Space Agency (ESA) rover saw her name travel beyond Earth.
Visit ESA ExoMars Rover : from concept to reality and invite your students to watch the video
"She could never have imagined that over 60 years after her dead there would be a rover sent to Mars bearing her name, but somehow that makes this project even more special."
Jenifer Glynn, Franklin's sister