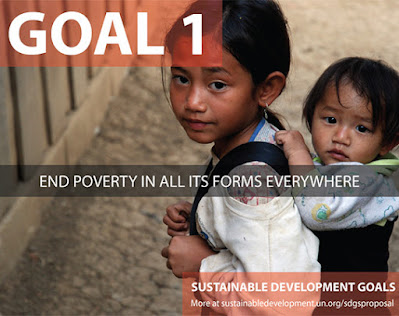 "Poverty is not simply measured by inadequate income. It is manifested in restricted access to health, education and other essential services and, too often, by the denial or abuse of other fundamental human rights [...] Let us listen to and heed the voices of people living in poverty. Let us commit to respect and defend the human rights of all people and end the humiliation and social exclusion that people living in poverty face every day by promoting their involvement in global efforts to end extreme poverty once and for all."
UN Secretary-General, Ban Ki-moon 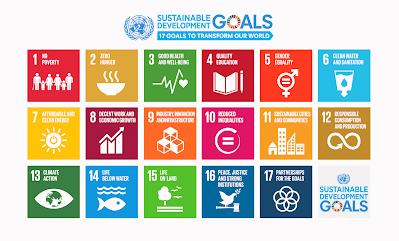 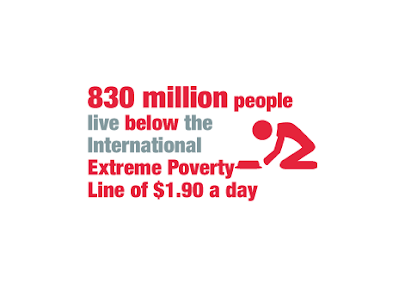 https://www.facebook.com/International-Day-for-the-Eradication-of-Poverty
Theme 2016: "Moving from humiliation and exclusion to participation: Ending poverty in all its forms."
The theme this year – selected in consultation with activists, civil society and non-governmental organizations – highlights how important it is to recognize and address the humiliation and exclusion endured by many people living in poverty. 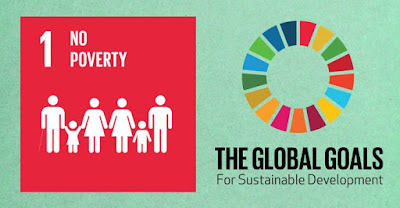 Goal 1 No Poverty
https://en.unesco.org/
The United Nations Sustainable Development Goal to “end poverty in all its forms everywhere” explicitly recognizes that poverty results not from the lack of just one thing but from many different interrelated factors that affect the lives of people living in poverty.

This means we must go beyond seeing poverty merely as the lack of income or what is necessary for material well-being — such as food, housing, land, and other assets – in order to fully understand poverty in its multiple dimensions.


Present at the heart of this World Day for Overcoming Poverty are all the people who are facing the violence of extreme poverty. Marked by deprivation and contempt, many flee from place to place driven by armed conflict, drought, floods, and hunger. What support do they find?
"Ending poverty in all its forms everywhere by 2030 is an ambitious but achievable goal - the key to success rests on political determination, driven by solid knowledge about the causes, mechanisms and consequences of poverty. The possibility of achieving fast and sustained poverty eradication depends on our ability to work collaboratively.

As measured by the 2016 Multi-Dimensional Poverty Index, 1.6 billion persons are identified today as poor.
That staggering figure reveals levels of human deprivation far beyond what arbitrary income lines can capture. Poverty is about money, but never just about money, as underlined by UNESCO’s 2016 World Social Science Report. Better understanding of the relationships between income and other dimensions of poverty can help to empower people living in poverty as agents of change." (...) 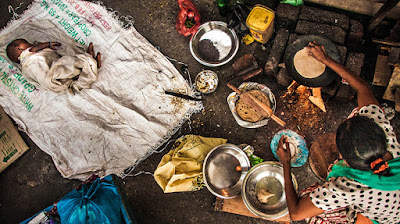 International Day for the Eradication of Poverty
https://panorama.am/news

"Breaking the vicious circle of poverty by 2030 is part of a larger cultural transformation based on solidarity, collaboration and peace to which UNESCO is deeply committed. Through powerful tools for social transformation -- education, culture, science, communication and information -- UNESCO contributes to embedding social justice within societies. Justice is a right, and justice and good governance are foundations for more lasting and sustainable peace.
Ending poverty is not just helping the poor – it is giving every woman and man the chance to live with dignity. By eradicating poverty, all humanity will be transformed."

UNESCO’s message for Intl Day for Erradication of Poverty 2016

Millions of children around the world miss out on their childhood as a result of poverty. Poverty deprives them of the capabilities needed to survive, develop and thrive. It prevents them from enjoying equal opportunities. It makes children more vulnerable to exploitation, abuse, violence, discrimination and stigmatization says Unicef.

Around the world, millions of children are denied fundamental rights and are deprived of what they need to grow up healthy and strong – because of their place of birth; because of their race, ethnicity or gender; or because they have a disability or live in poverty. 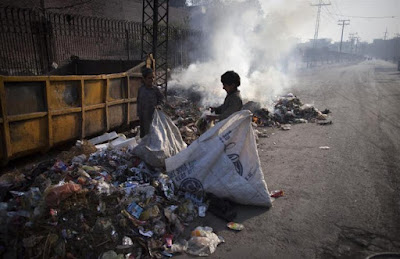 The statistical evidence on children living in poverty confronts us with a stark reality: millions of children are poor; they lack access to safe drinking water, essential vaccines, education and nutrition; they are at risk of being exploited and abused.

Every year, we write and display photos about poverty in underdeveloped countries. But some years ago, a new reality appeared. There is poverty among children in 'developed' countries'.

Reading this report on this day, as an educator, I must write about the new poverty among our students in our schools, in our countries.

What’s it like to live in poverty in a wealthy or 'developed' country?

Students want to raise awareness of child poverty in their countries and among their colleagues and friends. Many children in the Europe, United Sates, Latin America live in poverty, but what does it actually mean day to day?


To help to #EndPoverty, we all have a role to play. Let’s show support.

"Poverty is the worst form of violence."

Education : Let's support Goal 1 #EndPoverty by G-Souto is licensed under a Creative Commons Attribution-NonCommercial-NoDerivatives 4.0 International License.
Posted by G-Souto at 6:00 AM