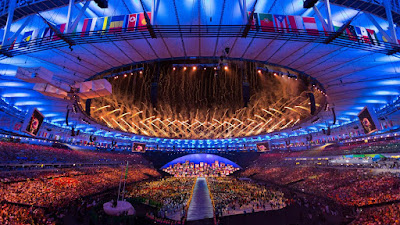 
"Respect and love are the core values we teach in school.  We must increase the children’s range of skills”, said Luiz Dias Junior, a teacher of CIEP (Integrated Centre for Public Education in Portuguese) Oswald de Andrade in Parque Anchieta neighbourhood, in Rio’s North Zone.
Rio 2016 officially opened on Friday 5 August with the traditional Olympic Games opening ceremony seen by three billion people around the world. More than 35,000 professionals will be involved on the night with the show featuring 12 samba schools and over 5,500 costumes. 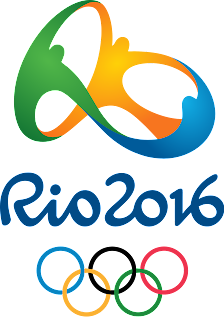 The event features 42 sport disciplines and 306 events. While athletics, gymnastics, and swimming have been around since the first Olympic games in 1896, other sports are making their first appearance this year.
Be on the lookout for golf, which will be featured after a 112-year long hiatus, as well as newer sports like taekwondo and rugby sevens.
Olympic Games 2016 will end the 21 August. Schools in Europe are closed enjoying summer breack. 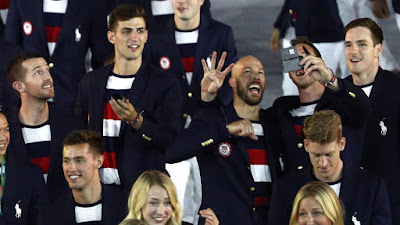 Teachers are alredy preparing their lessons and they will include the Olympic Games into the curriculum. Sport teachers for sure.

There is a Refugee Olympic Team warmed applauded at the opening night. At Rio2016, 10 refugee athletes from four countries will compete together as the Refugee Olympic Team. Among them are two swimmers, two judokas, a marathoner and five medium-distance runners. 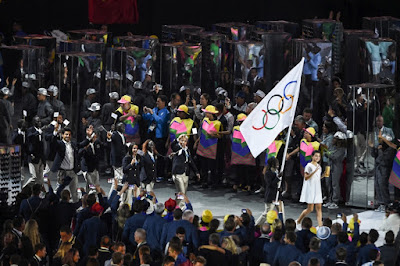 Ten young men and women who fled their countries in search of protection. Ten talented athletes who never gave up.
This August the first-ever Refugee Olympic Team will compete at the 2016 Olympic Games in Rio de Janeiro.
Their athletic prowess and resilience is a tribute to the courage and perseverance of all refugees, at a time  when the number of people displaced by violence and persecution is at the highest level since the Second World War. 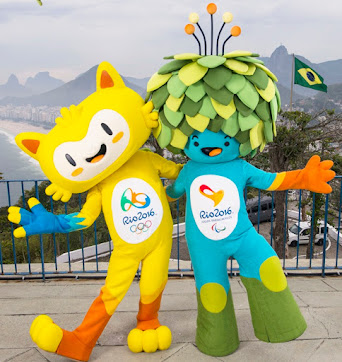 Every four years, the Olympic Games create worldwide excitement as athletes from across the globe compete for a prestigious place on the podium. With stories of hard-work, determination, sacrifice, Olympians are great role models for students of any age to show that practice, practice, practice is the way to achieve their goals.

From sports to geography, I picked some of the best Olympic-themed teaching resources to help you encourage both individual achievement and teamwork, while inspiring your students to strive for gold in the classroom. Wow! It will be amazing.

I am sure that a lot of students will want to talk about it. Brazilian students are the luckiest because some of them were at the Olympic stadium with their parents watching live or participating as volunteers. 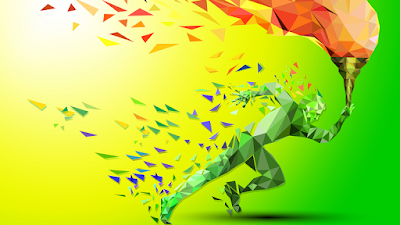 But there will be a big number all over the world that are watching live on television or on the Internet day by day following their favourite athletes and sports. And the most curious will know a lot about OG sharing ideas in the classroom.

Teachers have been watching the Olympic Games too, and they are wondering how they might include the OG into the curriculum.


As I wrote, I will share with educators some subjects that might interest you for the next school season. And Rio2016 is a very good subject. You will find on this post some interesting resources. 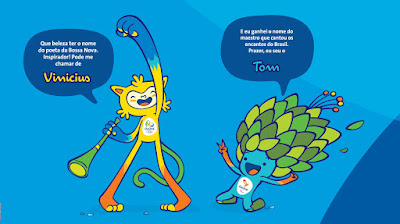 Here are couple of ideas and resources to evaluate and include into your school curriculum about Rio 2016.

Let's talk about some curriculum:


How do you create the perfect flame? - An interesting question to start a Science course!

Wow! This is﻿ great! You can't miss this resource to explore the technology behind the OG flame! I am sure that your students will love it.


Google has recently updated the 3D imagery for some of the key Olympic venues. Sometime in June Google had significantly increased the 3D coverage for Rio de Janeiro.

Google is publishing a Doodle every day since the Opening ceremony the 36 sports of the 11 436 athlets present at the Olympic Games Rio2016. Google Olympic Games Doodles will be  there to explore in school curriculum.

Since day 1, Google journey to an otherwise unassuming fruit stand in Rio, where produce from all over the market competes for the title of freshest fruit.

To play along, students can download the Google Fruit Game app on Android or iOS, and tap the Doodle.  Invite students to learn more here and let the games begin!

"The Games are off to a rollicking start! Strawberry takes an early lead but Watermelon’s on a roll. Over to Coconut and what a jump! What a dunk! Passed by Lemon, going...going….ooh, frozen fruit. To Pineapple where a sweet return earns a prickly reception. Things are getting juicy! Now Orange swings and Blueberry soars. Grape rides and Apple spikes. It’s a cornucopia of conquests! But wait, here comes Strawberry with Watermelon spitting at its heels. This game will end with a Strawberry on top."

Teachers could use Doodles or Google Fruit Game (very healthy)  to start a lesson in Sports curriculum inviting the students to explore the page and find all the stories about the games. It might be a simple but good motivation for cross-curricula projects.

“Through sport, children learn about health, discipline and respect for their limits. Cognition works better… They learn how to lead better lives."

Introduce your students the historic sporting event with this presentation, which delves into Ancient Greek traditions and how the Games were reinvented as the modern Olympics.

During the Games, you have the Official Rio 2016 website for a research and to get inspiration by news or stories to motivate your students in your lessons.

Engage reluctant students with a competitive resource where they race against each other to complete questions on a variety of topics, with marks given for quality of work.

Uncover your class’ competitive spirit with team challenges where students score points and earn medals in numeracy-based events, such as a times tables obstacle race. 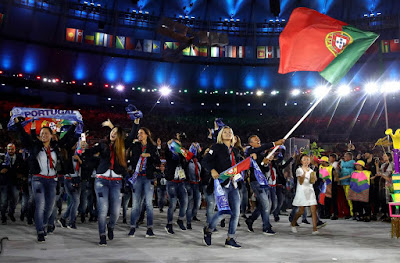 Portugal competed in the Games for the first time in Stockholm 1912 and has been present in every edition since. Over 23 editions, the country has won an identical number of medals, of which four are gold (all in athletics), eight silver and 11 bronze. 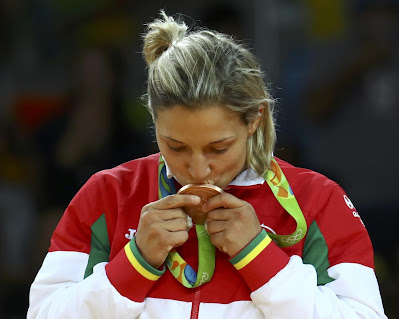 There are 98 athletes, 20 sports and 65 events. Telma Monteiro won some days ago her Bronze Medal Judo Women 57.

Other Resources:
Olympics for Kids : the history and symbols of the Olympics


Olympic Games Rio 2016 : an opportunity to deliver the broader aspirations for the long-term future of the cities in Brazil.

Do you want the latest on the Rio 2016 Games? If so, download the official app of the Rio 2016 Olympic and Paralympic Games!

Finally, the great Brazilian hero Ayrton Senna. Senna is more than a Formula 1 racer. For Brazilians, he is a hero, an icon of overcoming hardship, stubbornness and good character.

Sadly, he died young, in a race in 1994. But his legacy lives on. Part of this is thanks to the Senna family who opened an NGO called Instituto Ayrton Senna. The mission? To help in the education of Brazilian poor children and keep the image of Ayrton Senna alive.

For the 2016 Olympic Games in Rio de Janeiro, the Instituto Ayrton Senna, together with JWT and us (Le Cube), have prepared a beautiful message from Senna to all the Brazilian olympic athletes, pointing out the importance of winning at home. Ayrton Senna lost eight times before winning the Brazilian GP, and when he did, it was with a lot of effort. Still he faced it unflinchingly.

Brazilian Olympic athletes carry Senna's message on their wrists. On the Pulse of Brazil campaign "will give athletes an extra boost to fight for medals in what is sure to be the most important competition in their careers”,

The video below is the motivation theme for Brazilian team at Olympic Games in Rio 2016.

Have you created a good resource for Rio 2016? Publish here by sending me the link for the chance to be featured!