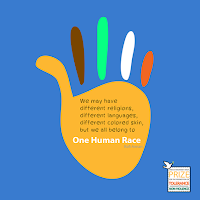 "On the International Day of Tolerance, let us recognize the mounting threat posed by those who strive to divide, and let us pledge to forge a path defined by dialogue, social cohesion and mutual understanding."
Secretary-General Ban Ki-moon

In 1996, the UN General Assembly invited UN Member States to observe the International Day for Tolerance on 16 November, with activities directed towards both educational establishments and the wider public.

This action followed on the United Nations Year for Tolerance, 1995, proclaimed by the UN General Assembly in 1993 at the initiative of UNESCO, as outlined in the Declaration of Principles on Tolerance and Follow-up Plan of Action for the Year.

"Tolerance is a new idea, one which we need now more than ever."
It leads us to respect cultural diversity, ways of life and expressions of our own humanity. It is a necessary condition for peace and progress for all people in a diversified and ever-more connected world." 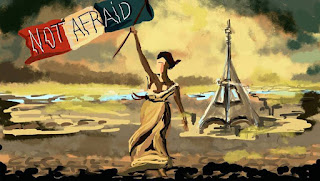 Tolerance Day today. More important than ever to remember fear must not divide us, we must all stand together for tolerance and peace.

“In a globalizing world, it is no longer enough to live side by side, in passive indifference – tolerance requires active vigilance, renewed each day, against xenophobia, discrimination and hatred.”

The International Day for Tolerance is a time for young people to learn about respecting and recognizing the rights and beliefs of others. It is also a time of reflection and debate on the negative effects of intolerance. 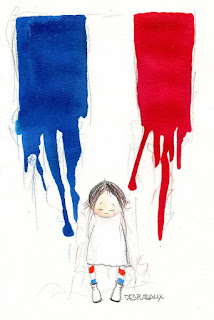 Live discussions and debates take place in schools across the world on this day, particularly following the attacks in Paris last Friday, November 13, 2015.

It must be focuse on how various forms of injustice, oppression, extremism and unfair radicalism have a negative impact on society.

Teachers use the dramatic events in Paris to hear the voices of their students, concerning their feelings about those hideous images on social networks, on television, internet by linking to Tolerance Day.

Teachers would discuss, as they do already, when they are concerned about children who are at risk of perhaps being drawn into a gang. They will also be looking for examples perhaps where young people are being groomed on the internet, which is what we see happening with terrorists.

The radicalisation or young people being at risk of being drawn into non-violent extremism is a very real threat in different countries. Parents are also going to be caught by it as well. 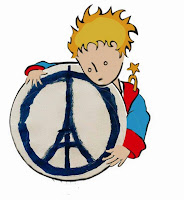 Information on the day can be disseminated through flyers, posters, news articles, cartoonscreated by the students to raise people’s awareness about the importance of tolerance.

Use the cartoons from different cartoonists (different countries) to extend the comprehension for tolerance.

Other activities include Music, Arts, dialogues, and story-telling of people’s personal accounts of intolerance and how it affects their lives.

"Tolerance is not passive or silent acceptance of differences; it is inseparable from respect for fundamental human rights. It is constant commitment to facilitating exchanges and dialogue, despite difficulties and a lack of understanding which can lead to inward-looking attitudes. It is a call to question prejudice and commonly-held beliefs." 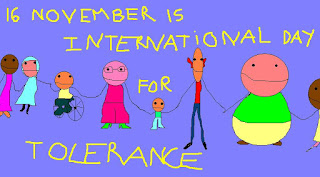 Schools are places of free speech.  And it’s just as clear that intimidation and violence must be condemned and combated for whatever reason they’re committed, especially if their goal is to undermine freedoms and liberty of open societies.

How to talk about at school? I still remember Charlie Hebdo and September 11/2001. We must not to impose our words of adults.

How to find the right words when overcome with sorrow our own emotion, and every word that comes to our mind can frighten small kids and young adolescents: attacks, terrorists dead, mourning, run, shooting?

So the best way is to start from hear the students! May later asking "What you heard?" or "Did you watch on the tv what was going in Paris?" or "What have you understood?

Linking to International Day for Tolerance teach about respect for others' unique qualities in the lessons that must combine music, arts.

In these lessons, students search for the most positive aspects of some very unusual "people." The activity reinforces the idea that one can't always judge the quality of a person by his or her appearance; sometimes people can be appreciated for their differences.

"It is an invitation for us to strengthen moral and intellectual solidarity between peoples through educational cooperation, dialogue among cultures, knowledge-sharing and free distribution of information. Tolerance is a means of constructing peace; it accelerates innovation and creation, opening our minds to other ways to view the world. "

Schools : Talking about International Day for Tolerance by G-Souto is licensed under a Creative Commons Attribution-NonCommercial-NoDerivatives 4.0 International License.