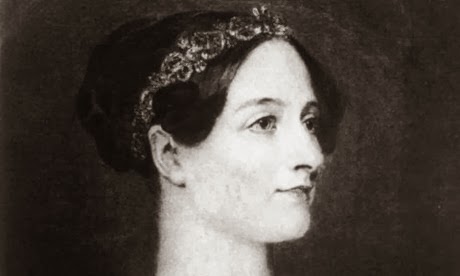 But I think it is very important to write about this pioneering scientist woman in STEM subjects.

"Whatever Ada’s role in the history of programming, she grasped the importance of Babbage’s inventions and understood that math was only part of it: she theorized, for instance, that the Analytical Engine might be used to write music. That was a pretty profound thing to realize in the 1840s, many decades before anyone successfully built a computer, let alone one that could compose a tune."

The annual Ada Lovelace day, which this year falls on 15 October, aims to raise the profile of women working in STEM subjects across the globe.

Ada Lovelace Day celebrates  the achievements of women in science, technology, engineering and maths around the world
Three years ago, the world celebrated the pioneering scientist by introducing Ada Lovelace Day.

The 24th of March last year was the first Ada Lovelace Day, when more than 1,200 people wrote about the women they admire who work with technology.
The day has become renowned for sharing inspirational stories about women in science that inspire people.

The annual celebration of inspiring women in science and technology is in its fourth year, and bigger than ever.

This year, the day was intertwined with a Wikipedia event to help spread the word about pioneering female scientists, from the 19th century right up until the present day. 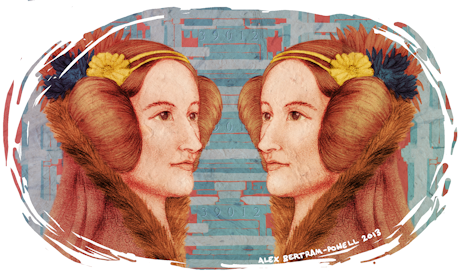 http://static.guim.co.uk/
Researchers, students and members of the public are gathering just across the street from the University of Oxford's science buildings to change scientific history. Rather than test tubes or computer models, however, they are armed with stacks of reference material, ready to square up to the online Goliath that is Wikipedia.

"The Royal Society’s Wikipedia edit-a-than, where volunteers (most of them women) will edit entries of important women scientists in history, who have either been overlooked or shrunk to a few thin lines, was set up to help promote women in science."

The event is open to anyone who wishes to help preserve women's science history. Female editors are particularly encouraged to attend. 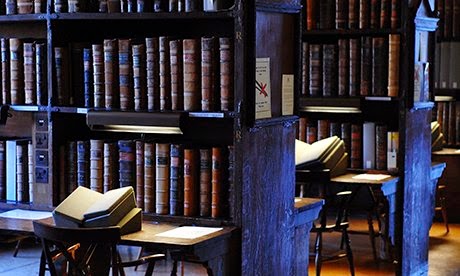 Photograph: Greg Smolonski/Photovibe
http://static.guim.co.uk/
Daria Cybulska, events organiser at Wikimedia UK, said at the time: "If a female scientist does not have an article on Wikipedia often it’s difficult to learn about her – hence she cannot serve as a role model for others.
"So, the idea is to spread the stories about them, and at the same time inspire more women to get involved, not only with Wikipedia, but in maths, science, technology and engineering."
She added: "I was aware that a lot is being done within the movement to increase female participation, but during the course of working on the event I have realised quite how much enthusiasm and collaboration there is to get women editing. Linking up with the Finding Ada movement has been very inspiring too, and we are now connected to many more women that want to support Wikipedia.
The main effort of the event is to run the editing session focused on creating articles about women in science, particularly Royal Society Fellows.

Finding Ada: what is that?
The Finding Ada website is encouraging women to add their views, stories and thoughts of other women in science – whether engineers, scientists, technologists or mathematicians — who have inspired you to become who you are today.
"The aim is to create new role models for girls and women in these male-dominated fields by raising the profile of other women in science, technology, engineering and maths," the site says.

Ada Lovelace is widely held to have been the first computer programmer, and Ada Lovelace Day aims to raise the profile of women in science, technology, engineering and maths (STEM) by encouraging people around the world to talk about the women whose work they admire

The discussion of new discoveries and a better understanding of the role of the girls and young women (Higher Education) dimension in many different STEM areas of study, and how these findings can lead to new ideas and new markets for girls and women in science knowledge are some of the aims of Ada Lovelace Day.

This begins early in school where girls must be encouraged to access to science and technology.

"That brain of mine is something more than merely mortal; as time will show."

Finding Ada
http://findingada.com/
Why Ada Lovelace should be on an English Banknote https://medium.com/gender-justice-feminism/5cd15b4156b0