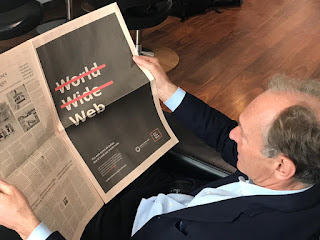 “It is a great honour and a source of pride for CERN to host an event to mark the 30th anniversary of Tim Berners-Lee’s proposal for what would become the World Wide Web, and I am delighted that Sir Tim will be with us on the day,”

Sir Tim Berners-Lee is one of the UK’s most famous and lauded computer scientists, credited for the invention of the World Wide Web. It was Berners-Lee’s system which allows us to view the web today.

Google celebrates the 30th anniversary of the World Wide Web with a interactif Doodle. It's its own way to celebrate the great inventor Tim Berners-Lee.

A Proposal submitted on this day, 12 March 1989, when the inventor of the World Wide Web was a 33-year-old software engineer. Initially, Berners-Lee envisioned "a large hypertext database with typed links,"named  “Mesh,” to help his colleagues at CERN (a large European Nuclear Physics Laboratory in Switzerland) share information amongst multiple computers. 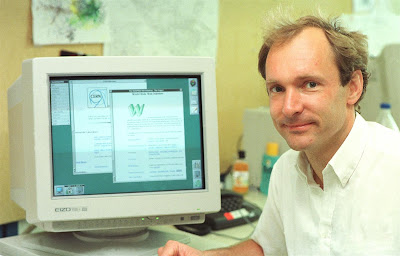 Thirty years ago, a young computer expert working at CERN combined ideas about accessing information with a desire for broad connectivity and openness.
His proposal became the World Wide Web. CERN is celebrating the 30th anniversary of this revolutionary invention with a special day.
In March 1989, while working at CERN, Sir Tim Berners-Lee wrote his first proposal for an internet-based hypertext system to link and access information across different computers. 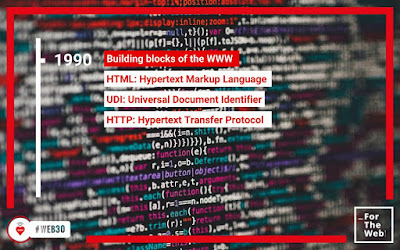 In 1990, I coded up the foundational technologies for the World Wide Web.
@timberners_lee

credits: CERN
http://info.cern.ch/
In November 1990, this “web of information nodes in which the user can browse at will” was formalised as a proposal, “WorldWideWeb: Proposal for a HyperText Project”, by Berners-Lee, together with a CERN colleague, Robert Cailliau.
By Christmas that year, Berners-Lee had implemented key components, namely HTML, HTTP and URL, and created the first Web server, browser and editor WorldWideWeb.
On 30 April 1993, CERN released the latest version of the WWW software into the public domain and made it freely available for anyone to use and improve.
The World Wide Web has been central to the development of the Information Age and is the primary tool billions of people use to interact on the Internet.

What is the WWW? A brief history:

The Web would soon revolutionize life as we know it, ushering in the information age. Today, there are nearly 2 billion websites online.

Whether you use it for email, homework, gaming, or checking out videos of cute puppies, chances are you can’t imagine life without the Web."

An Opte Project visualization of routing paths
through a portion of the Internet
https://en.wikipedia.org/

Not to be confused with the internet, which had been evolving since the 1960s, the World Wide Web is an online application built upon innovations like HTML language, URL “addresses,” and hypertext transfer protocol, or HTTP. 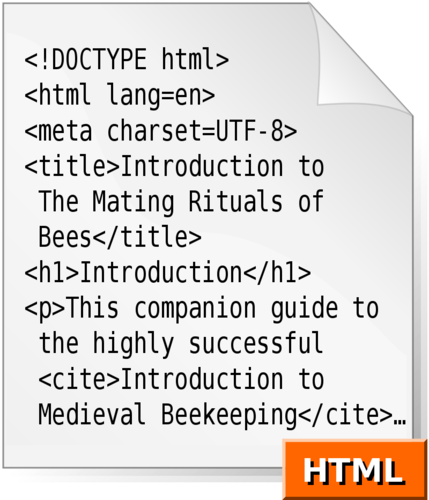 The Web has also become a decentralized community, founded on principles of universality, consensus, and bottom-up design.

"The web has become a public square, a library, a doctor’s office, a shop, a school, a design studio, an office, a cinema, a bank, and so much more. Of course with every new feature, every new website, the divide between those who are online and those who are not increases, making it all the more imperative to make the web available for everyone." 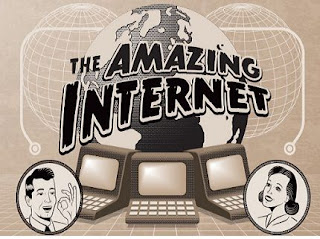 “The Web has been an incredible and powerful tool to reach out to the whole world, to break down barriers, to bring education and information to all and thus to reduce inequalities,”

Wow! This is all about coding! I write often about coding in different posts along the years: Code Week EU (since 2013) ; Celebrating 50 years of Kids coding... coding! Are you ready to code with Dr Who? ; The Google coding tool Oppia; Py, the app to code ; Coding at school: Piecefall, a game by students nd other.

"Computer programming is being heralded as the new literacy, yet it is still widely perceived as a skill that can only mastered with a computer science degree.

With the wider availability of internet connectivity and freely available, easy to use technologies, this is no longer the case." 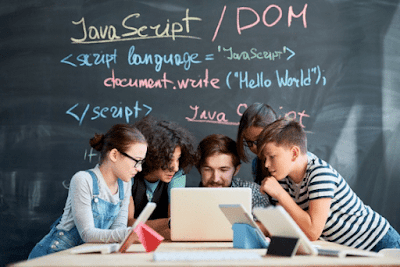 credits: unknown
via We are Teachers


Coding - known as computer science - is a huge part of the present education. Computer science education and its constituent fields like back-end development and front-end web design should be available in all schools. We the teachers agree.

Not a computer scientist or new to coding? That's Ok! Learn how to introduce coding with your students using Minecraft: Education Edition in just a few minutes.

Invite your students to have fun building things about code. Are they ready to share their passion? Young students are so creative. Let's them explre all the funny coding games with their imagination.

And remember! On the World Wide Web’s 30th birthday, the founder and web inventor Sir Tim Berners-Lee reflects on how the web has changed our world and what we must do to build a better web that serves all of humanity."

“There are very few innovations that have truly changed everything,”(...)“The Web is the most impactful innovation of our time.”