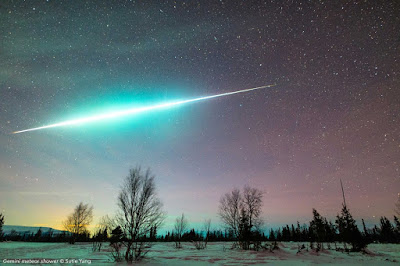 The biggest meteor shower of the year is set to put on a shooting-star show tonight when the Geminid streak across the sky - at least in places that won’t be overcast.

The so-called “rock comet” came within 6.4 million miles of earth this past December, although last year’s supermoon made it harder to appreciate the celestial light show. That won’t be a factor this year. 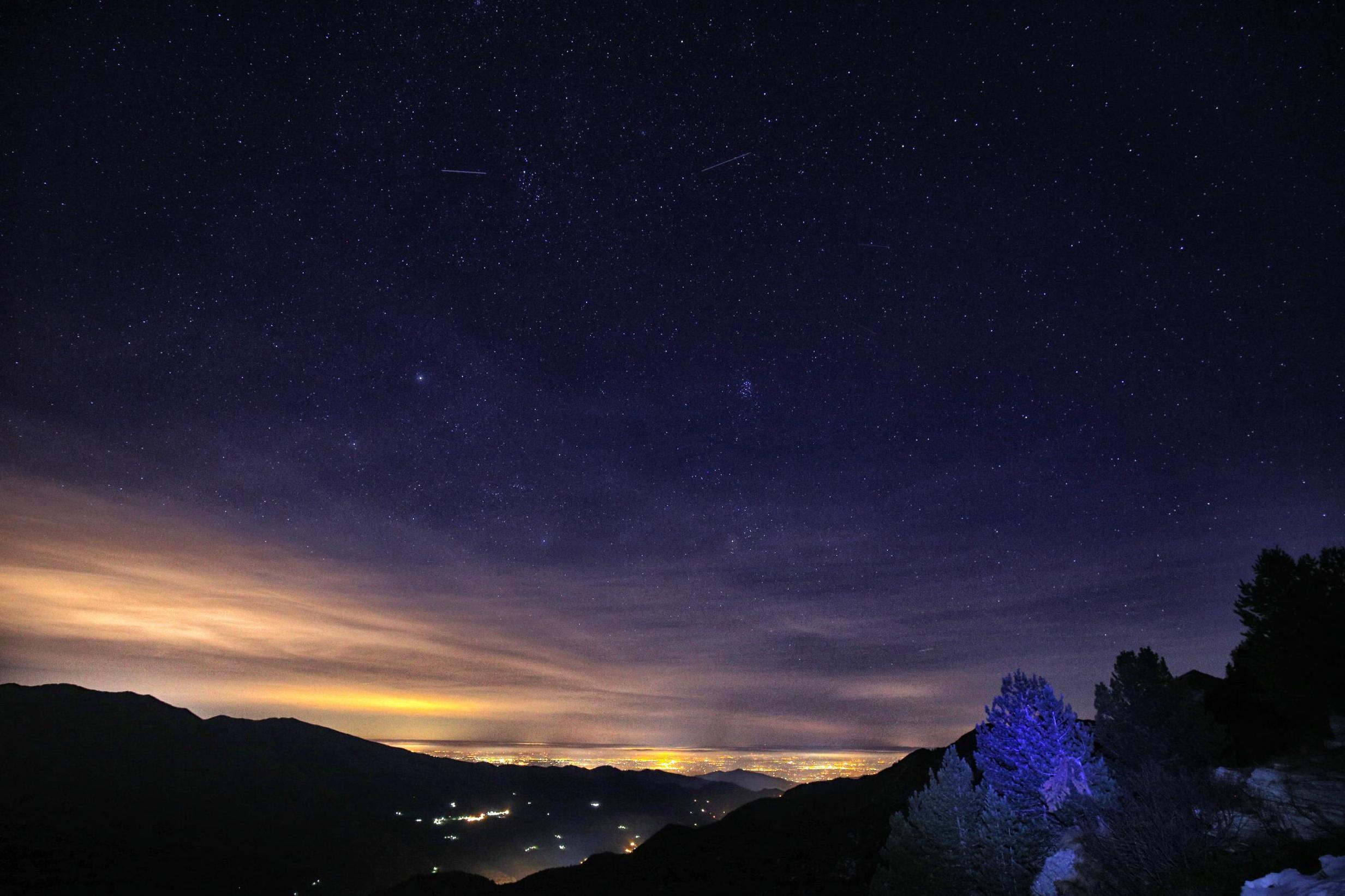 https://www.independent.co.uk/
The Geminids will be the last of 2018’s major showers and will enter the Earth’s atmosphere at speeds of up to 70 kilometres per second.
The falling stars are considered different from other meteor showers in being multi-coloured, with white and yellow and a few green, red and blue lights.
The Royal Observatory Greenwich (ROG) says the colours "are partly caused by the presence of traces of metals like sodium and calcium, the same effect that is used to make fireworks colourful”.
People wishing to observe the meteor shower should try to get away from areas with light pollution. 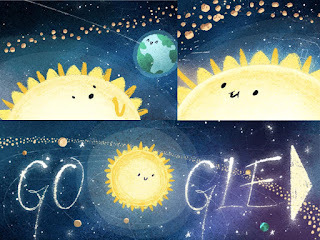 Google celebrates the Geminid meteor shower with a Doodle! And it's adorable!

The slideshow Doodle follows the Geminids’ path through Earth’s atmosphere as it lights up the sky. As Phaethon’s orbit leads it near the sun, the extreme heat causes it to fracture and leaves a trail of debris in its orbital path.

Every December, Earth’s orbit leads us through the trail of 3200 Phaethon and its debris crashes into our atmosphere at 79,000 miles (127,000 km) per hour. Once through the Earth’s atmosphere, the Geminids’ radiant (or where it appears to originate) is the constellation Gemini—from which the meteor shower gets its name.

The Geminids appear every year in mid-December when Earth passed through a stream of debris from "rock comet" 3200 Phaethon. Typically more than 100 meteors per hour stream out of the radiant in the constellation Gemini. when the shower peaks on Dec. 13th and 14th.

Named after the ancient Greek god Apollo’s son, 3200 Phaethon is an asteroid whose orbit brings it closer to our sun than Mercury.

First discovered via satellite data 35 years ago, Phaethon is responsible for bringing the spectacular Geminid meteor showers to Earth’s atmosphere each December. With each passing year since the mid-1800s, the proliferation of yellowish streaks of light in the night-time sky have grown more intense.

The Geminids. It’s a good time to bundle up, go outside and watch one of Mother Nature’s best sky shows!

If the weather is clear, 2018 should be the best year ever to watch the Geminids - so named because they seem to originate from the constellation Gemini.

Some information for skywatchers:

No need for a telescope or binoculars: fragments from Phaethon’s debris trail should become visible after 9 pm on December 13, peaking after midnight with as many as 120 meteors per hour. T

The cosmic dust may have resulted from a crash with another flying object, but there’s little danger of any Geminids landing on earth as it normally disintegrates in the earth’s atmosphere. 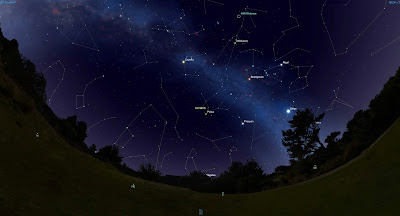 Graphic showing the locations of the Geminid radiant and Comet 46P/Wirtanen for 35 degrees north latitude at 10:30 p.m.
on the night of the Geminid peak (December 13)
https://blogs.nasa.gov/

What do Geminid watchers need to do this year?
It’s pretty simple, actually. The nearly First Quarter Moon sets around 10:30 p.m. local time, so wait until then to go out – the light from the Moon washes out the fainter meteors, which are more numerous.
Find the darkest place you can, and give your eyes about 30 minutes to adapt to the dark. Avoid looking at your cell phone, as it will mess up your night vision.
Lie flat on your back and look straight up, taking in as much sky as possible. You will soon start to see Geminid meteors. As the night progresses, the Geminid rate will increase, hitting a theoretical maximum of about 100 per hour around 2 a.m.

Wow! Here's again the spectacular Geminids meteor shower, this 13 December until dawn December 14! The awesome Geminid meteor shower will be back with its awesome show.

Most of us are excited about the Geminids shower. Schools, teachers, students and all Skywatchers lovers.

I'm not a Sciences teachers. I'm Humanities and Arts teacher. But, I love science and all the high technology near science.

The Geminids, along with the August Perseids, are the two most active annual meteor showers. They can always be relied upon to put on a good show, and that is especially true this year, because the moon will be only a few days old, setting early in the evening. 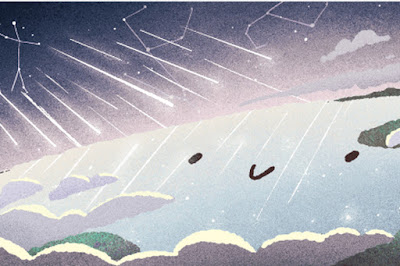 This year the European teachers and students are still at school for a few days, just ending school time before Holiday season.

Using the smartphones, students will need a cable release chord. Luckily they can actually use their iPhone headphones' cable volume button to activate the shutter. And they also need an app designed to take long exposure photos.

Sciences curriculum will be enhanced with this awesome event! The Geminids meteor shower.

Do you want a better science lesson ?

For optimal viewing conditions, get as far away from city lights as possible, and remember to dress warmly as you enjoy one of the greatest shows on/or above earth.

Schools : Here's again ! Ready to explore the Geminid meteorshower ? by G-Souto is licensed under a Creative Commons Attribution-NonCommercial-NoDerivatives 4.0 International License.