COP24, the two-week 24th conference of the parties of the United Nations Climate Change Convention (UNFCCC), started on Sunday in Katowice, Poland, with a special focus on carbon neutrality and gender equality.
On Monday, the grand opening ceremony took place the 3 December with about 40 heads of State and heads of Government in attendance, as well as UN Secretary-General, António Guterres. 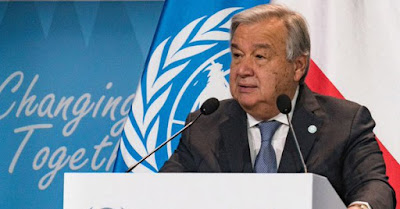 António Guterres, UN General-Secretary
@UN_News_Centre
"Our job here in Katowice is to finalize the Paris Agreement Work Programme - the rule book for implementation. I remind all Parties that this is a deadline you set for yourselves,"
António Guterres, UN General-Secretary
Thousands of world leaders, experts, activists, creative thinkers, and private sector and local community representatives will gather to work on a collective action plan to realize critical commitments made by all the countries of the world in Paris, three years ago (2015). 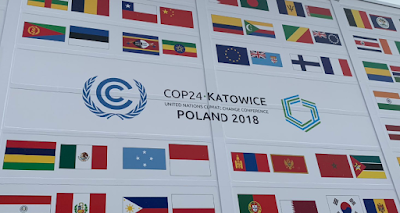 COP24 is looking at concrete ways to help countries tackle large-scale displacement caused by the impacts of climate change, including water scarcity, flooding, storms and rising. 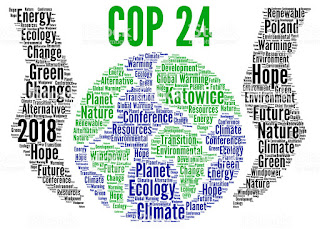 As global temperatures continue to rise, climate action is lagging and the window of opportunity is closing. On Sunday, the United Nations kicked off critical negotiations on how to address the problem collectively and urgently, during a two-week climate change conference in Katowice, Poland, known as COP24. 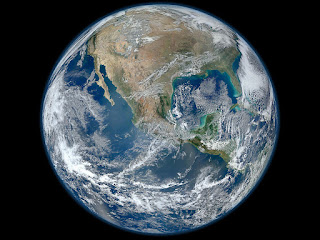 According to scientific research assessed by the IPCC, keeping global warming to no more than 1.5°C global average over pre-industrial levels, will help stave off devastating permanent damage to the planet and its people, including: 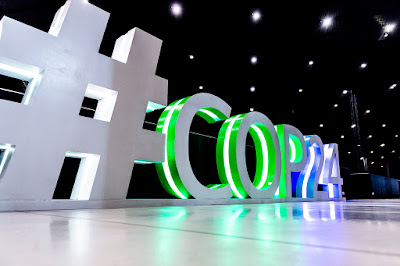 COP24 Climate Change
https://cleantechnica.com/2018/
UN News put together this guide to COP 24 to answer some of the biggest questions you may have and make sure you’re all caught up, with a ringside seat on the action.
To limit COP24’s footprint and achieve carbon neutrality locally, the conference organisers have taken a series of different measures. First, public transportation in the city is free of charge for the duration of the conference, for all participants.
In addition, reusable materials have been used to set up the conference rooms, including carpets and backdrops. Recycled cardboard furniture was installed in all the main meeting spaces.


Sir David Attenborough delivered a stern speech at the UN's climate change summit in Katowice, Poland, on Monday morning, warning of the impending threats global warming poses to the natural world.
"If we don't take action, the collapse of our civilisations and the extinction of much of the natural world is on the horizon,"
Sir David Attenborough 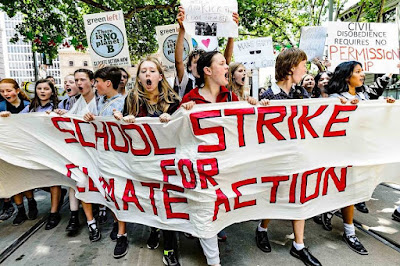 Education:
Last week thousands of students sacrificed a bit of their education to demand climate action.

Education is the most powerful way to continue developing green generations. Greta Thunberg, a Swedish 15-year-old with Asperger Syndrome, is a good example. She's on a school strike to get politicians to act on climate breakdown.


Well, I don't agree with the school strike. I think students could have their voice without striking school time.

Thus, this new generation, the ecology generation, is seriously committed on climate action. And they have a voice! They are engaged with COP24 Climate Change,

I know, the eyes of schools are on COP24 Climate Change. Teachers and students are working on climate change.

Sir David Attenborough launched a new UN campaign to give individuals their say on the key global issue, via social media.

The UN’s new ActNow.bot [this link opens in Facebook Messenger] is designed to fuel climate change understanding, and urges advocates to take personal action via the Facebook Messenger Platform.
The bot is a fully interactive and responsive chat bot which students can find on the UN Facebook page.
It suggests everyday actions determined by the user’s - and why not schools, teachers and students - interaction with the bot, that can be taken to preserve the environment and shared via the social platform to encourage collective action.


The campaign highlights the impact that collective action can have at this critical moment in our planet’s history.

Sir David told delegated on Monday 3 December in Poland that “if we don’t take action, the collapse of our civilizations and the extinction of much of the natural world, is on the horizon.”


So here you have some resources to include into school curriculum. How about the People's Seat?

A UN campaign called the People's Seat has been established to represent the world's population before a council tasked with putting the brakes on global warming.
Speaking for The People’s Seat initiative, Sir David Attenborough called it the result of new activism shaped by people from around the world and collected through social media.

People’s Seat initiative aims to engage people on taking action climate change in the lead-up to the Katowice Climate Change Conference. The initiative will combine digital technology, polling and the voices of prominent environmentalists to deliver an urgent message to delegates at the conference.

The UN is inviting people from all over the world to share their thoughts, opinions and experiences with climate change by using the hashtag #TakeYourSeat.

These messages will help to shape the People’s Address, which will be delivered by Attenborough to the conference on the day. 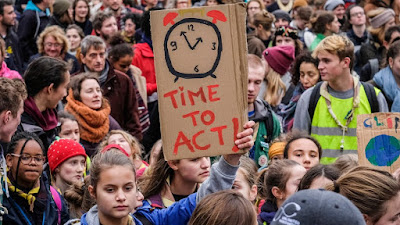 Time to Act? So, invite your students to takeTheirSeat and share some thoughts, opinions and experiences with climate change. Don't forget the hashtag #TakeYourSeat.

Their messages will be delivered by Sir Sir David Attenborough.


The world’s students and schools can take part in creating videos and voicing their opinions. Teachers and students must take part of this unique opportunity.

The Lazy Person's guide to saving the world:

It seems impossible that the average person can make an impact. Should you just give up? No! Change starts with you. Seriously. Every human on earth - even the most indifferent, laziest person among us - is part of the solution.

Fortunately, there are some easy things we can adopt into our routines that, if we all do it, will make a big difference.

Have a look at just a few of the many things you can do to make an impact!

Teachers, download the guide and invite your students to do some simple things and they will make an impact! 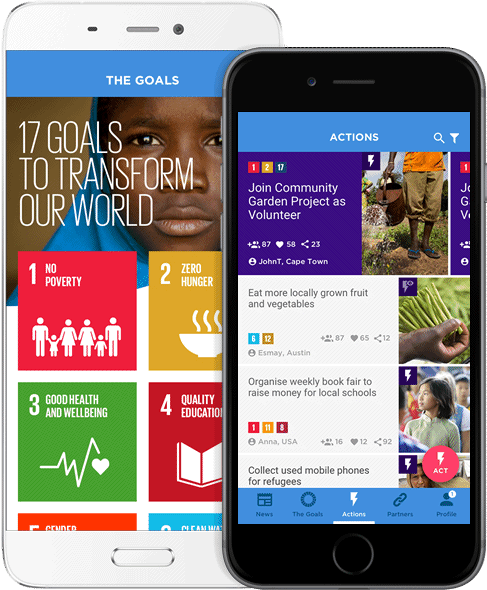 The SDGs in Action app has been developed to highlight the Sustainable Development Goals - the world’s to-do list to end poverty, reduce inequalities and tackle climate change.

"Learn about the 17 SDGs, get news on your favourite goals, find out what you can do to achieve them, create your own events and invite others to join you in sustainable actions and events." Read more