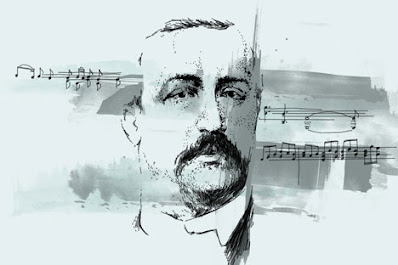 Alexander Porfiryevich Borodin
credits: Drawing by Natalia Mikhaylenko
https://www.rbth.com/arts/
"Know more as a musician than a scientist, Alexander Borodin was a friend and colleague to many famous scientists of the 19th century. Sometimes those just outside the limelight have their stories to tell."
Eva Amsen

Although composer Alexander Borodin (1833-1887) is best known for writing one of the best Russian operas, Prince Igor, he was also a renowned scientist and chemist.

In fact, many Russian composers were not only composers. Mussorgsky was a militarist. Rimsky-Korsakov was a sailor.

The son of a Georgian prince, Alexander Porfiryevich Borodin was a sickly child who went on to create a powerful legacy in two different fields. 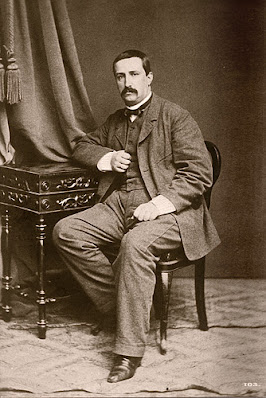 Born in St. Petersburg on this day in 1833, Borodin showed an early aptitude for science, languages, and music.

While mastering German, French, and English, he began studying flute at age eight and later learned the violin and violoncello.

By the age of 13 he’d already composed a piece for flute and piano, nevertheless, he considered music to be a hobby while his main focus was in the field of science.

Today, 12 November Google celebrates the 185th birthday with an interactive Doodle. Borodin, the boy who grew up to become both a distinguished chemist and one of Russia’s greatest classical composers.

He was a Russian Romantic composer who was a doctor and chemist by profession and made important early contributions to the field of organic chemistry.

Although he is better known today as a composer, during his lifetime, he regarded medicine and science as his primary occupations, only pursuing music and composition in his spare time or when he was ill. 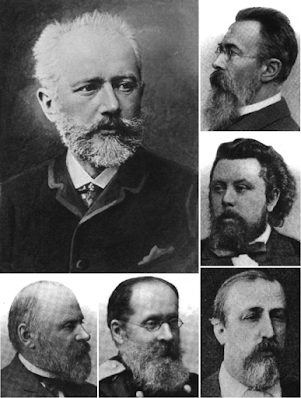 Alexander Borodin, a Russian chemist and composer, was born Nov. 12, 1833.  Most people, if they have heard of Borodin at all, know him as a composer of symphonic poems, such as The Steppes of Central  Asia, or as an opera composer and creator of the Polovtsian Dances from Prince Igor opera.

Musically, he was one of the prominent 19th-century composers known as The Mighty Handful, a group dedicated to producing a uniquely Russian kind of classical music, rather than imitating earlier Western European models.
The group of five Russian composers: César Cui, Aleksandr Borodin, Mily Balakirev, Modest Mussorgsky, and Nikolay Rimsky-Korsakov who in the 1860s banded together in an attempt to create a truly national school of Russian music, free of the stifling influence of Italian opera, German lieder, and other western European forms.

Borodin is best known for his two symphonies - his third was unfinished, interrupted by his early death; his two string quartets, the tone poem and his opera Prince Igor, also unfinished – it was completed by Rimsky-Korsakov and Alexander Glazunov.
Music from Prince Igor and his string quartets was later adapted for the US musical Kismet (1953). .
With three Tony Awards (including Best Musical), a television version and an MGM smash film, Kismet is one of the most renowned musicals to grace the Great White Way. Kismet has proven a winner with audiences time and again, thanks to its exotic setting, appealing characters and wry sense of humor... not to mention a lush score that is adapted from the soaring melodies of Alexander Borodin. 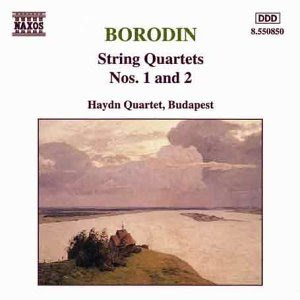 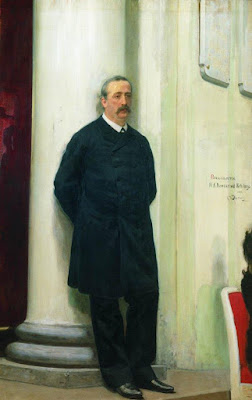 Portrait of composer and chemist Aleksander Porfirievich Borodin
by Ilya Repin
https://commons.wikimedia.org/
In fact, by profession, Borodin was a medically-trained organic chemist, and a very good one.  He taught at the Imperial Medical-Surgical Academy in St. Petersburg.
Modern organic chemists recognize him as the co-discoverer of the aldol reaction, which is used to build complex carbon compounds, and for his work in organic synthesis.  He was also instrumental is setting up the first medical school for women in St. Petersburg, where he himself taught for some years.

At 17, Borodin began his studies at St Petersburg’s Medico-Surgical Academy, delving into botany, zoology, anatomy, and crystallography. Soon specialized in organic chemistry, earning his doctorate in 1858. 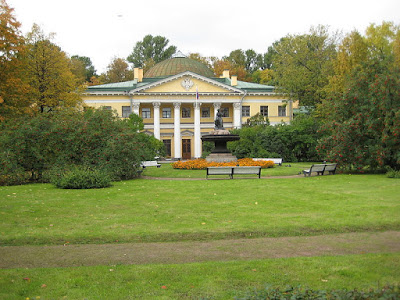 St. Petersburg. Imperial Academy of Medical and Surgical (Military Medical)
https://commons.wikimedia.org/
He went on to become a professor at his alma mater, conducting research on benzene derivatives and organic synthesis, and the discovery of the aldol reaction.

He’s also remembered as a champion of women’s rights, equal opportunity. He was of the opinion that there should be equality of education and was convinced that women would make good doctors.

Having founded the Women’s Medical School in St. Petersburg, where he taught for many years. The project of which Borodin was most proud.

On his burial casket there is a silver plate from his female students which reads: "To the Founder, Protector and Defender of the School of Medicine for Women." 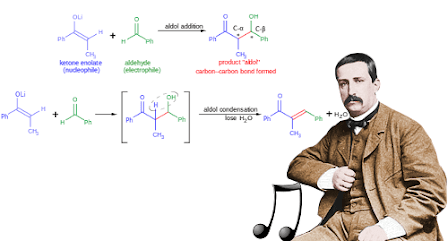 Still, the music kept calling him. As a chemist, he is best known for his work in organic synthesis, including being among the first chemists to demonstrate nucleophilic substitution, as well as being the co-discoverer of the aldol reaction. 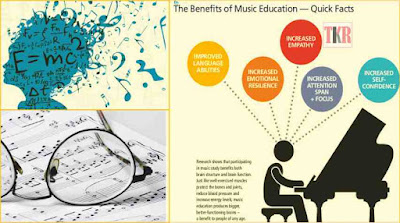 "Music offers a bundle of advantages for the educational and overall development of students. Training in music helps students develop language and reasoning. Early musical training helps develop the areas of brain related to language and reasoning. Music can help develop the left side of our brain, and songs can help in imprinting information on our minds."
Music also has the potential to achieve social and psychological transformation of children and young people. Their sensibility will be accurate.

We must never waste such an opportunity as teachers! Captivating the major interests of our students to Music.
Some teachers love Music and feel comfortable to speak about Music in school curricula.

So, there's Alexander Borodin to include into your school curriculum.

Displaying the Doodle could be an interesting approach to understand the feelings of some of your students about classical music.

I'm sure you will discover some gifted kids. You can guide them to continue to study Music in Higher Education.
And science? See? Some good students in science will discover that they can do both. Music and science. 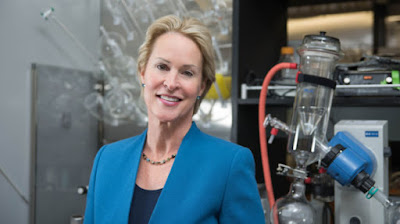 Borodin has been a precursor on women and girls in science education. Wow! In the 19th century?

Over the last years, the global community has made a  great effort to inspire and engage women and girls in science. But the gap is still a problem.

Girls do as well as boys in science, maths, STEM, at school but many more boys go on to further study science, technology, engineering and medicine.

Remember to include Nobel Prize Nobel in Chemistry 2018 with one half to Frances H. Arnold.
Resources: Book 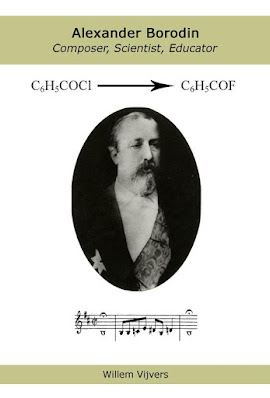 This book will be valuable to musicologists and historians of science alike. It should appeal to a wider audience of music lovers and people interested in Russian history.The author is a chemist and worked as a specialist in scientific and patent information. Additionally, he studied music and graduated in Russian studies. He published several articles in these fields.

Please visit my posts on Beethoven, Grieg, Debussy among others.


Alexander Borodin: A Composer Among Chemists 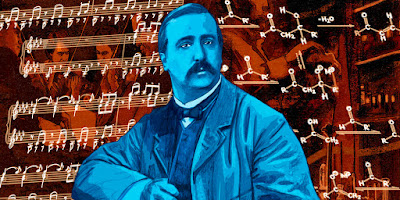 All of your lessons plans must be thought to meet specific area and curricular requirements, but also enrich students experience.

For example, start by choosing the subject areas such as Core Curriculum (Language, Science, Music, Digital Literacy) and of course a Media Art | Music cross-curricular project.

Based on the curricular strand to be focused on in conjunction with students needs and any other specific classroom requirements, the art form and a specially trained LTTA (Learning Trough the Arts) are selected.

Invite LTTA artists to collaborate with you in partnership to develop customized arts-infused lesson plans.