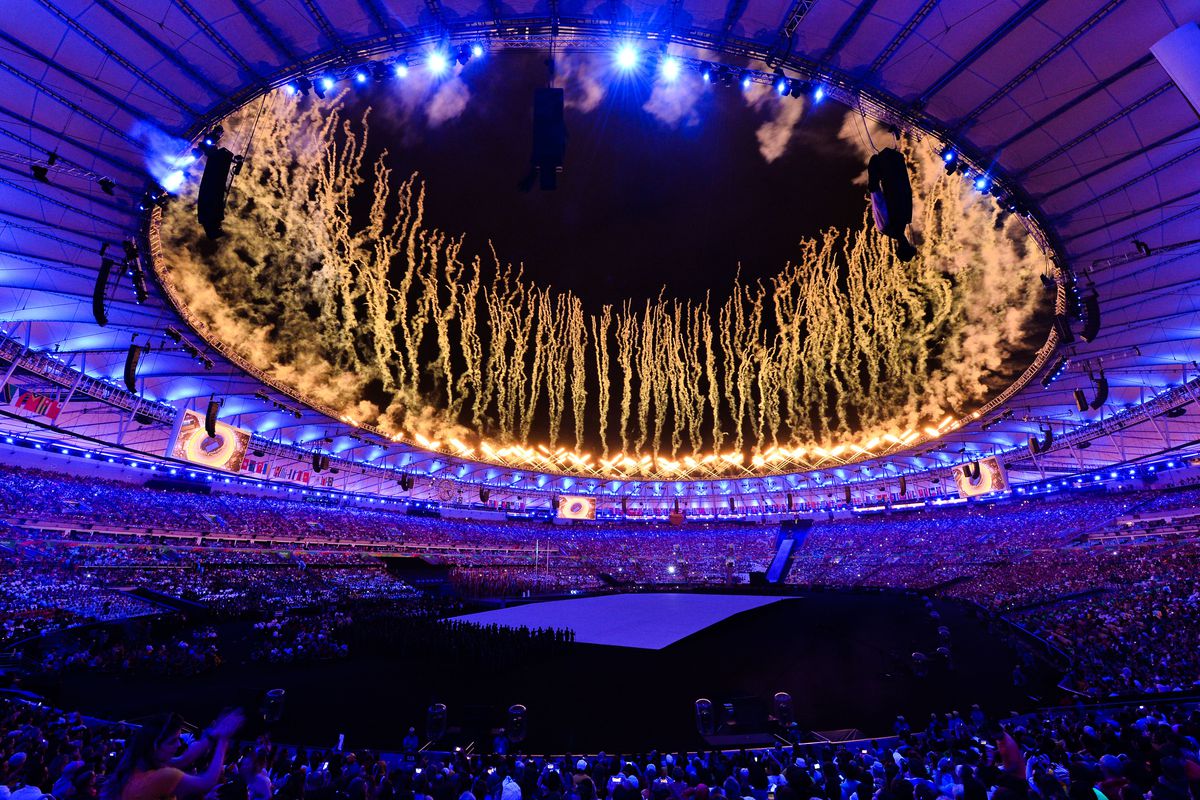 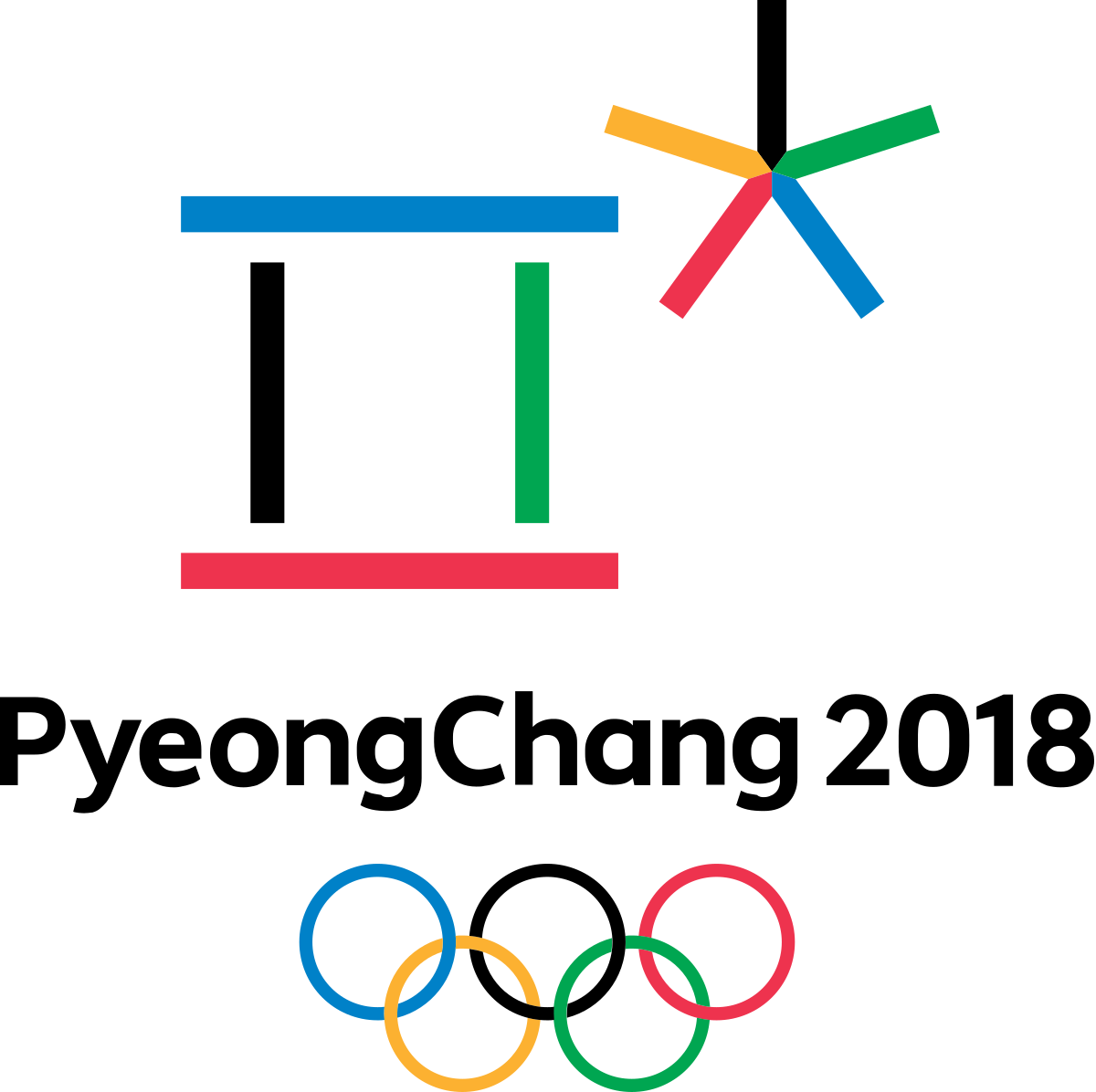 Pyeongchang 2018 officially opened on Tuesday 8 February with the traditional Olympic Games Opening Ceremony seen by three billion people around the world. More than 35,000 professionals were involved on the night with the show featuring 12 samba schools and over 5,500 costumes. 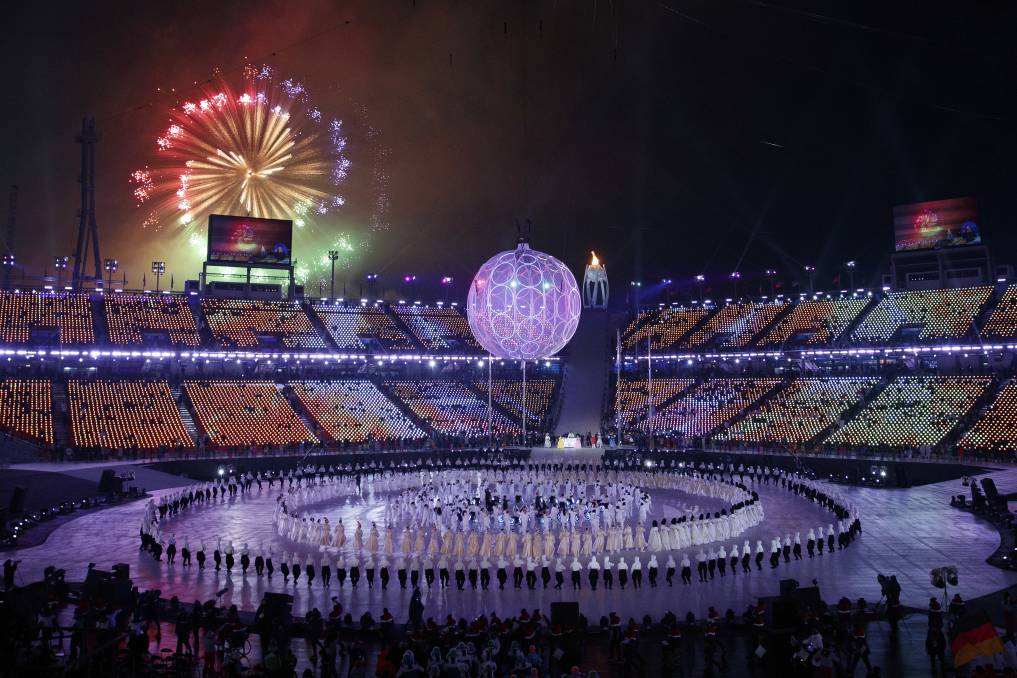 PyeongChang 2018, is an ongoing international multi-sport event hosted by the country of Pyeongchang, South Korea.

"In an often divided world, sport is a unique and important connective tissue that binds people together, both across and within societies." 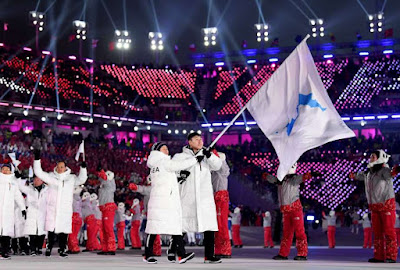 Athletes from 92 countries, including competitors from North and South Korea, were welcomed for the Olympics Opening Ceremony at the PyeongChang Olympic Stadium.

Nearly 3,000 athletes entered the stadium during the Opening Ceremony. The last nation to enter was Korea, with athletes walking behind a unification flag.

Olympic Winter Games 2018 will end the 25 February 2018. Schools all over the world are include this huge event in school curriculum. No doubt. 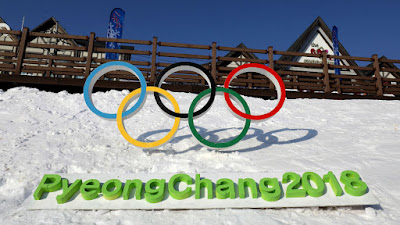 The Olympic Truce was reintroduced at the modern games in 1994, and it remains an ideal of the Olympic movement, with a related UN resolution passed every two years before each Olympics.

The country was selected as the host city in July 2011, during the 123rd IOC Session in Durban, South Africa.

It marks the first time that South Korea has hosted the Winter Olympics, and the second Olympics held in the country, the first being the 1988 Summer Olympics in Seoul. 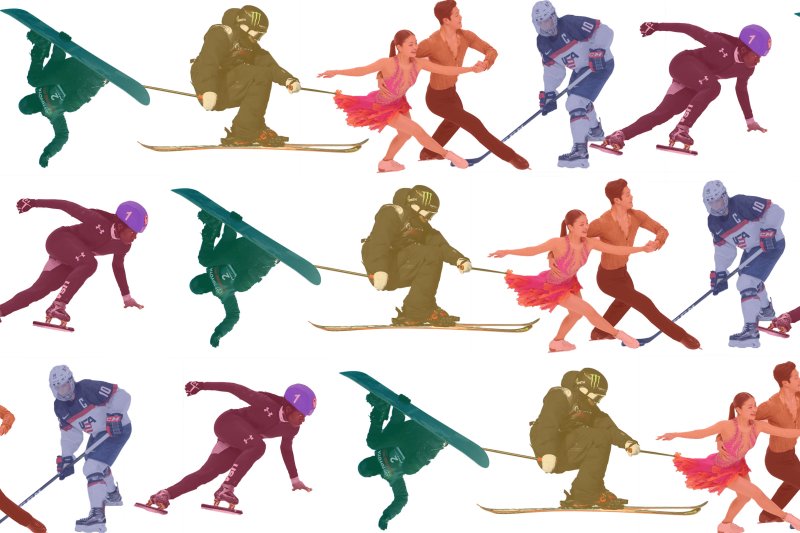 A total of 2,952 athletes from 92 National Olympic Committees are slated to compete, including Ecuador, Eritrea, Kosovo, Malaysia, Nigeria and Singapore. 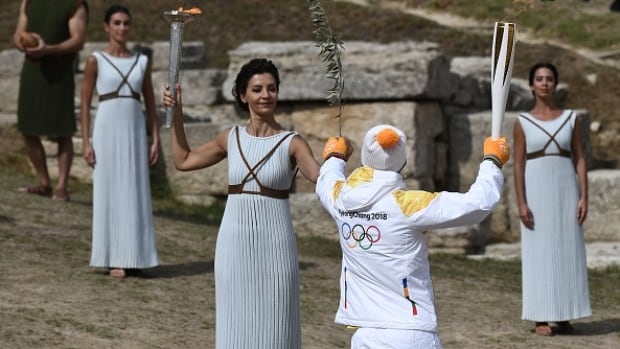 In the context of the modern Games, the Olympic flame represents the positive values that Man has always associated with fire. The purity of the flame is guaranteed by the way it is lit using the sun‟s rays. The choice of Olympia as a departure point emphasises the link between the Ancient and Modern Games and underlines the profound connection between these two events. 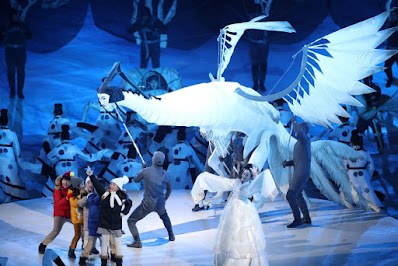 "The goal of the Olympic Movement is to contribute to building a peaceful and better world by educating youth through sport practiced without discrimination of any kind and in the Olympic spirit, which requires mutual understanding with a spirit of friendship, solidarity and fair play."

Teachers are including into their lessons the Olympic Winter Games. Every four years, the Olympic Games create worldwide excitement of athletes from across the globe compete for a prestigious place on the podium. 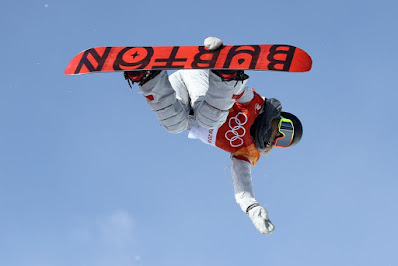 "Sport’s role in reducing conflict can be traced back to the creation of the Olympic Games."

Of course, teachers can't lose this splendid event! Such a great subject to talk about some values and beliefs: courage, self-estime, confidence, effort, work, solidarity, fellowship,mutual support. Sport teachers for sure. But why not Languages, Geography, History in a cross-curricular project? 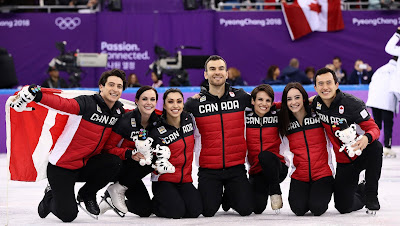 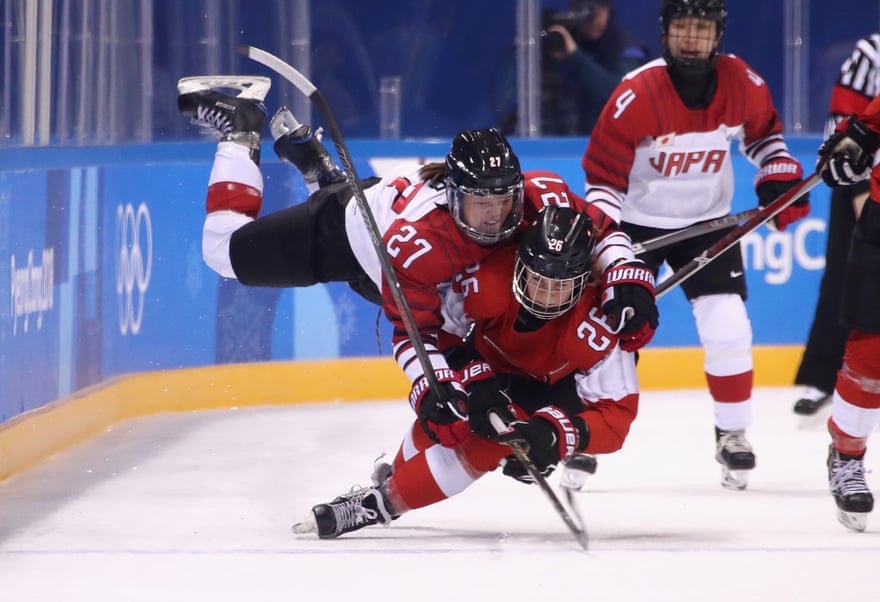 So many young people, girls and boys who raise the flags from their countries proudly and fighting for a medal!

I am sure that a lot of students will want to talk about Olympic Winter Games 2018! Asian students are the luckiest because most of them are at the Olympic stadium with their parents or teachers as visitors or participating as volunteers. 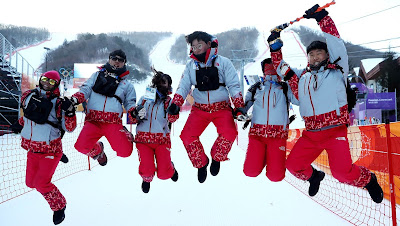 But there will be a big number all over the world that are watching live on TV or online, day by day, following their favorite athletes and sports. And the most curious will know a lot about Olympic Winter Games, the athletes, sharing ideas,
in the classroom. 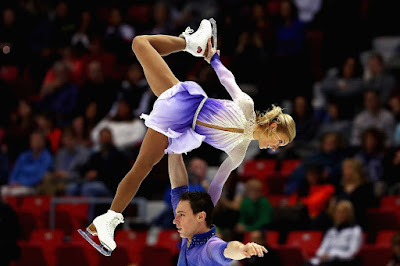 “I feel free on the ice, I love the atmosphere,” (...) “It’s hard to explain, but when you go to a competition you are going to work, but you are doing what you love. I enjoy every second of it, the adrenaline flowing, the public giving you energy and you giving it back.” 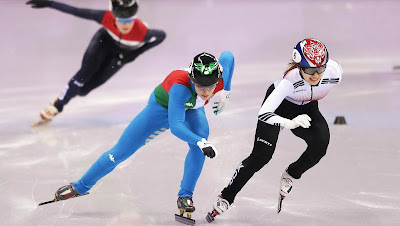 I picked some of the best Olympic-themed teaching resources to help you encourage both individual achievement and teamwork, while inspiring your students to strive for gold in the classroom. Wow! It will be amazing. “I knew that if I went home with a gold medal knowing I could do better, I wasn’t going to be satisfied,”

The exuberant Southern California native has a phenom’s resume! She's the youngest snowboarder to earn a gold medal at the X Games - in 2015, at age 15 - and the first female athlete to land back-to-back 1080s (three full revolutions in the air) in competition.

After missing out on the 2014 Sochi Olympics because she didn’t yet meet the minimum-age requirement, Kim won a historic gold in the women’s half pipe at the 2018 Pyeongchang Olympics at age 17.

The American teen sensation who began snowboarding at age 4 in California, became the youngest half pipe medalist in Olympics history on Tuesday in South Korea by racking up the two highest scores in the final.

“She rides with incredible style and goes huge,” (...) “She’s at the pinnacle right now.”

As I wrote about Olympic Games London 2012 and Olympic Games Rio 2014. Here are couple of ideas and resources to include into school curriculum about  Pyeongchang 2018


Google is publishing a Doodle every day since the Opening ceremony Olympic Winter Games 2018.  There will be a total of 17 different designs.

For the next few weeks young students will stop on Google browse to keep up with all the action from the Doodle Snow Games!

Kids can activate the whimsical, animal-based sporting animations by simply clicking on the play button at the centre of the designs.

Google Snow Games Doodles will be a lovely digital resource to motivate kids at Primary education to the different snow sports. They will love and learn about snow sports and athletes.


The Olympic Winter Games will be updated! Teachers and students wil have news and stories  to be informed every day about sports, athletes,  countries, medals, results, mascots, torch relay, photos, videos. 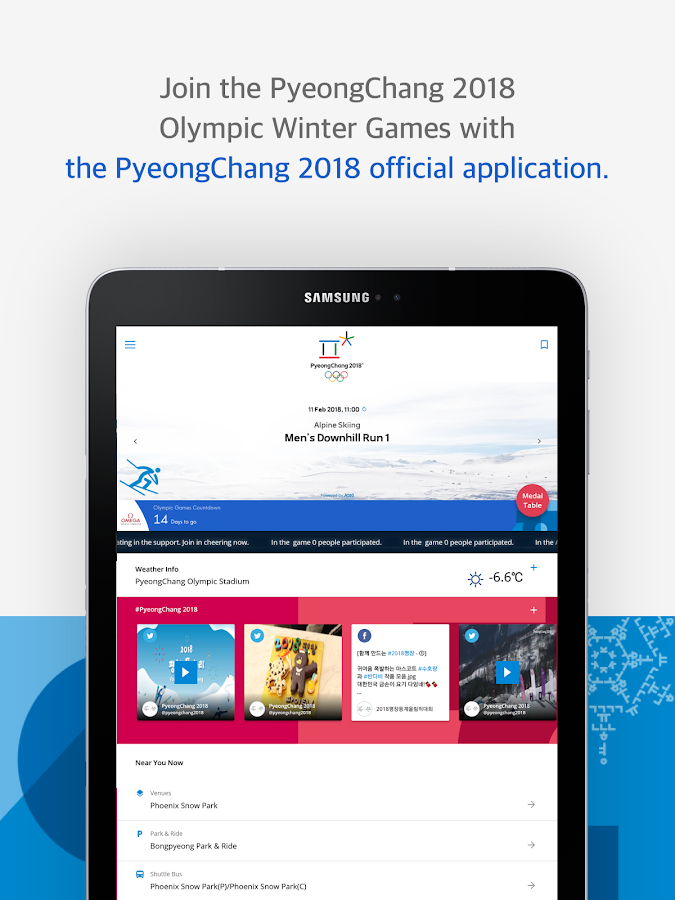 
Don't lose the great opportunity to develop a cross-curricular project that students and teachers can share with other colleagues and parents at school at the end of  Pyeongchang 2018 next 25 February.

Later, next 8 March, I will try to be back with Pyeongchan 2018 Paralympics.

Schools : Pyeongchang 2018 : Olympic Winter Games & resources by G-Souto is licensed under a Creative Commons Attribution-NonCommercial-NoDerivatives 4.0 International License.
Posted by G-Souto at 1:00 AM