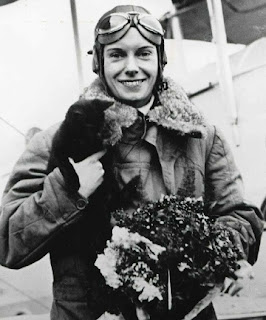 Another woman is honored by breakink the sky after Doodle of Amelia Earhart. Google celebrates today what would have beeing this pioneering pilot’s 107th birthday Jean Batten with a reminder "to fly fiercely towards our boldest dreams."

In the 1930s, Jean Batten took the skies by storm and brought the winds of change with her. After two failed attempts to fly from England to Australia, Jean made her comeback with a record-breaking return journey in 1934. 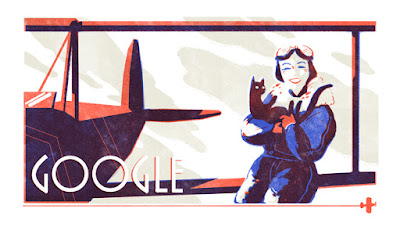 Her success elevated in 1935 when she became the first woman to ever fly solo across the south Atlantic, and then it soared in 1936 when Jean and her lucky black cat, Buddy, made the first-ever direct flight from England to New Zealand.

She described the moment the wheels hit the turf as "the very greatest moment of my life," proving to the world that the sky’s only the limit if you let it.

Jean Batten was New Zealand's greatest aviator, celebrated around the world for her heroic solo flights during the 1930s. Following her success she faded in and out of public view. She died in obscurity in Majorca, Spain, in 1982.

Jane Gardner Batten was born on 15 September 1909 in Rotorua. She soon became known as Jean. In 1913 she moved to Auckland with her parents and two older brothers.

In 1917 her father, Frederick, a dentist, volunteered to join the New Zealand Expeditionary Force and was sent to the Western Front. The loss of his earnings caused financial hardship for the family; during this period Batten moved from Melmerley Ladies School in Parnell to a state school. 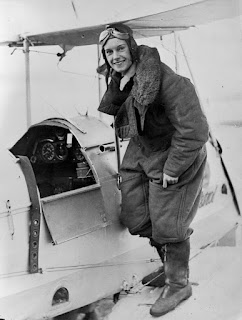 Batten's ambition to learn to fly developed in the late 1920s as the first flights of ‘an era of hugely publicised long-distance record-breaking flights’ began. Her mother, with whom she maintained a close relationship throughout her life, encouraged this new ambition. In 1929 she took Batten on a holiday to Sydney and arranged for her to fly with Australian aviator Charles Kingsford Smith.

A year later Batten sailed to England with her mother, and began to learn to fly at the London Aeroplane Club. By December she had gained her ‘A’ licence and had her eye on breaking the women's record for a flight from England to Australia. 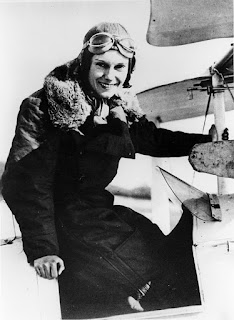 The mid 1930s were the heyday of Batten's flying career. After two failed attempts to fly from England to Australia in 1933 she successfully completed a return journey in May 1934. Although the route had been flown in one direction or another over 30 times, Batten's gender and her beauty captured huge media attention.

In keeping with the direction of her ‘patron saint', oil magnate Lord Wakefield (of Castrol Oil), she carefully kept herself in front of the public eye, embarking on extensive tours of Australia and New Zealand. During both tours Batten was accompanied by a mascot, a black kitten she had named Buddy. 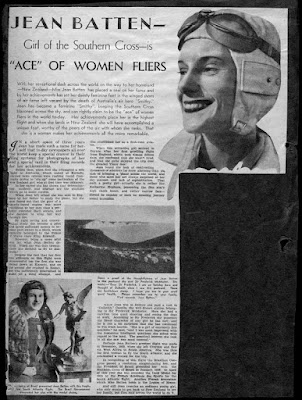 Her attention-grabbing flights continued. In November 1935 she became the first woman to fly herself across the South Atlantic. In October 1936 she went one step further and made the first ever direct flight from England to New Zealand. But she was physically and mentally exhausted by the journey.

Her tour of New Zealand was eventually called off in Christchurch and she spent much of November resting at Franz Josef Glacier at the government's expense. 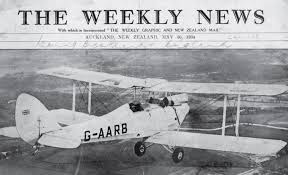 In February 1937 she returned to Australia. A few months later she completed her last long distance flight, from Australia to England. For the rest of her life Batten drifted in and out of the public view.

The Second World War brought an end to her flight adventures. Although her aircraft was put to active use, she was not allowed to fly it. She eventually got associated with different campaigns in England to raise funds for guns and aircraft.

Post war she almost detached herself from public life barring a few appearances.

In a letter dated 8 November 1982 Batten advised her publisher of her new address. This was the last anyone heard from her.

Her whereabouts remained unknown until September 1987 when it was revealed that she had died in Majorca on 22 November 1982. On 22 January 1983 she was buried in an unknown grave on the Majorca island on January 22, 1983. 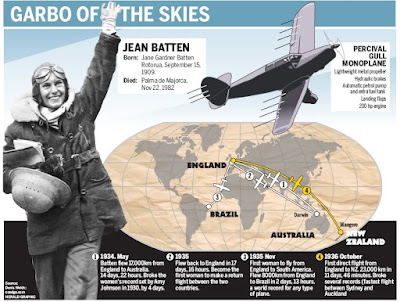 "Despite numerous improvements in women’s educational and employment outcomes, many countries have not achieved gender equality in economic opportunities and outcomes."

Often, I write about gender equality. Girls are proving more and more in different situations in school and business that they are equal to men in their intelligence and capacity.

This begins early in school where girls must be encouraged to access to science and technoly.

The aim is to encourage creativity in the field of science and new technologiesand highlight the importance of developing innovative skills at an early age.

"The empowerment of girls and women starts on the benches of school, with quality education and access to culture and information. Gender equality means literacy. It means access to science. It means genuine possibilities for girls to become everything they wish for. And to make their own informed choices." 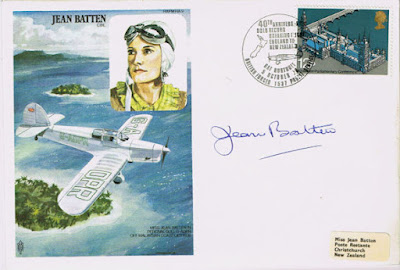 Jean Batten - The Garbo
of the Skies, 1988
https://www.nzonscreen.com/

Jean Batten: The Garbo of the Skies
https://www.nzonscreen.com/title/jean-batten---the-garbo-of-the-skies-1988

Jean Batten The Garbo of the Skies by Ian Marckersey
https://www.odt.co.nz/entertainment/books/difficult-picture-aviation-legend

Jean Batten The Garbo of the Skies, 2014
by Ian Marckersey
http://lympneairfield.com/ 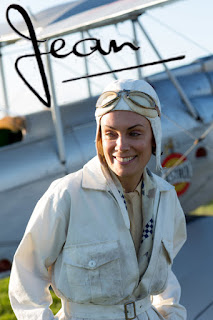 Google with today’s Doodle has sent out a strong message to all of us, “the sky’s the limit only if you let it."