Schools : Videos in the classroom: The Higgs Field 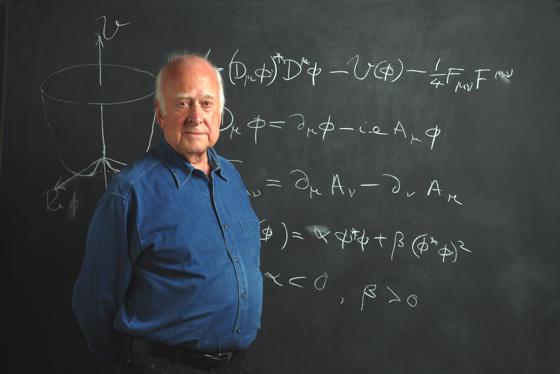 In July 2012, scientists found the long awaited Higgs Boson, a particle that, according to theoretical physics, gives all elementary particles mass. Without the Higgs, these particles would remain mass less, and our bodies, blankets, cups of tea, dogs, and universe wouldn’t exist.

Professor Higgs predicted the existence of a unique type of fundamental particle - now named the Higgs boson in his honour - which is essential in allowing the mathematics of the standard model to work.

But the boson and the Higgs Field that allows for that magic particle are extremely difficult to grasp.

Don Lincoln (CERN) has produced his take on explaining the Higgs field for Ted-Ed. 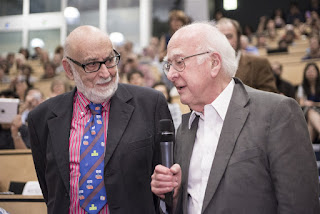 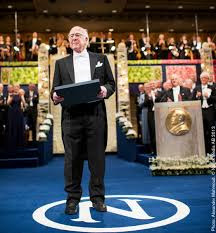 Professor Peter Higgs was awarded jointly to François Englert with the Nobel Prize in Physics, today, October 8 2013 for:

"the theoretical discovery of a mechanism that contributes to our understanding of the origin of mass of subatomic particles, and which recently was confirmed through the discovery of the predicted fundamental particle, by the ATLAS and CMS experiments at CERN's Large Hadron Collider"

"I am overwhelmed to receive this award... I would also like to congratulate all those who have contributed to the discovery of this new particle." 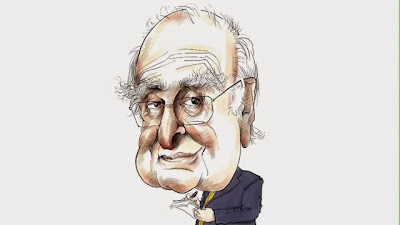 The link of video Peter Higgs profile by Ian Sample (science correspondant/ The Guardian), published on this post in 8 October 2014, is no longer available. You can watch it here 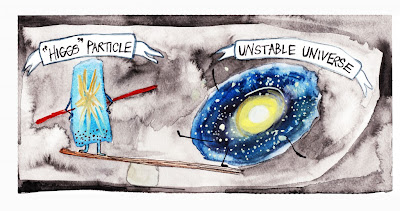 One of the most significant scientific discoveries of the early 21st century is the Higgs boson.

Professor Higgs predicted the existence of a unique type of fundamental particle - now named the Higgs boson in his honour - which is essential in allowing the mathematics of the standard model to work.


The 4th July 2012 CERN announced the discovery of a new particle, consistent with the Higgs boson.


The existence of the boson was a matter of intense speculation for 50 years, until its final discovery last year at the CERN Large Hadron Collider (LHC) - the world's most powerful particle accelerator. 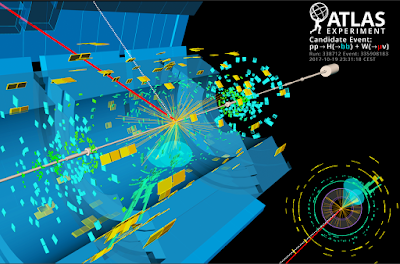 An ATLAS candidate event for the Higgs boson (H) decaying to two bottom quarks (b), in association with a W boson decaying to a muon (μ) and a neutrino (ν).
credits: ATLAS/CERN)
https://home.cern/about/updates/2018

Six years after its discovery, the Higgs boson has at last been observed decaying to fundamental particles known as bottom quarks.

The finding, presented today at CERN by the ATLAS and CMS collaborations at the Large Hadron Collider (LHC), is consistent with the hypothesis that the all-pervading quantum field behind the Higgs boson also gives mass to the bottom quark. Both teams have submitted their results for publication today. Read more here

Interesting video: The boson and the Higgs Field that allows for that magic particle are extremely difficult to grasp. This video by Don Lincoln (CERN) explains it. It's a good digital resource to include into Physics curriculum and explain the Higgs field:

Videos are interesting and powerful digital resources to include into the school curriculum.

Some years ago a teacher displayed videos in the classroom once in a while. Always as a motivation to a subject, not for an explanation or exploration of a subject in the class.

But I can tell you that students love and learn easily watching a video than hearing thousands words.

The basics of a boson – a lesson by Dave Barney of the CMS collaboration and Steven Goldfarb of the ATLAS collaboration. Animation by Jeanette Nørgaard for TED-Ed.

In 2012, physicists at CERN discovered evidence of the Higgs boson. The what?
The Higgs boson is one of two types of fundamental particles, and it’s a particular game-changer in the field of particle physics, proving how particles gain mass. Using the Socratic method, CERN physicists Dave Barney and Steve Goldfarb explain the exciting implications of the Higgs boson.

Today there are teachers who use frequently videos in the classroom among other educational digital resources, to enrich their lessons.

There are a great number of videos that you can include into school curricula. Students evolve well their skills if we use technology and educational digital resources. But, don't forget to prepare the exploration before your lesson. And join some practical activities.

Teachers value is not in the information stored in their head. Teachers must have the ability to pull together the best learning resources to produce a desired outcome.

Schools : Videos in the classroom: The Higgs Field by G-Souto is licensed under a Creative Commons Attribution-NonCommercial-ShareAlike 3.0 Unported License.