Schools : Let's talk about Leonard Bernstein & the power of Music ! 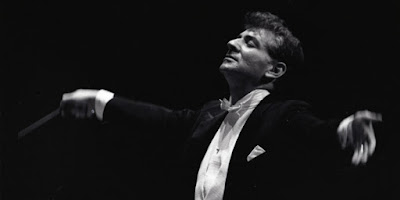 "Music can name the unnameable and communicate the unknowable."

So many of us who experienced Leonard Bernstein up close have a story to tell. No doubt.

A kickoff at The John F. Kennedy Center for the Performing Arts on September 22, 2017 officially launched the celebrations which continued worldwide through August 25, 2019. 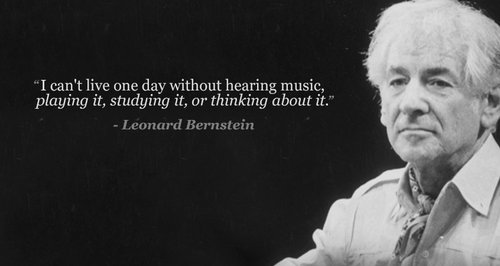 Let's talk about Music in education, once more. Music curriculum continues not to be a major value in public schools. Oh! It's so wrong! Time to think about!

Students attending public schools in high poverty communities have less access to Arts instruction than their peers in more affluent communities. They have not the chance to study Arts.

They are losing the opportunity to include Arts in their activities extra-school. School time will be the right place to educate young people on Arts.

Leonard Bernstein, charismatic conductor and devoted educator - teacher at high school - popularized classical music in the concert hall and through the television screen through his Young People's Concerts.

He also reimagined the role of the conductor as a vocal advocate for music’s ability to unite communities.

"Moreover, Bernstein loved all types of music, and strove to make Beethoven, Bach, and even the Beatles accessible for “students” ages 8 to 80 through his Young People’s Concerts."

I remember being fascinated by the TV cameras. In those days TV was practically brand new, and seemed exotic.


On August 25, 2018, Google celebrated Leonard Bernstein 100th Birthday, with a interactive Doodle set to one of his  most iconic works.  the score to West Side Story.

A larger-than-life personality, Bernstein held the baton with emphatic mannerisms, reacting to the emotion of the music mid-performance.

As Director of the New York Philharmonic, he exposed generations of young people to musical programming on television. In this way, and as a popular commentator about music on radio and TV, he made intellectual culture more accessible to the public at large. 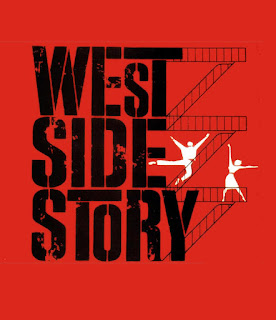 
A modern Shakespearean tale following the turf war between two rival gangs and star-crossed lovers in the west side of Manhattan, was brought to life through Bernstein’s gripping score.

West Side Story is based on Shakespeare's classic Romeo and Juliette, two youngsters from rival New York City gangs fall in love, but tensions between their respective friends build toward tragedy.


The original 1957 production was nominated for six Tony Awards including Best Musical. 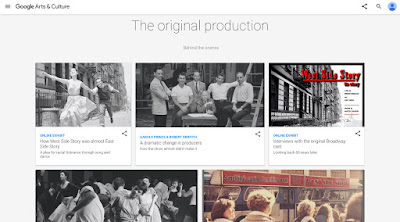 
“In the olden days, everybody sang.”
Those are the words of Leonard Bernstein, composer behind the iconic musical West Side Story, where everyone danced and snapped through the streets, too. Whether you’re a Jet all the way or you side with the Sharks, Tony and Maria’s love story is as poignant today as it was 60 years ago, when the Broadway musical first debuted. 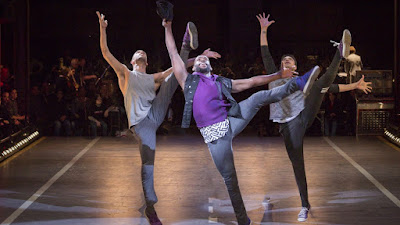 To pay tribute to new version of Romeo and Juliet, Google Arts and Culture has launched a virtual museum with the history behind West Side Side Story.

Bringing together artifacts and mementos from the making of the musical and movie, behind-the-scenes photographs, and a peek into the modern-day representation of the musical, this collection explores the history, artistic value and social relevance of West Side Story. 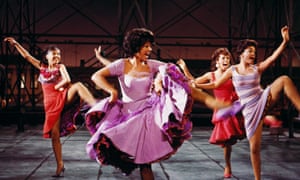 It offers behind-the-scenes photos of the movie and original production, along with images of various productions over the years and of one of the latest renditions.

They might also want to drop by the website on a VR headset if they want to visit iconic locations that inspired the musical's sets through panoramic images or to watch Riff's Get Cool, Boy number as a 360-degree video. 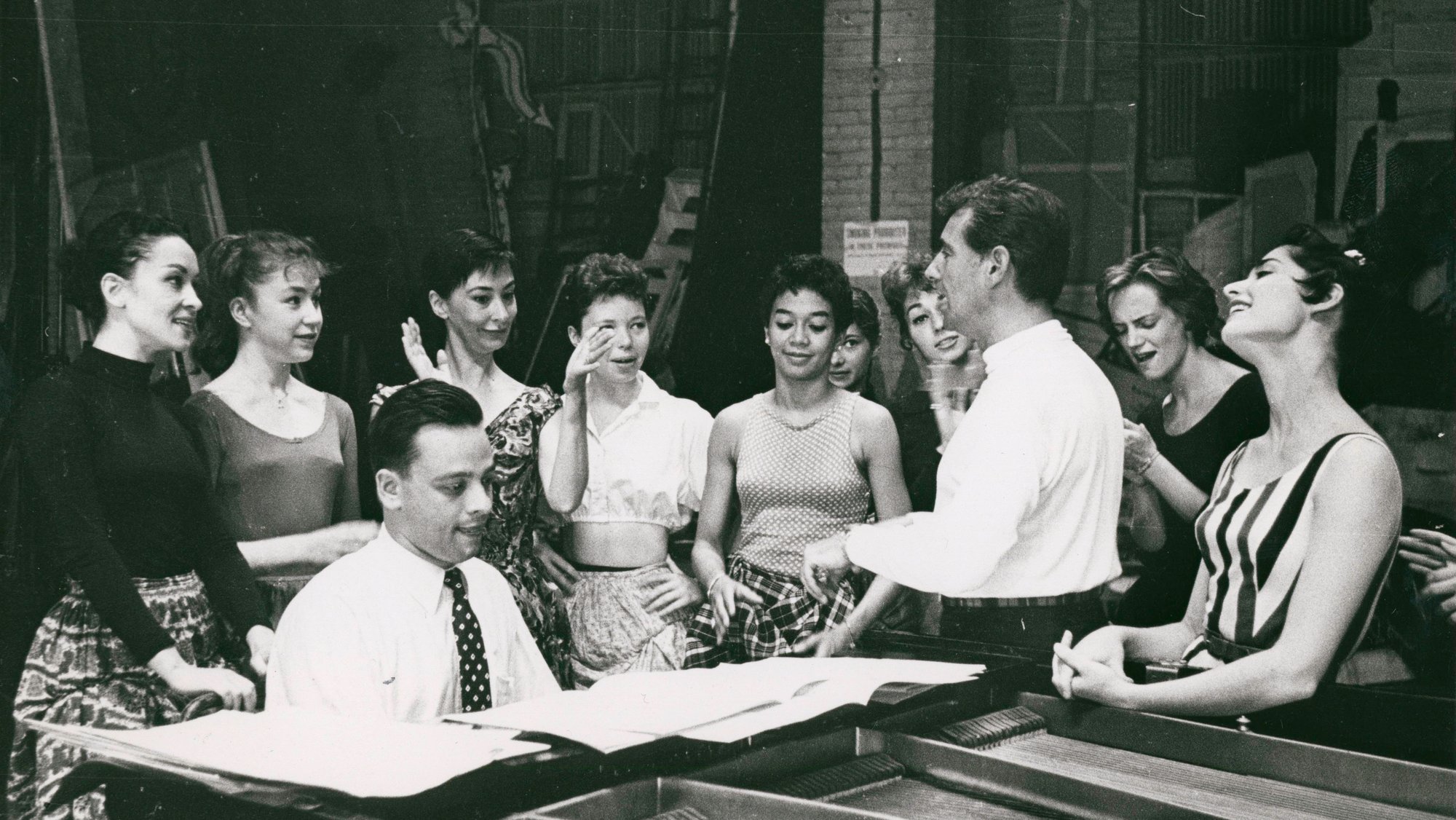 “This will be our reply to violence:to make music more intensely,more beautifully,more devotedly than ever before.”
Leonard Bernstein

Don't loose such an important virtual and educational resource! Above all through West Side Story you can teach non-violence values.

Since it tells the story of a local New Yorker falling in love with a Puerto Rican immigrant, it has essays and editorials you can read on how the musical tackled immigration, civil rights and racial stereotypes, as well as how it was seen as a "plea for racial tolerance and non-violence." 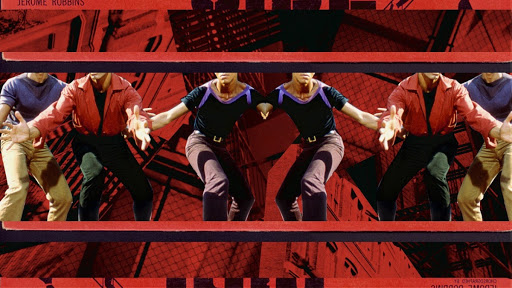 In early 2016, Carnegie Hall launched The Somewhere Project, a major citywide exploration of “West Side Story.”

Students wrote original songs in projects across New York City, and community arts organizations incorporated the themes into their own programming, affirming how this quintessential story written 60 years ago "about love, conflict, and learning to live alongside those who are different still resonates with us in such a contemporary way."

Explore the history and legacy of the iconic musical by visiting Google Arts & Culture.

Include it into your school curriculum. And why not develop a similar activity at your school in a cross-curricular project?

Explore it as a teachers to prepare the activities before discussing the idea with your students: 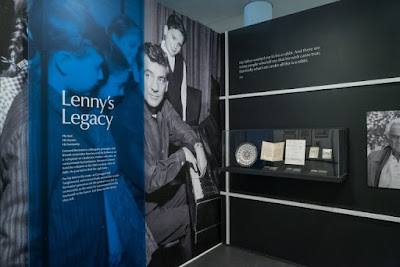 Visitors found a Bernstein who expressed the restlessness, anxiety, fear, and hope of an American Jew living through World War II and the Holocaust, Vietnam, and turbulent social change - what Bernstein referred to as his “search for a solution to the 20th‐century crisis of faith.” 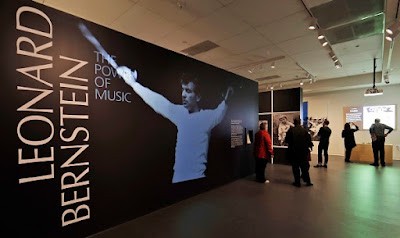 The exhibition explores his position as an American conductor and his works as a composer. It celebrates the centennial birthday of one of the greatest composers and conductors of the 20th century.

It features interactive media 360 and sound installations along with approximately 100 historic artifacts, including Bernstein’s piano, marked-up scores, conducting suit, annotated copy of Romeo and Juliet used for the development of West Side Story, personal family Judaica, composing easel, and a number of objects from his studio.

Invite your students to explore the virtual exhibition clicking here

There are 9 scenes to explore in detail. Students may scroll down to view them in order of the exhibition galleries.

Every image on this site is clickable! They can click any photo to enlarge the image, read exhibition text, or explore an object more closely.

Hearing from Ivy Weingram, Curator of Leonard Bernstein: The Power of Music through video clips.

The exhibition is now traveling. Teachers can learn where it's going or to learn how to bring the exhibition to your community, click here.

My point of vue on this publication is to share with young teachers the importance of music in school curriculum through the pedagogical director and composer who exposed generations of young people to musical programming on television.

Schools : Let's talk about Leonard Bernstein & the power of musci : resources by GinaSouto is licensed under a Creative Commons Attribution-NonCommercial-NoDerivatives 4.0 International License.