Education : World Radio Day : let's do it at school ! 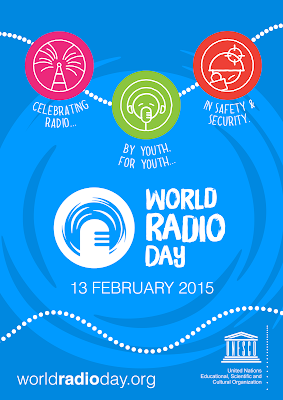 World Radio Day is about celebrating radio, why we love it and why we need it today more than ever.

A day to remember the unique power of radio to touch lives and bring people together across every corner of the globe.

The first World Radio Day was officially celebrated in 2012. UNESCO named February 13 as World Radio Day, commemorating the establishment of United Nations Radio on this day in 1946 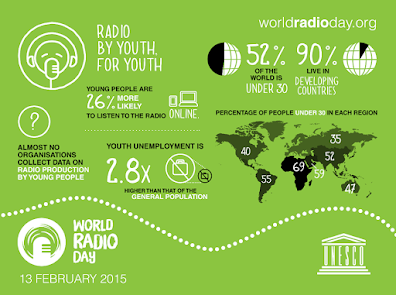 World Radio Day marks the anniversary of the first broadcast by UN Radio in 1946, when it transmitted its first call sign: This is the United Nations calling the peoples of the world.World Radio Day seeks to raise awareness about the importance of radio, facilitate access to information through radio, and enhance networking among broadcasters.Radio is recognized as a low-cost medium, specifically suited to reach remote communities and vulnerable people:

The illiterate, the disabled, women, youth and the poor, while offering a platform to intervene in the public debate, irrespective of people's educational level. Furthermore, radio has a strong and specific role in emergency communication and disaster relief.Radio is also an effective medium to broadcast news, features, weather reports and entertainment and is a medium that is available everywhere – at home, at work or on the move.The changing face of radio services, influenced to a great extent by the current trends in media convergence, is taking up new technological forms, such as broadband, mobiles and tablets as well as hybrid radio (which combines FM/DAB broadcasts with the Internet).

On this day there are events going on all over the world - see what's happening near you by visiting UNESCO World Radio Day Crowdmap! 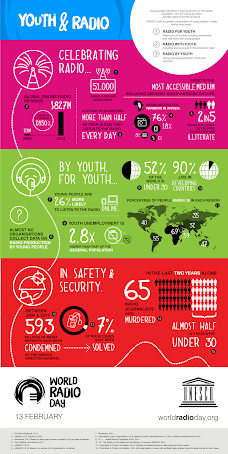 Despite being over 100 years old, the radio is one of the most popular ways to exchange information, provide social interchange, and educate people all over the world. It has been used to help people, including youth, to engage in discussions on topics that affect them. It can save lives during natural or human-made disasters, and it gives journalists a platform to report facts and tell their stories. The first World Radio Day was officially celebrated in 2012. 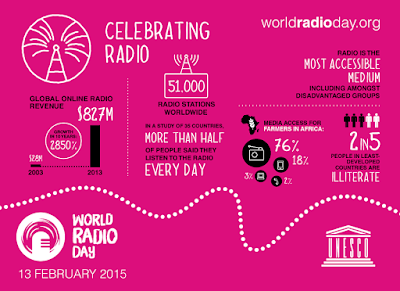 More than half the world is under 30, yet there is a noticeable lack of young voices on the global airwaves, and a very small amount of programming specifically produced by young people.

To be more inclusive, broadcasters need to work harder to improve participation and inclusion of young people along three levels:
Only through linking generations can radio live up to its potential as an inclusive vector of culture, education and information. 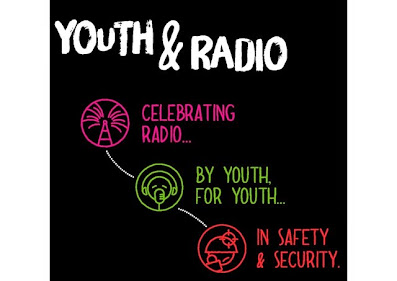 UNESCO propose few ideas to celebrate World Radio Day. Among them I chose some that you can do at your school.

Some schools have already a radio club. If your school don't have one, invite a teacher or two and some schoolmates to join you and promote a new radio club at your school. Promise! It will be a success.
World Radio Day is a great day to get together with your friends and classmates and tune into your favourite radio shows – over the airwaves or online, it’s up to you! We’ve also put together a lot of great content for you to watch, listen to and share, right here on this site. 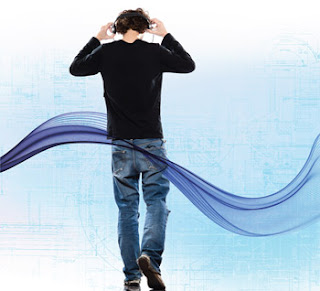 All you need to organize and broadcast a radio programme on youth and radio is a microphone, an internet connection and some inspiration!
Some schools have a radio club for students. Join your classmates and celebrate WRD.
You can upload what you make to Soundcloud and add it to UNESCO collection of user-submitted content for others to listen to.
If your Radio Club is a new one, and you would like to create a new radio show in your schools see the guide to creating your own radio show 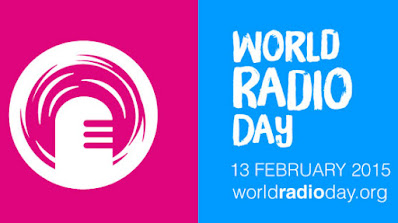 credits : UNESCO
https://events.unesco.org/
What does radio mean to you? How can you encourage more youth participation in radio? How can we offer protection to young journalists and fixers who risk their lives in conflict and disaster zones?
If you’ve got a great idea or something you want to say, record your World Radio Day message and post it to social media using the hashtag #WorldRadioDay, so the whole world can listen in.
Don't forget to ask your teacher of Languages curriculum to help you.
World Radio Day is about coming together to celebrate radio, so why not organize an event or debate in your school and invite everyone to come along?
You can also invite a speaker of a local radio station to come and talking about his/her experience in a radio station. Or organize an interview in Languages curriculum and ask him/her to answer during a radio hour at your school. 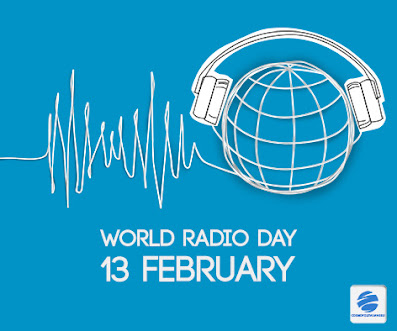 Why not show how much radio means to you by changing your social media profile picture or cover image to mark World Radio Day?
Of course you must post your own activities and events on the social media accounts open by your school. 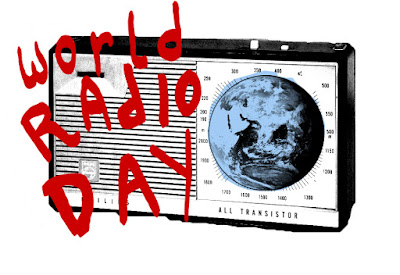 via Radio Zero
If you’re interested in a career in radio, let World Radio Day be a catalyst for you to find out more about the opportunities available.
Contact local journalism and broadcasting schools in your area, or get in touch with local community radio stations to find out how you can contribute as a volunteer.

On the World Radio Day website you’ll find all of the printed and digital material you need to celebrate the Day : banners, posters, logos and some great profile pictures and cover photos for social media : World Radio Day posters, banners & logos 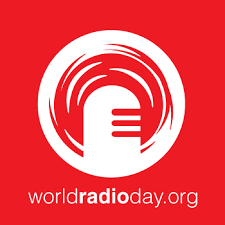 Join the global conversation by posting your support, including the official #worldradioday hashtag and tagging @UNESCO on Twitter.
And follow UNESCO on Facebook and Twitter to find out the latest World Radio Day news.

Radio reaches more people in more places than any other medium. A bridge of communication for remote communities, developing regions and vulnerable populations, sometimes with no other connection to the outside world.

"Radio is a medium for the future. It has a duty to include young people, not just as listeners but as active producers and creators of content."

Education : World Radio Day : let's do it at school ! by G-Souto is licensed under a Creative Commons Attribution-NonCommercial-NoDerivatives 4.0 International License.