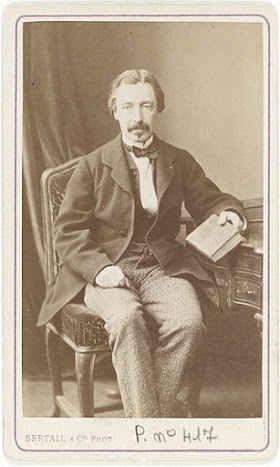 Jean Bernard Léon Foucault was a 19th century French physicist who made contributions to a number of areas like photography and polarization. However, he is probably best known for the creation of the Foucault Pendulum, which is the the focus of today’s interactive Google Doodle on what would have been Foucault’s 194th birthday.

When the pendulum was first displayed in Paris in 1851, it captured the world’s attention. The Foucault Pendulum was the first experiment that demonstrated the Earth’s rotation in an observable way.

No, today is not about Nicolau Copernicus ! The interactive Google Doodle of today, September 18th is about the celebration of the 194th anniversary of the French physicist Léon Foucault. It is based on the Foucault pendulum - an innovative device Foucault created to demonstrate the effect of the earth’s rotation. 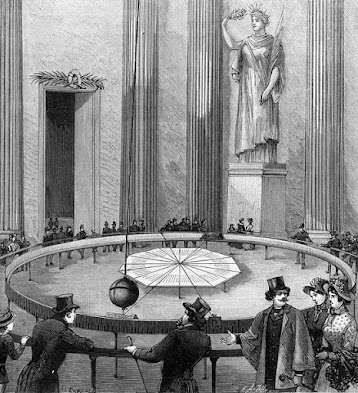 Leon Foucault uses his pendulum to demonstrate the rotation of the Earth at the Pantheon in Paris, 1851. Illustration by Mary Evans, Science Source

Foucault was born the 18 September 1819 in Paris. He presented his theory of Earth’s rotation at an exhibition in Paris, in the Meridian of the Paris Observatory in 1851, building a 67-metre pendulum that moved clockwise, proving the ground below it was moving counter-clockwise. Foucault caused a sensation with his famous pendulum experiment.

A few weeks later, Foucault made his most famous pendulum when he suspended a 28-kg brass-coated lead bob with a 67-m-long wire from the dome of the Panthéon, Paris.

The original bob used in 1851 at the Panthéon was moved in 1855 to the Conservatoire des Arts et Métiers in Paris. 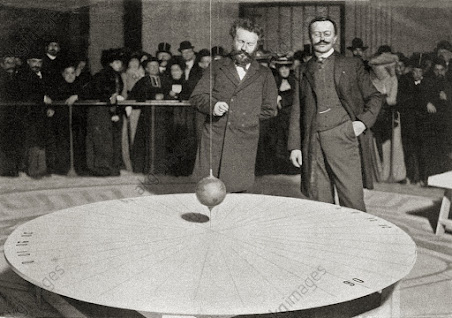 Léon Foucault and his pendulum at Panthéon of Paris
credits: Fototeca Gilardi
Some biographical notes:

Léon Foucault
via Science Photo Library
https://www.sciencephoto.com/
Foucault was born the son of a publisher in Paris on September 18, 1819 and originally studied medicine, but was forced to give it up after developing a fear of blood. He is described:

"Nothing about the boy announced that he would be illustrious some day; his health was delicate, his character mild, timid and not expansive. The frailty of his constitution and the slow way he worked made it impossible for him to study at college. He was only able to study successfully thanks to the help of dedicated tutors watched over by his mother." 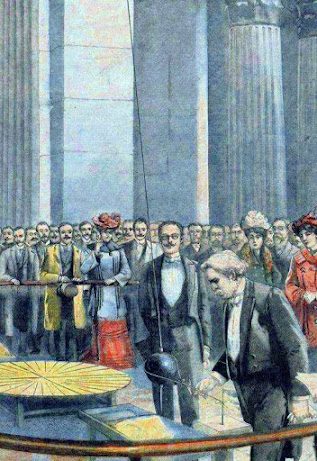 Le Petit Parisien, November 2, 1902
on the 50th anniversary of the experiment of Léon Foucault
https://en.wikipedia.org/

His career as a physicist began shortly after, assisting and collaborating with  Alfred Donne and Hippolyte Fizeau.

In 1885 Foucault discovered that the force required for the rotation of a copper disc becomes greater when it is made to rotate with its rim between the poles of a magnet, the disc at the same time becoming heated by the eddy current or “Foucault currents” induced in the metal.

Two years later he invented the Foucault polarizer, and in 1888 devised a method of testing the mirror reflecting telescope to determine its shape – the so-called Foucault knife-edge test which is still used in amateur telescopes.

Foucault died of multiple sclerosis on February 11, 1868 at the age of 48 after being made a member of many of the top scientific societies in Europe.

His name among those of seventy-two French scientists, engineers, and mathematicians is engraved on the Eiffel Tower. 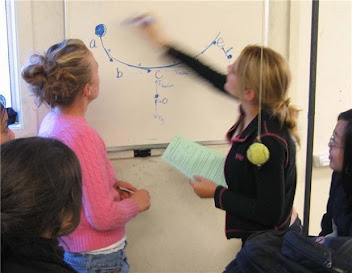 “His teachers described him as lazy, he did not submit work on time, so that his mother had to employ tutors to educate him at home."

As we know, sometimes, the best students in school are not the 'genius' they will become! Einstein, and a good number of great scientists, musicians or poets demonstrate that.

From time to time we discover 'little genius' among our students! They are not the brightest in the classroom, but we feel that they have something special And we do everything to help them to understand their inner skills in order to develop them later,  finding their own path.

They are disconnected from the school, distracted, sometimes with a difficult behaviour or too shy. We pay attention and encourage them as 'special' students they are and need a different kind of individual encouragement in school.
Resources:


Well, the Google doodle will be a good interactive digital resource to include into school curriculum, if you a are teaching Physics.

The Doodle allows students to manipulate the swinging bob according to where on earth they happen to be. 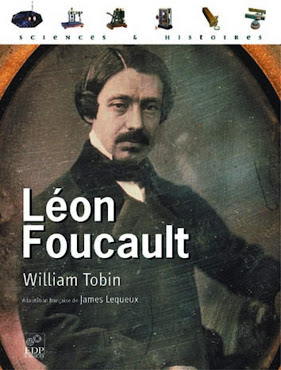 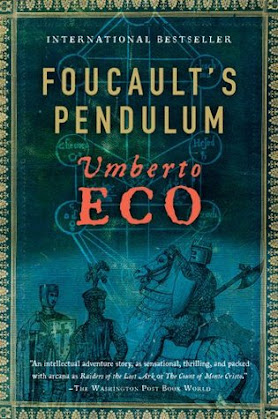 In 1988, the Italian novelist and essayist Umberto Eco writes Foucault's Pendulum, which will become a world bestseller translated into France two years later.

Bored with their work, three Milanese editors cook up "the Plan," a hoax that connects the medieval Knights Templar with other occult groups from ancient to modern times. This produces a map indicating the geographical point from which all the powers of the earth can be controlled - a point located in Paris, France, at Foucault’s Pendulum.(...)


It would be interesting if students - up-to 15 years-old - read this novel  of multilayered semiotic adventure created by Eco. A superb cerebral reading.


After all, we can always enriched our lessons with different resources and activities. You can include Foucault's pendulum in different lessons and organize events or activities with the students to present at the school.

Schools are the best networks of teaching and learning. Schools and teachers have an important role aiming to renew and reinvigorate global knowledge as they have the mission to educate children and adolescents as future citizens.

Be creative! Use your imagination and students creativity. They are the great motivators to our lessons!