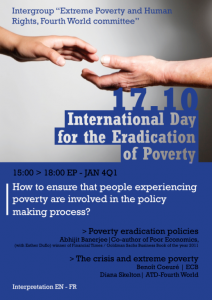 "Rampant poverty, which has festered for far too long, is linked to social unrest and threats to peace and security. On this International Day, let us make an investment in our common future by helping to lift people out of poverty so that they, in turn, can help to transform our world."
Secretary-General Ban Ki-moon


Message for the International Day for the Eradication of Poverty

"Of the 925 million people suffering from chronic hunger, 98 percent live in the developing world. Unlike famines that receive emergency-aid, chronic hunger is a silent, invisible, day-after-day condition."
17 October has been International Day for the Eradication of Poverty since 1993, initiated by the United Nations.
This year marks the 25th anniversary of the first ever International Day for the Eradication of Poverty, to give it its full, official name. 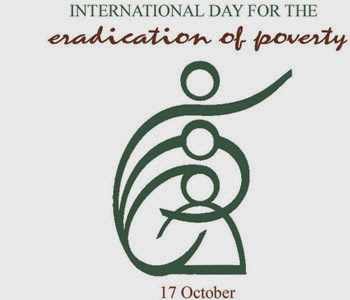 http://www.unmultimedia.org/
The 2012 commemoration will focus on the theme "Ending the Violence of Extreme Poverty: Promoting Empowerment and Building Peace".
"Too many people live in fear of losing their jobs and not being able to feed their families"
Ban Ki-moon,  the United Nations Secretary-General
"Of the 925 million people suffering from chronic hunger, 98 percent live in the developing world. Unlike famines that receive emergency-aid, chronic hunger is a silent, invisible, day-after-day condition."
On this day, the Intergroup Extreme Poverty and Human Rights, Fourth World Committee, organise an event in the European Parliament in Brussels.

http://overcomingpoverty.org/
"When you get up in the morning and don’t know where to go, with nothing to feed your children, that is violence. When you have to fight others to defend the little you own, that is violence.”
A mother from Haiti
Unfortunally, this is no longer a mother's voice of an underdeveloped country. We know that poverty and hunger are disseminated too in developed countries. I wrote about it on my post Child Poverty in Develped Countries.
"Extreme poverty destroys the lives and spirit of people; it kills more children, young persons, and adults than any war. Every day, people living in extreme poverty are challenged and threatened by lack of food, shelter and access to essential services. They endure hazardous working conditions and live in precarious, degraded, and insecure living environments."
Austerity measures widen gap between rich and poor. That is a fact. Every day, in our city we cross homeless people, we know someone that lost his or her job, even the home family.
"As debates rage on austerity measures and social spending cuts, a new report reveals the extent of child poverty and child deprivation in the world’s advanced economies.

And chidren across the United Sates, or Canada, and other developed countries on the world. 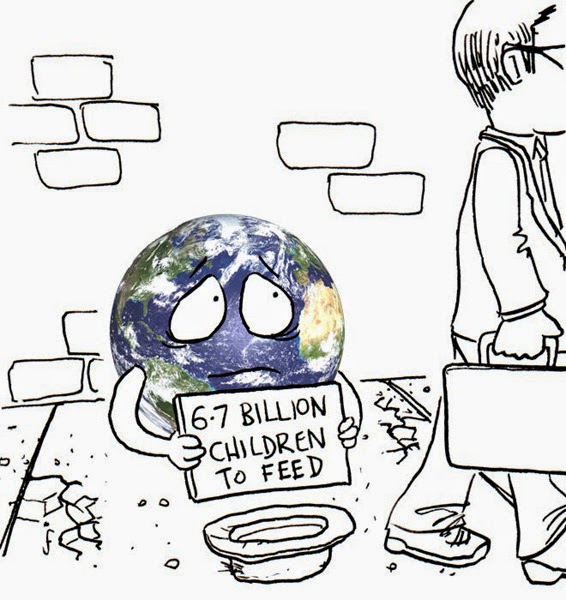 Introducing these facts into our curriculum:

This time I would share with you the heartbreaking video 60 Minutes on CBS News - Scott Pelley reports from Florida, where school buses now stop at motels for children who've lost their homes (2011).

I have not the courage to introduce it on this post because there are too many kids involved. But you can watch it here 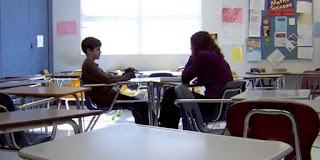 How can we build a just and peaceful society to the "hard time generation"?

For some children, socializing and learning are being cruelly complicated by homelessness. And we have this reality in our classroom among some our students!

Today I have no pedagogical ideas. I only want to share with you all these humanitarian messages:

Child Poverty at a Time of Crisis (UNICEF)

Only by listening to children living in extreme poverty, can we learn from their courage, experience and knowledge on how to achieve a peaceful world for all.

Ultimately, the social transformation that is needed to achieve a peaceful society can only be achieved through the active contribution of everyone, regardless of where we live, or our social and cultural background. 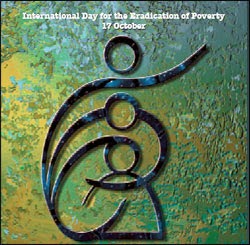 The 2012 Commemoration of the International Day for the Eradication of Poverty (IDEP) is focused on the theme "Ending the violence of Extreme Poverty: Promoting empowerment and building peace".
It is my hope that this theme will launch a continuing dialogue among people everywhere about this issue.
G-Souto
17.10.2012
copyright © 2012G-Souto'sBlog, gsouto-digitalteacher.blogspot.com