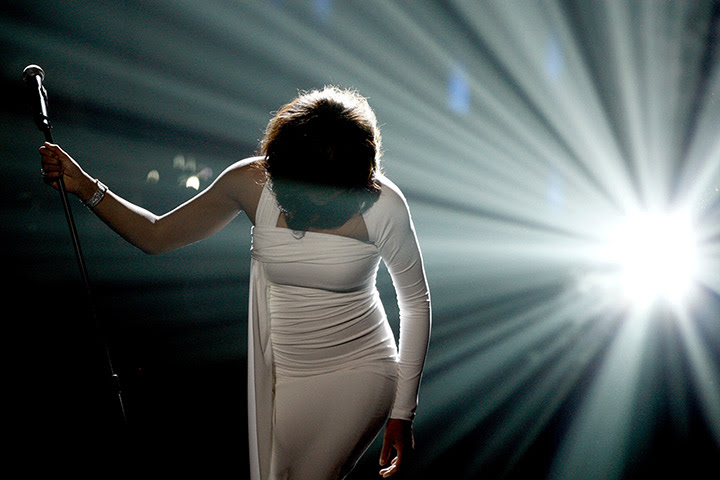 
Whitney Houston is dead. She was 48 years old. She could not win the battle with alchool and drugs that increasingly overshadowed her talent in the last years.

My conviction is  that when someone dies has the right to be remembered by the good feelings she or he awaked in our heart.

"She influenced a generation of younger singers, from Christina Aguilera to Mariah Carey, who when she first came out sounded so much like Houston that many thought it was Houston."
In the 90's, she was one pf the best singers pop |R&B.


At her peak, Houston the golden girl of the music industry. From the middle 1980's to the late 1990's, she was one of the world’s best-selling artists. She wowed audiences with effortless, powerful, and peerless vocals.

Her success carried her beyond music to movies, where she starred in hits like The Bodyguard
She was working on a ney album "On my own". Yesterday, Friday 10, she was  at a pre-Grammy party 2012.

The day after, she was found dead by her bodyguard. A premonintory film? The Bodyguard witk Kevin Costner?

"She had the he perfect voice, and the perfect image: a gorgeous singer who had sex appeal but was never overtly sexual, who maintained perfect poise."

After Amy Winehouse, Michael Jackson, Withney Houston joins a group of unforgetable musicians and singers who died too soon.

Whitney Houston, a tribute by G-Souto is licensed under a Creative Commons Attribution-NonCommercial-ShareAlike 3.0 Unported License.
Posted by G-Souto at 4:27 AM