e-Safety for Kids: Trust, a film about safety on the Internet 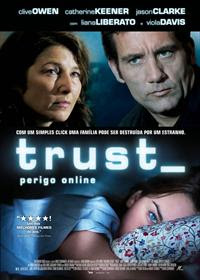 "Connecting generations and educating each other"

SID 2012 encourages users, young and old, to "discover the digital world together... safely"!

"With all of the potential that the online world and new technology offers, young people now have access to huge opportunities. They use technology to express themselves, explore, and be creative; it has changed the way they communicate."

Indeed! Internet changed the way we express and the way teens communicate with friends and no friends. And that is the other side of the Internet. So, I would like to share with you a special and difficult movie about teens on the Internet.

Child exploitation on Internet is worrisome. Reports said that 70% of this kind of abuse is passing by social networks. But, on this film, the young girl and the adult met in a "teen chat room" which is typical of these type of situations.

Chat rooms are generally considered more dangerous than social-networking sites because they encourage real-time conversations that can be easily moved to private instant-messaging venues. 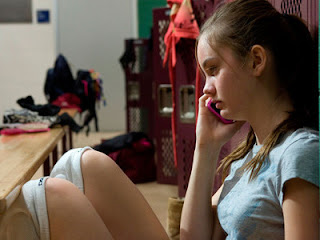 Young girls (between 12-17) as they grow up faster than boys, they love to expose themselves on the Internet, sharing everything: photos, privacy, sometimes home adress and school adress, specially when they are on teen chat room or other.

Predator' chat strategies are increasingly refined. Sometimes, parents are paying attention to their kids, but they don't 'see' how their lovely daughters are growing up so fast.

This is why, I would like to point Trust. The film was on the movies some months ago. And in France it is now.

I watched Trust (last year). The film didn't surprise me, but shocked me. I was prepared to the kind of predator but not for 'the predator' at the end.


After watching the film, I spent some time lost in my thoughts. I couldn't believe! Back to school, I discussed the movie with some teachers (men and women). Later, I discussed it with parents and their children, my students (up to 12-15).
I asked mysef - must I present the film on a post or not? - but finally, I could conclude that it is more important to share it with parents and other teachers, no matter how difficult the end can be.

One teen being exploited is one teen too many and if Trust can help prevent even a single teen from being emotionally or even physically harmed, then sharing the film will have been well done.

I think it is essential for parents to watch it too. Of course, it's also an important resource for teachers. By displaying the video in the classroom (high schools), teachers must introduce safety on the Internet.

The story centres on Annie 14 year old girl who meets a boy online who turns out to be a wolf in teenage clothing. He is actually a 35 year old paedophile who grooms the naive and gauche 14 year old, meets her and sexually abuses her. 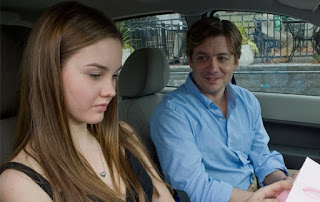 Annie (Liana Liberato), from a middle-class Chicago suburb, is a shy 14-year-old who strikes up an increasingly intimate online friendship with "Charlie"(Chris Henry Coffey), who claims he is 16, later on admitting to being in his mid-20s. By the time he flies in for an assignation with her in her hometown, we (unlike Annie) are not shocked to discover that he’s in his mid-30s. He takes her back to his hotel room and sweet talks the terrified but mesmerized girl into bed. (Mercifully, the scene fades out without showing anything explicit.) 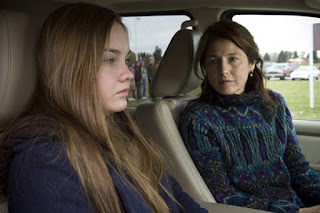 Annie and her mother
Trust
David Schwimmer, 2010
http://www.imdb.com/
Annie’s parents, Will (Clive Owen) and Lynn (Catherine Keener), are portrayed conventional types. When they discover what has happened to Annie, their coziness is shattered. Rape charges are filed (Annie, in deep denial, at first denies she was raped because she is in love) and the FBI conducts a manhunt for "Charlie," who has a long list of previous victims.

The film is based on data from the Crimes Against Children Research Center (CACRC), but the facts on it are fictional. 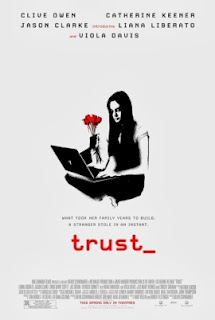 Trust
David Schwimmer, 2010
http://www.imdb.com/
Parents, wake up! If your teenager spends hours glued to their phone or buried in their rooms online on a laptop or PC, chatting or doing nothing, then you have to watch Trust.  Because instead of just shrugging, or smiling to yourself that you know where your kids are and what they are doing, this film will show you just how at risk they really are.

Kids and young adolescents do need to be reminded that not everyone they meet online is who they say they are. As parents, you might wonder whether what they are doing is safe.

As parents, you might also be thinking how can you be as good a parent online as you are offline?

Parents need to understand that it's important to stay in close touch with their kids' online use. Dialogue is very important, but it is not enough. 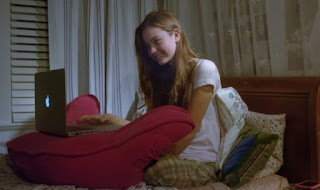 The story centres on Annie 14 year old girl who meets a boy online who turns out to be a wolf in teenage clothing.  He is actually a 35 year old paedophile who grooms the naive and gauche 14 year old, meets her and sexually abuses her.  But she denied that, she is in love with 'Charlie' and she suffers a lot when he goes away.

Even kids and adolescents like to be independent, they must have the skills since the younger age, for the safe use of Internet. So, at home, in school, they must be alerted and taught how important it is to their safety.

Safer Internet Day is an good start for parents and teachers to sit together with children or students and discuss those important issues.

As students participating in the different activities for Safer Internet Day, they are learning about dangers and they are developing the skills  to keep themselves safe when they are online. 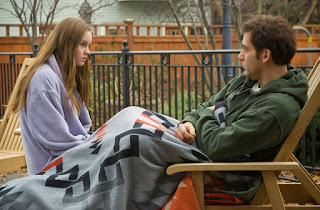 The film shows how it is done, how easily it is done, and then the fall-out from what happens. Parents are completely lost.
"Abuse has a terrible impact on children, and on whole families, whether perpetrated from within or outside their nest: at times, you will be watching through your fingers."
We also need to understand that the internet is simply a place.  Somewhere your kids go to hang out.  And if they were doing that physically, you would want to know where they were going and who they were going with.
Parents need to start asking the same kind of questions, when their teenagers are online, ignoring the one word 'nowhere' or 'no-one answers'.
Because just as when they head out the door, everytime they go onto an online space there are potential risks.  And while you cannot be there with them, you should at least attempt to satisfy yourself you know where they are going and with whom.
Trust conveys, at its best, is that ultimately parental protections are not full proof, and that is the greatest horror of all.

Trust
David Schwimmer, 2010
http://www.imdb.com/
The film also shows how pervasive technology can be in teens lives and also how sexualised the society has become. And this is the hard bit for parents! Parents can also benefit by watching how Annie's dad evolves during the film.
My thoughts: teachers and parents

Teachers help students to understand the safe use of Internet in the school, it's a fact! But parents must pay attention at home and help too. Absolutely.
Children grow and become more independent, it is only natural that they take this independence online.
Parents and teachers have to instil in our young people an ability to keep themselves safe. Resilience had gone out of fashion in child care lingo but actually it is vital.

Most kindergarten and preschool curricula do not include lessons on new technologies, but they should. Including concepts of modern communication through new technologies and social networks in daily vocabulary and activities is essential.

The participation of kids and young adolescents at Safer Internet Day is a very important activity to include safety on internet into school curricula and family activities.
If you and your kids or students watch the movie, use it as a discussion starter, and remember, your 'kids are probably all right'.

*Note: The film shows disturbing material involving the rape of a teen, language, sexual content, and some violence.

But nothing that you can not overtake as parents or teachers if you use an open discussion.

Watch David Schwimmer talking about his film Trust, which captures the havoc wreaked upon a suburban American family when a teenage girl is groomed for sex by an online predator:

"We just want people to engage more in being a more present parent." said David Schwimmer, Trust director. The key message is communication.

We cannot always protect our children, including the ones we don’t know, and we need to give them the skills to keep themselves safe. Knowing how to sniff out trouble, knowing how to avoid it, and knowing how to handle it when it comes knocking are key essential life skills.

Please search for latest information on websites your kids like to visit, mobiles and new technology. Find out what’s good, what’s not and what they can do about it.

There are always areas on websites about safety if you look after young people, with resources that teachers and parents can use at home,  at school or just to get with it.
Most importantly, there’s also a place which anyone can use to report if they feel uncomfortable or worried about someone they are chatting to online.

Crimes Against Children Research Center (CACRC), Child Exploitation and Online Protection Center (CEOP) are developing software that tracks the Web's evolving child pornography lexicon as well as predators' chat strategies to help law-enforcement agencies catch the most secretive of these criminals before they strike.

"The Internet is positive for children – not just for online education, but as a place to socialise, play and create. But whether they're doing it for work or play, they must be able to do it safely, to forge positive relationships and cope with online risks."

Neelie Krois
Vice-President of the European Commission
Responsible for the Digital Agenda
Is there an Internet active young person in your life, that you care about? Trust should probably be on its list of movies to see.

e-Safety for Kids : Trust, a film about safety on the Internet by G-Souto is licensed under a Creative Commons Attribution-NonCommercial-ShareAlike 3.0 Unported License.

References | Resources for parents and teachers :