The Perseids shower
credits:  Lowell Observator
https://lowell.edu/
The Perseid meteor shower (also known as the Perseids) greets stargazers every year from mid-July to late August. This year the shower will peak between Aug 11-12, according to the American Meteor Society (AMS)
(opens in new tab)

The 2022 Perseids won’t be quite as spectacular as they were in 2021, due to the full moon illuminating the sky. See the Moon posing with various planets throughout the month, plus catch the peak of the annual Perseid meteor shower.

The annual Perseid meteor shower will peak August 12 and 13.
Last year, the moon was just a thin crescent and didn't obscure the view of the meteor shower too badly, but the moon's glow is a continuing concern for skywatchers looking for a clear view. Even though the Perseids are especially bright, moonlight can make viewing a bit tricky. This year, the peak of the Perseids will be affected by the full moon illuminating the sky.
Most of the Perseids are tiny, about the size of a sand grain. Almost none of the fragments hit the ground, but if one does, it's called a meteorite. This beloved, annual sky spectacle is caused by the comet Swift-Tuttle. 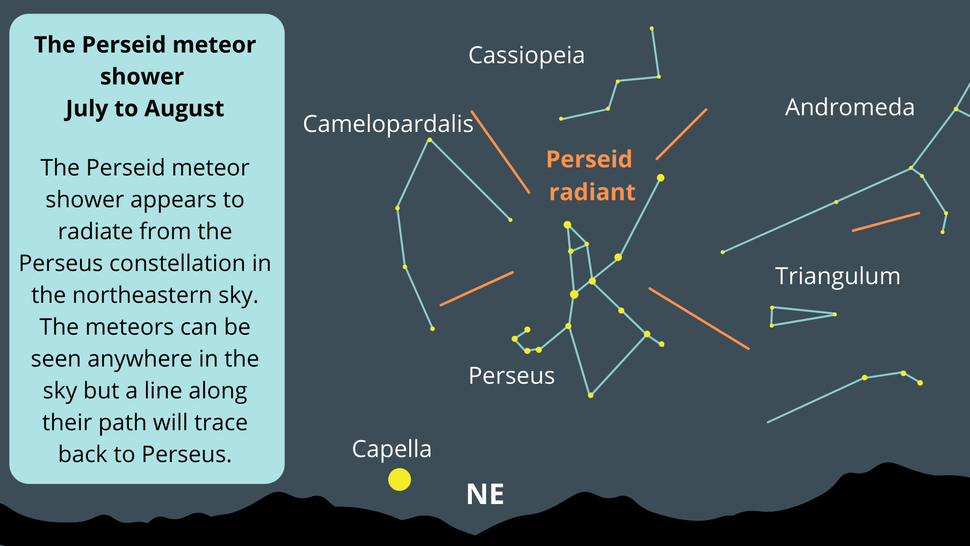 Comet Swift-Tuttle is the largest object known to repeatedly pass by Earth; its nucleus is about 16 miles (26 kilometers) wide. It last passed near Earth during its orbit around the sun in 1992, and the next time will be in 2126.

When you sit back to watch a meteor shower, you're actually seeing the pieces of comet debris heat up as they enter the atmosphere and burn up in a bright burst of light, streaking a vivid path across the sky as they travel at 37 miles (59 kilometers) per second, according to NASA.

The Perseids generally appear to radiate from a point high in the north, called the "radiant." But you need only point yourself generally toward the north and look up.
And while we're talking meteors, did you know many of these "shooting stars" come from comets? Most of the annual meteor showers we observe take place as Earth passes through trails of debris left behind by active comets orbiting the Sun, casting off little bits of dusty debris in their long tails. 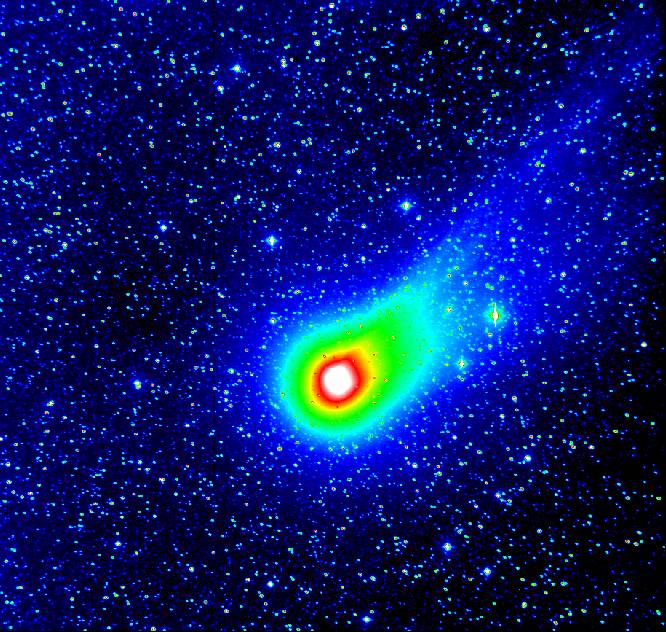 Comet Swift-Tuttle
credits: Jim Scotti, University of Arizona
via Space.com
The Perseid meteors come from a comet called Swift-Tuttle, which orbits the Sun every 133 years. This is also the reason for the formation of the annual Perseid meteor shower on Earth.
Every year from mid-July to late August, observers are able to admire burning cometary debris all over the sky. This year, the peak comes from the evening of August 12 until the morning of the 13th. The moon will enter a phase of the crescent, eliminating additional lighting. The sky will be perfectly dark for viewing the meteor shower.
The Royal Observatory Greenwich in London said: “As the bits of rock and dust in the stream of debris collide with the Earth’s atmosphere, they burn up and create fiery streaks across the sky.”

Education:
A veritable ritual for summer stargazers, the Perseids are considered one of nature's best fireworks shows, with dozens of shooting stars an hour falling at peak times.

You can see the Perseid meteor shower best in the Northern Hemisphere and down to the mid-southern latitudes, and all you need to catch the show is darkness, somewhere comfortable to sit and a bit of patience. 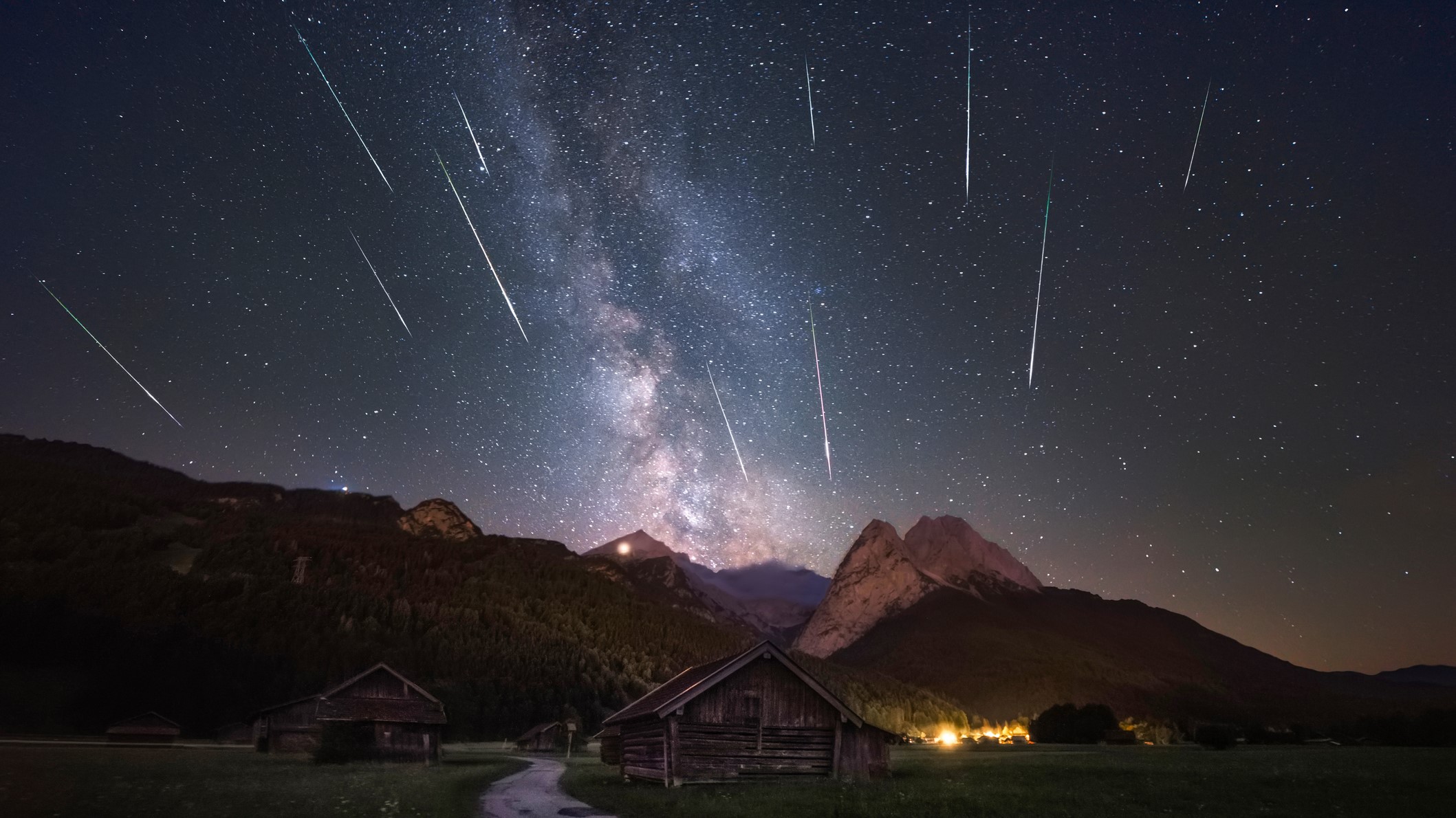 This is probably not the best year to make a special trip in order to see the Perseids, but, if you find yourself outside between midnight and dawn on Aug. 13, don’t forget to look up anyway.

Why? Because you never know – you might just catch one of the bright Perseid meteors that defies the glare of the Moon. Also, the occasional early Perseid can streak across the sky as much as a week beforehand.

The mornings of August 11 and 13 are worth trying, too. The morning of August 13 will present a thinner and less bright moon than on the previous dates … and also more hours of dark sky for meteor watching. So moonrise is a key factor for watching 2020’s Perseid meteor shower.
credits: unknown
via Google Images
As the full Moon subsides, the Perseids will begin to wane Aug. 21-22 and cease completely by Sept. 1. They’re the debris remnants of Comet Swift-Tuttle, a lumbering “snowball” composed of ice, rock, and dust, which orbits our Sun every 133 years. The comet itself was last visible to us in 1992 and won’t pass our way again until 2125.
How dark must be? Meteor-hunting toolbox:
To best see the Perseids, go to the darkest possible location and lean back and relax. You don't need any telescopes or binoculars as the secret is to take in as much sky as possible and allow about 30 minutes for your eyes to adjust to the dark. 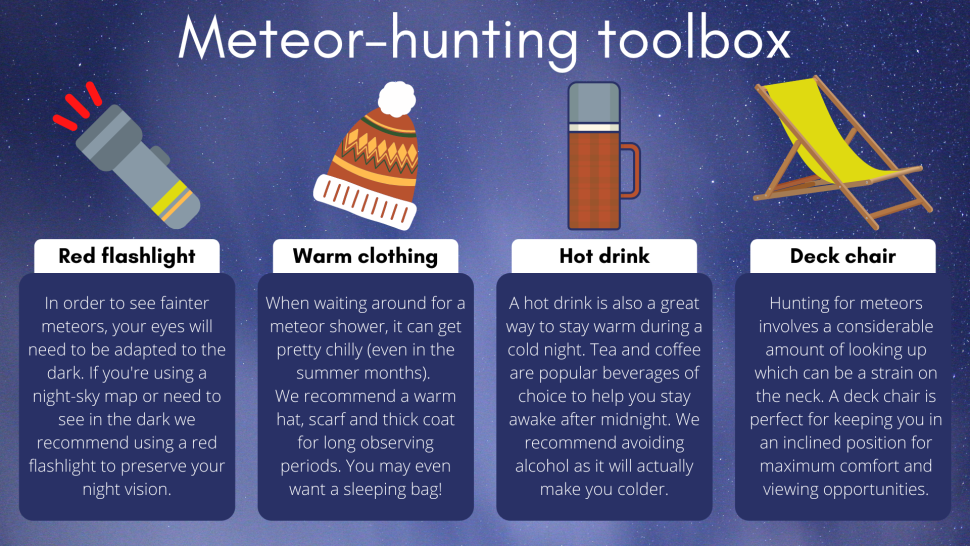 credits: Future
via Space.com
Visit Sunrise Sunset Calendars to find out when the moon rises in your sky, remembering to check the moonrise and moonset box.
Also, keep in mind that the Perseids tend to be bright. So we expect a number of them to overcome the moonlit glare over the next several mornings. Will you see as many as 40 to 50 meteors per hour in the predawn hours? Maybe! 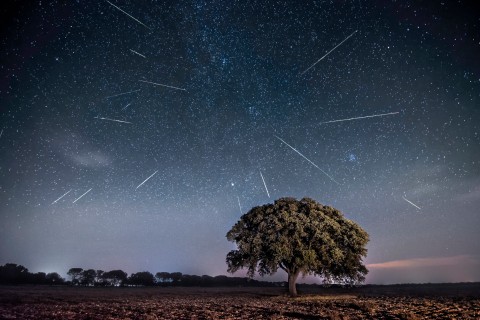 Hello Science : Here come the Perseid meteor shower : Look up to the sky ! by G-Souto is licensed under a Creative Commons Attribution-NonCommercial-NoDerivatives 4.0 International License.
Posted by G-Souto at 5:06 PM