Star Wars has released a heartstring-tugging new video montage celebrating the holiday with a subtle message in light of the coronavirus pandemic that might just restore our faith in the galaxy.

Star Wars Day began as an unofficial fan meme, occurring annually on this date because of the convenient wordplay on the film’s tagline, “May the 4th be with you.” The holiday has since been officially adopted by the Star Wars organization.


The one-minute, 40-second video features sentimental snippets from various Star Wars productions going back to the 1977 original, and including spinoff cartoon Clone Wars. Halfway through the reel, a voiceover reads one line:

“When you find people who need your help, you help them - no matter what.”

This day also marked the long-awaited finale to The Clone Wars (cartoon), which began in 2008 but was abruptly canceled in 2013 during Disney’s acquisition of Lucas film, leaving fans to wonder what had been in store for the final seasons. 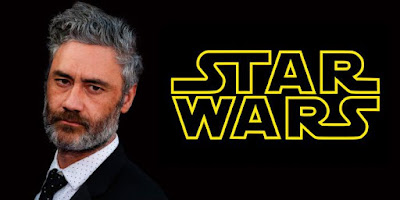 By the way, Oscar-winning writer-director Taika Waititi Jojo Rabbit has been confirmed to create Star Wars film adventure in Star Wars universe with 1917 writer Krysty Wilson-Cairns. The movie does not yet have a release date.

And now, time to the review of the most popular posts of March...

Here are the most popular posts of the month:

If you're already back to school, or will be back soon, stay safe!

Hope and resilience! Be kind to those who need you. And patient with your students! It's a difficult time to you and to them.

They would never thought to watch the horrendus news and images. And sometimes feeling apart from their family, a grandmother or a grandfather. Missing the school mates and friends, even from teachers and school.

"When the world is running down, you make the best of what's still around."

March in Review & Star Wars : May the 4th Be With You by G-Souto is licensed under a Creative Commons Attribution-NonCommercial-NoDerivatives 4.0 International License.