Schools : E.T. Holiday Reunion : a commercial ? Why not ! 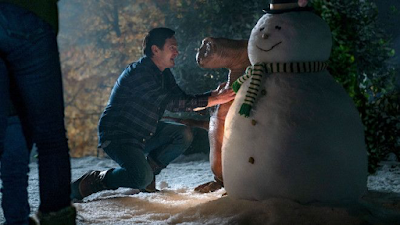 Christmas Season approaches. So well, this Thanksgiving, E.T. did more than  a 'phone home', he came home - at least for a little while...

The iconic extraterrestrial from Steven Spielberg's 1982 hit movie E.T. appeared in a new nostalgic Xfinity commercial shown last Thursday. And at over four minutes long, it's a lot like a super-short sequel to the Oscar-winning movie. 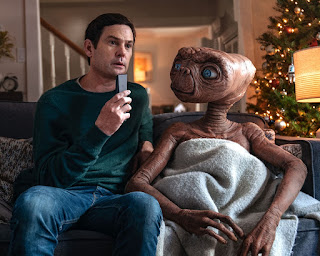 The short film brings E.T. back to Earth, where he shows up at the home of his old pal Elliott, played by a now-grown Henry Thomas, 37 years after the two met in the film.

"A lot has changed since you were here," Elliott says, and that's an understatement.

After 37 years, E.T. comes back to visit his friend, Elliott, for the holidays. During his stay, E.T. learns that Elliott now has a family of his own and that technology has completely changed on Earth since his last visit. 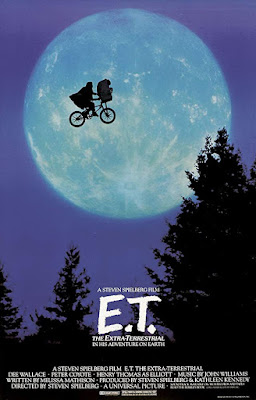 E.T. was the most popular movie of the 1980s. Me and my kids went to the movies. And everyone cried at the end with this touching story between Elliot and the lovely allien E.T. (called E.T., condensing Elliott’s own name).

It humorously and movingly portrayed grade-school kid Elliott (Henry Thomas), feeling lonely during his parents’ separation, as he develops a friendship with an alien from outer space.

Using a device of his own, E.T. shows his Elliot an image of his own far-off family.

And there are plenty of nods to the original film, including E.T. maintaining his love for Reese's Pieces, the flying bike scene, and Elliott's son wearing pajamas that look like those his dad wore in E.T. 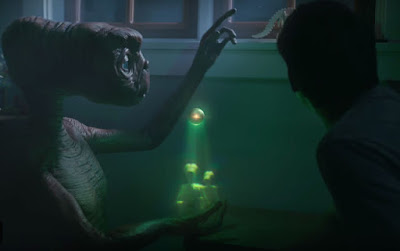 A Holiday Reunion
XFinity, 2019
https://www.xfinity.com/ET
The ending, while a bit sad, is a sweet completion of the holidays are for reuniting with family theme that runs through the ad.

"The audience is going to get everything they want out of a sequel without the messy bits that could destroy the beauty of the original and the special place it has in people's minds and hearts," (...) "It's really a win-win."

Fans seem to think so, too. In 16 hours, the YouTube version of the ad had been watched more than 1.8 million times. 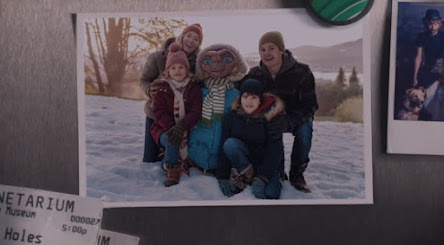 The extra-terrestrial is a squat, brown-skinned, wide-eyed creature with whom white-American suburban-boy Elliott experiences telepathic empathy: psychological projection made real.

Remember, everything is possible when we want to have the attention of our students into the school curriculum! The important is how you will introduce new staff into your lessons and how to explore it in a pedagogical way.

Schools : E.T. Holiday Reunion : a commercial ? Why not ? by G-Souto is licensed under a Creative Commons Attribution-NonCommercial-NoDerivatives 4.0 International License.