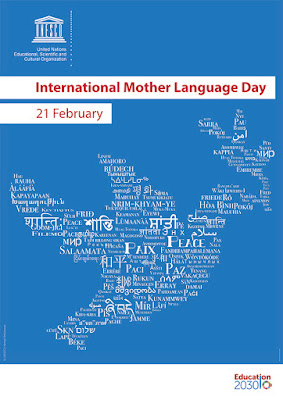 “Indigenous peoples have always expressed their desire for education in their own languages, as set out in the United Nations Declaration on the Rights of Indigenous Peoples."

The date represents the day in 1952 when students demonstrating for recognition of their language, Bangla, as one of the two national languages of the then Pakistan, were shot and killed by police in Dhaka, the capital of what is now Bangladesh. 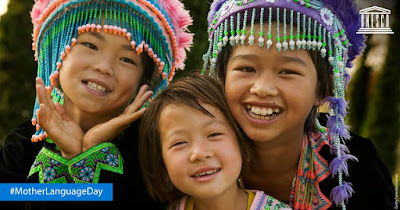 Theme 2019: "Indigenous languages as a factor in development, peace and reconciliation."

Since 2019 is the International Year of Indigenous Languages, the theme of this year’s International Mother Language Day will be indigenous languages as a factor in development, peace and reconciliation.

"Indigenous peoples number some 370 million and their languages account for the majority of the approximately 7,000 living languages on Earth. Many indigenous peoples continue to suffer from marginalization, discrimination and extreme poverty, and are the victims of human-rights violations. " 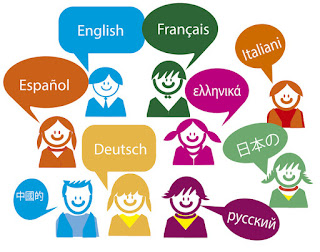 Languages, with their complex implications for identity, communication, social integration, education and development, are of strategic importance for people and planet. Yet, due to globalization processes, they are increasingly under threat, or disappearing altogether. When languages fade, so does the world's rich tapestry of cultural diversity. Opportunities, traditions, memory, unique modes of thinking and expression — valuable resources for ensuring a better future — are also lost.

At least 43% of the estimated 6000 languages spoken in the world are endangered. Only a few hundred languages have genuinely been given a place in education systems and the public domain, and less than a hundred are used in the digital world. 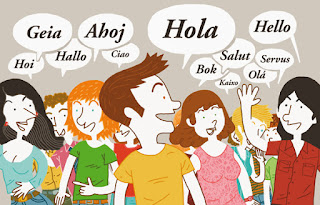 Globally 40 per cent of the population does not have access to an education in a language they speak or understand. Nevertheless, progress is being made in mother tongue-based multilingual education with growing understanding of its importance, particularly in early schooling, and more commitment to its development in public life.

Languages are the most powerful instruments of preserving and developing our tangible and intangible heritage. All moves to promote the dissemination of mother tongues will serve not only to encourage linguistic diversity and multilingual education but also to develop fuller awareness of linguistic and cultural traditions throughout the world and to inspire solidarity based on understanding, tolerance and dialogue.
Multilingual and multicultural societies exist through their languages which transmit and preserve traditional knowledge and cultures in a sustainable way.

In 2016, the United Nations General Assembly adopted a resolution proclaiming 2019 as the International Year of Indigenous Languages, based on a recommendation by the Permanent Forum on Indigenous Issues.

At the time, the Forum said that 40 per cent of the estimated 6,700 languages spoken around the world were in danger of disappearing.  The fact that most of these are indigenous languages puts the cultures and knowledge systems to which they belong at risk. 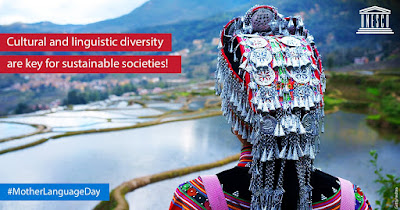 Celebrating IYIL2019 will help promote and protect indigenous languages and improve the lives of those who speak them.  It will contribute to achieving the objectives set out in the United Nations Declaration on the Rights of Indigenous Peoples and the 2030 Agenda on Sustainable Development.

The celebration is also expected to strengthen and reinforce the many standard-setting tools adopted by the international community which include specific provisions to promote and protect languages. 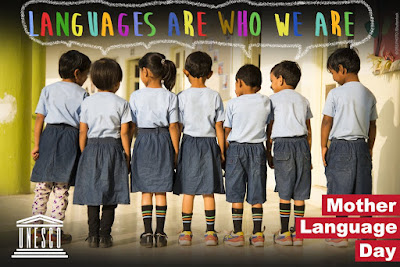 Education in the mother language is an essential part of achieving these goals, to facilitate learning and to bolster skills in reading, writing and mathematics.

It requires a sharper focus on:

Quality education should be delivered in the language spoken at home. However, this minimum standard is not met for hundreds of millions, limiting their ability to develop foundations for learning.

Increasingly, information and knowledge are key determinants of wealth creation, social transformation and human development.
Literacy programmes and methodologies are most relevant and respond to the needs of learners when they are context-related, bilingual and support intercultural understanding within the framework of lifelong learning.

"Multilingual education based on the mother tongue (s) in the early years of schooling plays a key role in fostering respect for diversity and a sense of interconnectedness between countries and populations, which are core values at the heart of global citizenship. As such, it contributes to the fostering of learning to live together."

Indigenous Languages provide a unique understanding of perspectives of people from all around the world. Losing them means losing the knowledge & beauty they add to our lives.

Let’s act together to protect the rich diversity & value of native languages!

To celebrate International Mother Language Day 2019, the Office of the United Nations Ombudsman and Mediation Services invites you to send your favorite proverb in your mother tongue on the following topics:

The proverbs will be compiled, and the most appropriate ones will be selected to be published on our website and other digital communication tools.

Invite your students to send proverbs in mother language on one or two pf these topics. I'm sure they will be very happy to participate on this challenge. 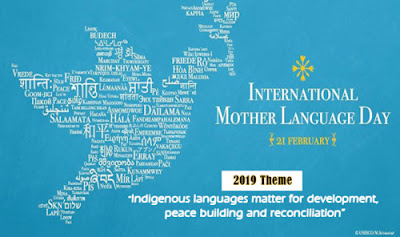 Visiting the official site IYIL2019, ask for help to contact a indigenous school to share some activities. It would be very interesting! And students would love it!

When we lose a language, we lose a cultural heritage, the special ways different people express their relationships, their families, and the world that they see.

Language acquisition and mother tongue literacy should ideally be supported by written resources such as - but not limited to - books, primers and textbooks, to support oral activities. Written materials in mother language reinforce learners’ literacy acquisition and build strong foundations for learning.