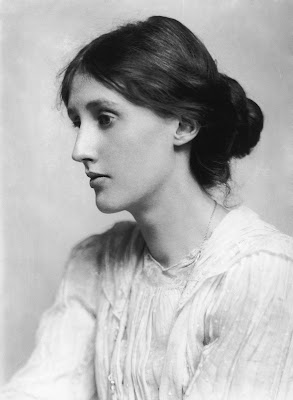 “I see children running in the garden…The sound of the sea at night… almost forty years of life, all built on that, permeated by that: so much I could never explain."

Virginia Woolf, the English author was a pioneer in the use of powerful stream-of-consciousness narratives approach, harnessing a poetic vision that elevated sometimes mundane settings while examining the complex interior lives of her characters.

A unique literary style that established Woolf as one of modern feminism’s most influential voices.

Virginia Woolf's legacy has endured well beyond her tragic death, with the author's importance coming to the fore with the rise of the feminist movement in the 1970s. 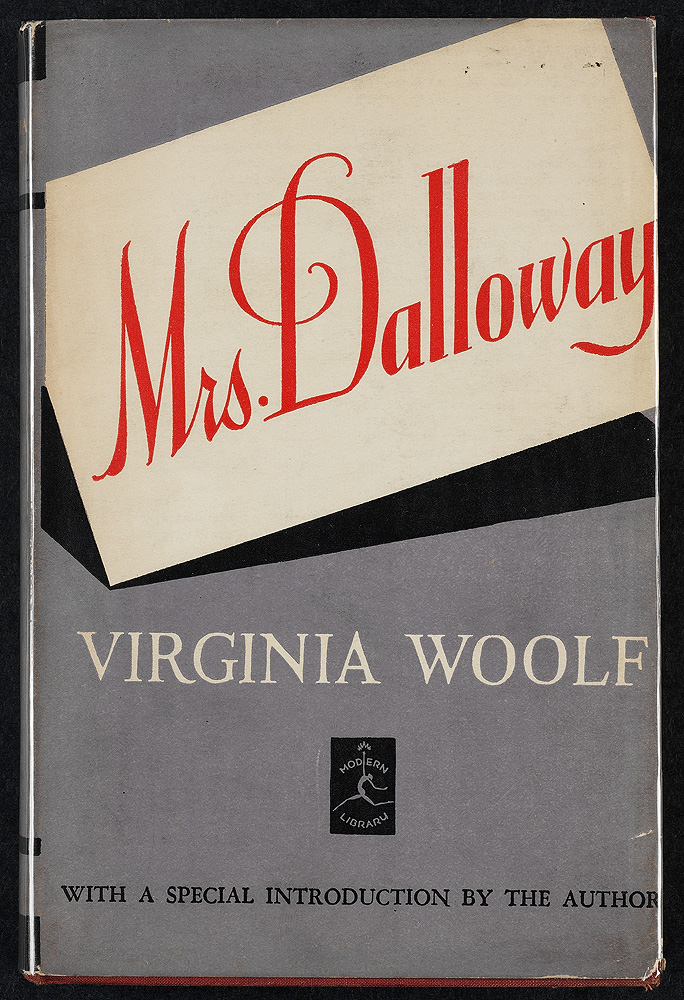 “Books are the mirrors of the soul.”

Virginia Woolf, Between the Acts

She is credited with popularising the stream-of-consciousness style of prose, giving the English novel a bold, new voice and pushing it beyond the tried-and-tested narrative structures of the Victorian era into fresh and experimental new territory.

To celebrate one of the 20th century's foremost novelists, Google dedicated its Doodle on Thursday to Virginia Woolf on the 136th anniversary of her birth.

In Woolf’s words: “The autumn trees gleam in the yellow moonlight, in the light of harvest moons, the light which mellows the energy of labor, and smooths the stubble, and brings the wave lapping blue to the shore.” 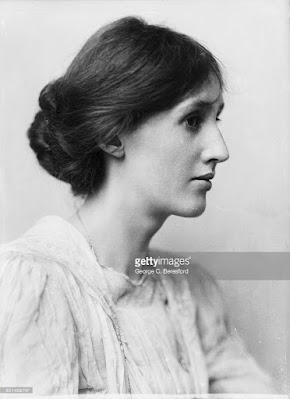 Virginia Wolf
credits: Getty Images
https://www.gettyimages.com/
Born in London in 1882, Virginia Woolf (Adeline Virginia Stephen) was home schooled in the English classics and Victorian literature for much of her childhood. She began writing professionally in 1900, becoming a significant member of London's literary society and the Bloomsbury Group, a collective of prominent contemporary intellectuals and artists.

She began writing at an early age, having her first piece published in December 1904, and writing for the Times Literary Supplement from the following year. 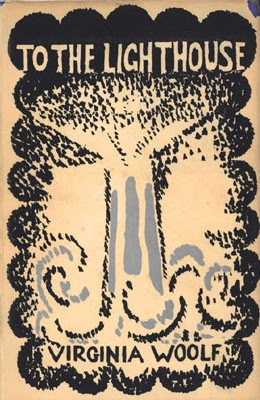 To the Lighthouse
Virginia Woolf, 1927
https://en.wikipedia.org/
While Woolf grew up surrounded by the London literary scene, it was her childhood memories of visiting the Cornish coast that inspired the settings of the English author's most powerful narratives, including "To the Lighthouse" (1927).

Along with her husband, Leonard Woolf, whom she married in 1912, she became part of the influential group of writers known as the Bloomsbury Group prominent in London during the early 20th century.

After completing the manuscript of her last novel (posthumously published), Between the Acts, Woolf fell into a depression throughout her life and killed herself in 1941, March 28, at the height of the Blitz, wading into the River Ouse in Sussex with stones lining her pockets to ensure she drowned.

A Room of One’s Own
Virginia Woolf
https://en.wikipedia.org/ 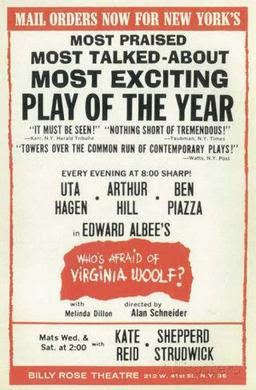 Who's Afraid of Virginia Wolf
play by Edward Ablee, 1962
https://en.wikipedia.org/
She's also well known for her non-fiction, particularly the book-length essays A Room of One's Own (1929) and Three Guineas (1938). These non-fiction works showcase Woolf’s unflinching feminist perspective by documenting the gendered intellectual stratification and resulting male-dominated power dynamics of the period.

A Room of One’s Own
Virginia Woolf
https://en.wikipedia.org/
it was her extended essay A Room of One’s Own (1929) that established her status as one of the most influential voices of feminism. In it, she examined the educational, social and financial disadvantages women have faced throughout history, arguing that:
" a woman must have money and a room of her own if she is to write fiction."

The Voyage Out
Virginia Woolf, 1915
https://en.wikipedia.org/

Woolf's first novel, The Voyage Out, was published in 1915, and her subsequent writings established her as one of the leading novelists and essayists of her time.
Virginia Woolf also wrote pioneering essays on artistic theory, literary history, women’s writing, and the politics of power.
She would later be revived as a feminist icon, however, celebrated for her independent example and famous for her dictum :
"A woman must have money and a room of her own if she is to write fiction." 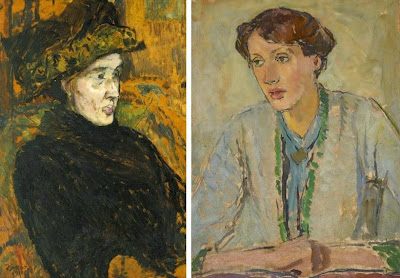 Growing up is losing some illusions, in order to acquire others.”

My readers know I've a master in Literature and Linguistic. So every time I can, I write about Literature. The love of books inspires me all the time. Great novelists and poets are my passion. I read so many books. 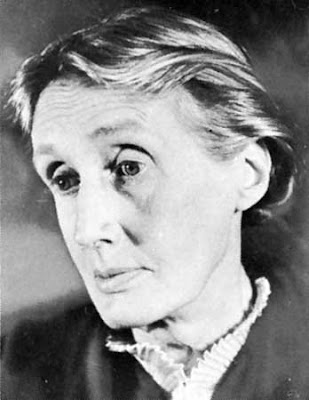 Of course, Virginia Woolf is a novelist included into college studies in Literature. And some texts into high school curricula. Wolf was one of my favorite authors in college.

But there are some books and excerpts of her famous novels that we can include into high school curriculum.

Choosing some books by Virginia Woolf, the British modernist, you can teach students how to understand Narration: description, characters, for example.

I would choose : Mrs. Dalloway; The Voyage Out; Kew Gardens (short story); To the Lighthouse (excerpts) containing childhood emotions.

"Woolf is widely regarded as one of Britain's greatest novelists, whose influence on the literary world continues to be felt to this very day."

Virginia Woolf - Only Surviving Recording of Her Voice

Part of a BBC radio broadcast from 1937. Among other things, she discusses the process of writing, the difficulties of finding words for new experiences, and the question of where the meaning of words reside.
British Library : Virginia Wolf 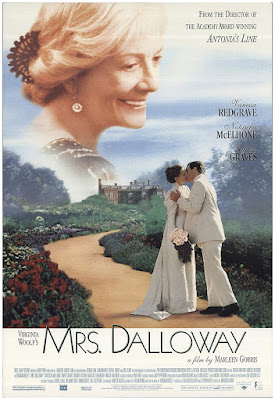 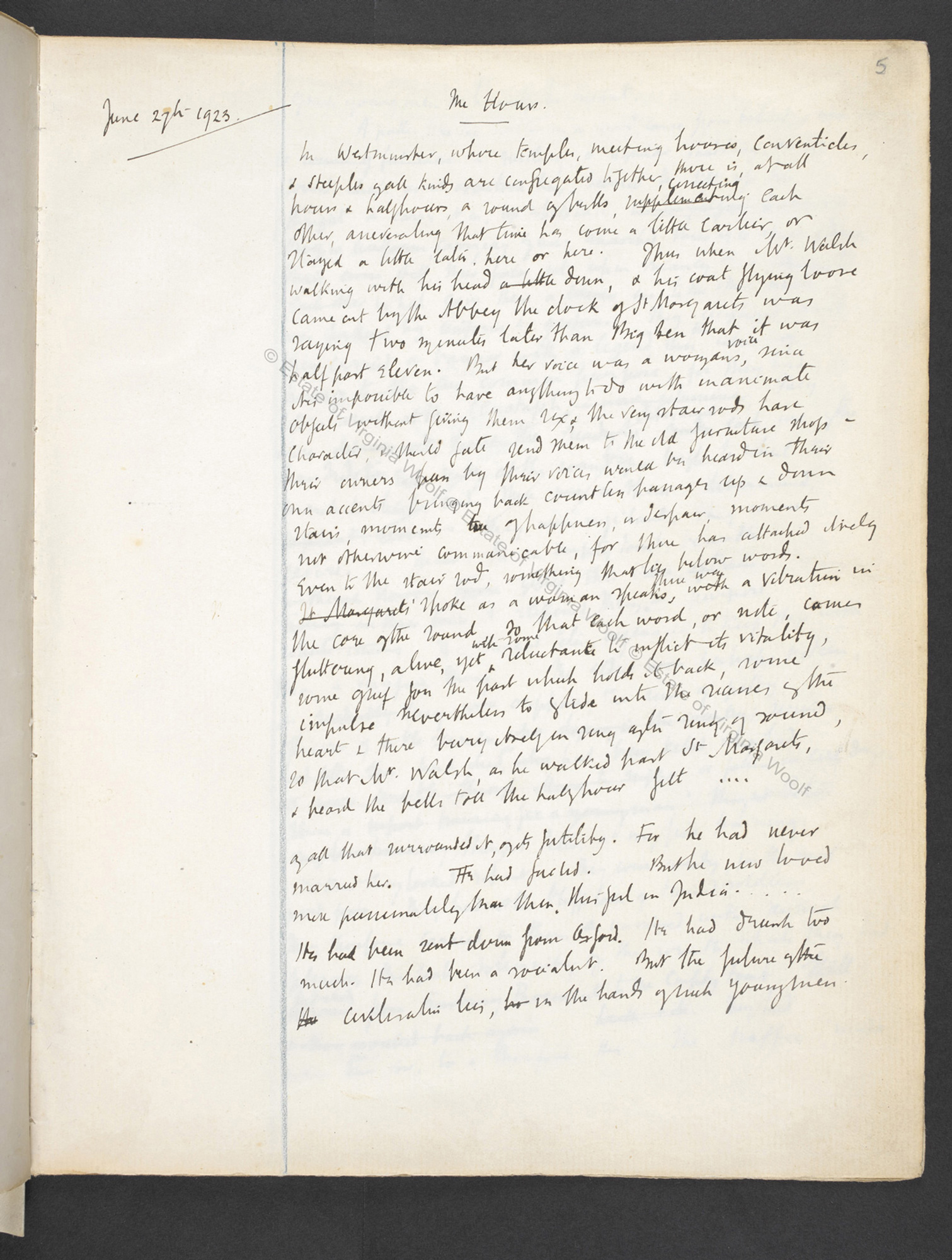 "Fiction is like a spider's web, attached ever so lightly perhaps, but still attached to life at all four corners."

Virginia Woof, A Room of One's Own