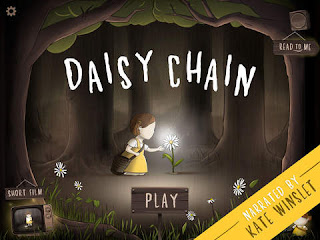 Daisy Chan is an interactive story with games elements by the Australian writer-director Galvin Scott Davis. Created in the moment his little boy was bullied, he wanted to comfort him by reading him a book about overcoming bullies. But he didn't find one in the bookshelf. So he turned to his own imagination and made up this lovely story.

The animation has grown out of that original bedtime story about a boy called Benjamin Brewster and his magical dandelions. 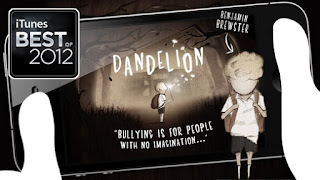 The app is the sequel to the #1 Book App, Dandelion. Daisy Chain has been designed to help children guide the hero, Buttercup Bree, through pages of challenges and overcome the angry bullies.

By helping Buttercup use her magic daisies, kids can help her move through the dark world that surrounds her and bring colour and light to the pages.

Kids will listen to the inspiring story told to them by one of the world's most respected and successful actresses, they will be absorbed by the incredible soundtrack and will take each game-like challenge to the next level. 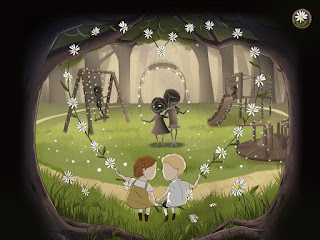 screenshot Daisy Chain
https://itunes.apple.com/
“My middle boy was acting quiet and I found out that he’d been bullied. It wasn’t a bad case of bullying but it was enough to make him lose his confidence,” (...)
“So I sat down and told him a bedtime story off the cuff. And I finished with the line ‘bullying is for people with no imagination’.”

Davis’ son settled his little bullying problem by using his own creativity. “When he was bullied I sat down with him and I started to tell him about this little boy who had lost his identity and how he was able to use his dandelions to create things that he liked and the bullies liked,” (
“The next day he called the bully over and he asked him to make a comic book together.” 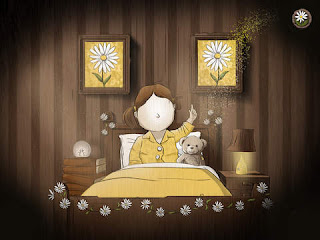 
The animation has grown out of that original bedtime story about a boy called Benjamin Brewster and his magical dandelions.
“I am not a bullying expert,” (...) “I am just a writer. But it seems to me that it is much worse now because of social media and electronic device.

Devices can be brilliant but it is so easy for someone to click a button and a million people are suddenly seeing a photo, and the impact on children is devastating.” 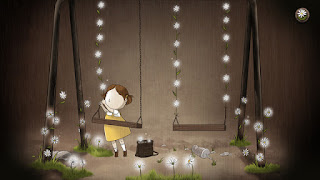 Synopsis:
In Daisy Chain, Buttercup’s bullies take a photo of her and post it on every tree in sight until she can’t escape it anywhere. The proliferation of images represents the internet in Buttercup’s world, which Davis designed as a dark environment in the style of a quirky Tim Burton film.
“Kids books were edgier when I was a kid, didn’t pander too much to the child. So I thought about the Tim Burton world and I don’t think it would have computers so the idea was to use photos pinned to trees.”

Daisy Chain is now an app, book, and animated short movie. Starting with the app:
App for education : Anty-bullying
As the director of Sydney digital media agency Protein, Davis had the means to transform his idea into an app, using ground-breaking technology that allowed the user to blow objects from the screen. The theme that inspired it was that final line from the bedtime story. 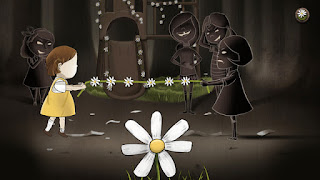 screenshot Daisy Chain
https://itunes.apple.com/
It struck a chord and Dandelion won multiple awards and became the top-selling book app in Australia for 2012.

This app is designed for both iPhone and iPad. And iPod touch. 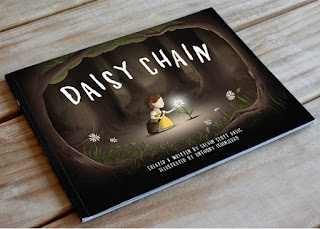 Book:
Davis wanted more. Winning awards and a picture book weren’t enough for him. He wanted to make a film which could be widely shared for free on the internet. So he approached Screen Australia with the idea for Daisy Chain.
“When we received Galvin’s proposal, what really stood out for us was the way film, story and technology were being used to not only entertain but to inform and prompt critical thinking in this very young audience,”

In Daisy Chain, a little girl called Buttercup Bree who has her own experience with bullies is helped by Benjamin to use her daisy chains to counter them.

The stunning short is beautifully narrated by Winslet, illustrated by Anthony Ishinjerro, animated by Frederick Venet and set to music by Hylton Mowday.

Movie?
The film is available online for free.
Daisy Chain is available online for free, with an interactive app for Apple devices (not for free) aimed at primary school.
Aim:
Davis has teamed up with anti-bullying groups Bully Zero (Australia), Pacer (US)
the US and Anti-Bullying Alliance (UK) to use the animated movie as a tool to help school-aged children combat bullying.
“The short film of Daisy Chain is a vehicle for parents to broach the subject of bullying with their kids, regardless of whether they suspect their child may be the victim or the perpetrator.”
Oscar Yildiz of the Bully Zero Australia Foundation

Both the animated short film and interactive app are narrated by Academy Award-winning actress, Kate Winslet. As well as being one of the world’s most loved and respected actresses, "Kate is also an amazing advocate for tolerance and being happy with who you are.
The star of such huge hits as Titanic (young adults), "her narration brings a beautiful resonance to the story and has helped Buttercup’s tale to be shared globally.

The film is available online for free. 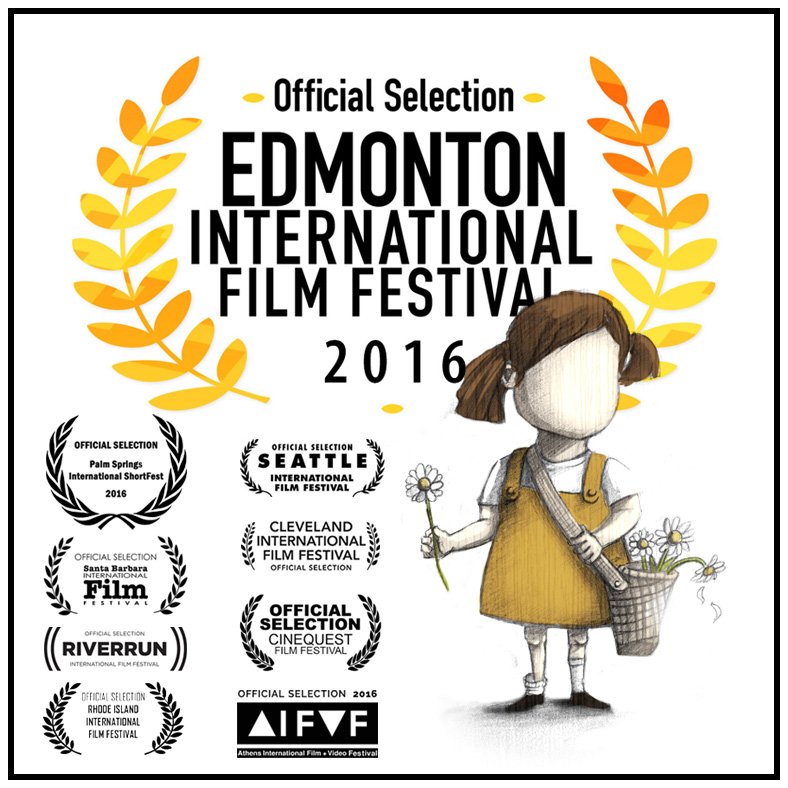 #EIFF16 are the 9th Oscar Accredited Festival to select #DAISYCHAIN
https://twitter.com/hashtag/DAISYCHAIN
Some thougts:

Teachers and parents must be alert to their students and/or children. If you suspect your student or child is bullied by another child or bullying another child, don’t ignore it.

Find a quiet time to ask or to talk to your student or child. Explain that bullying is unacceptable and that no one should have to put up with it. Promise to do all you can to stop it. And do it.

Make an appointment to see your child's class teacher as soon as possible.

It's not the first time I write on bullying at school. As a pedagogue, I helped my students to fight bullying, not be bullied or be a bully. I explain them and taught them not to be a victim by telling someone (parents, a teacher they like, an older brother) and not do it.

On the internet, I informed the students to be safe. Cyber-bullying is more dangerous.

My usual readers remember Disconnect: Education & Safer Internet (2014) or Trust: a movie about safety on the internet (2012).

I was one of the first teachers to include Safernet into my curricula. In 2005, I worked with students and trainee teachers on a project SOS : Bullying au collège.

So Daisy Chan - app, book, and animated movie - is a great support to include into the curricula as an anti-bullying educational resource in primary education.

Making this short film available on YouTube also made it incredibly accessible for schools, families and kids.

Unfortunately, bullying starts earlier at school. Bullying should not be viewed as an unfortunate but unavoidable part of school life.

No child deserves to be bullied - it's unacceptable behaviour and can have a devastating effect on the victim, kids or young adults.

"It's almost as if you were letting children loose on the highway without giving them training and support in how to cross the road."

Information:  The educational digital resources and tools published on this blog are my own choice. I don't do endorsements or advertising.